The Eagles’ handsome musicians Don Henley and Joe Walsh have shared a long-lasting career, and Walsh joined the band just in time, in 1975. Even though Henley thought that he might be too ‘wild’ for Eagles, he adapted quickly, and in a year, they released their iconic song ‘Hotel California.’ The track became a hit and is still considered one of the most influential songs.

However, Henley and Walsh did not only share a career with the Eagles; they also were fond of the same woman at different times. They were both pulled into an intense relationship with one of the most charismatic and charming musicians in the rock and roll world, Stevie Nicks.

She was and still is an icon, praised for her peaceful energy. She has a delicate way of moving on stage and astonishes the audience with her powerful voice. However, throughout her career, she also grabbed a lot of attention with her relationships to several musicians. Her driving force in writing influential and touching music primarily comes from the love and care she felt for her lovers.

She is mainly known for her relationship with Lindsey Buckingham because they joined Fleetwood Mac as a couple. Their dramatic encounters, relationship, and eventually break-up ignited a fire in their songwriting which carried the band to success. They had been a couple since 1966, and later, Nicks was attracted to Mick Fleetwood, and they were briefly together in 1977. 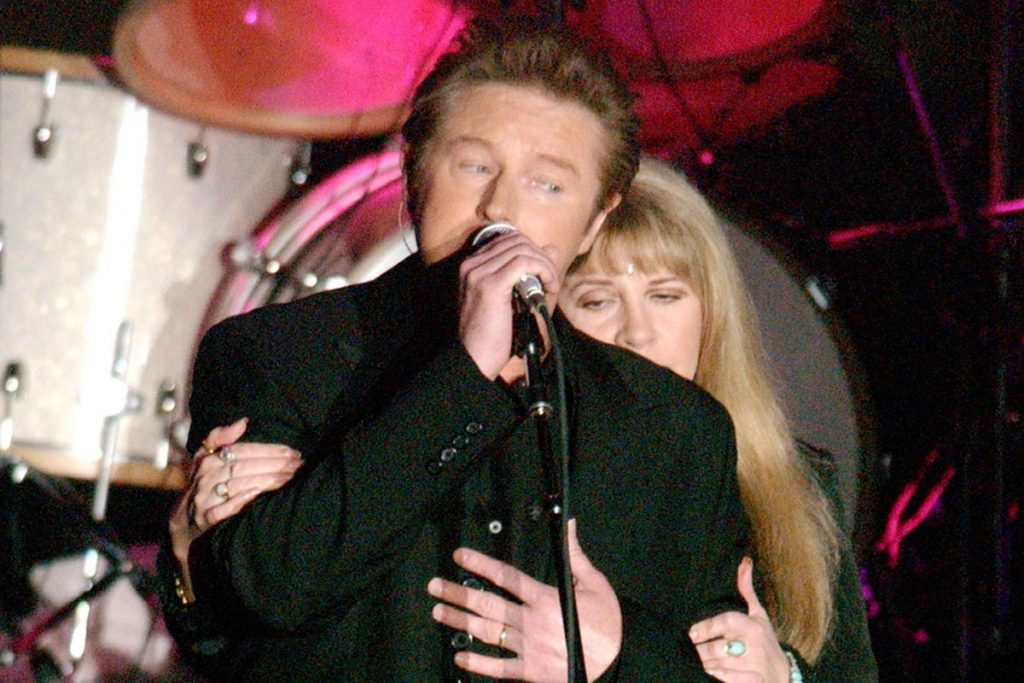 Nicks later dated the Eagles star Don Henley and got pregnant with his child. However, she had an abortion, and even though she knew she couldn’t have a baby, it hurt her to it give up and even wrote a song about it called ‘Sara.’ She had described these years as heartbreaking but, the reason why people thought ‘Sara’ was for the aborted pregnancy was because of Henley’s explanations.

He had stated in an interview in 1991 that if Nicks had a child, she would name her Sara. So once she released the song, Henley thought it was about their baby. However, Nicks never gave an official explanation about this. Instead, she admitted that she wrote the song for another Sara, a friend that married Nick’s ex-boyfriend Mick Fleetwood. After going through an intense relationship with Henley, they broke up, and later, she fell in love with the Eagles guitarist Joe Walsh and stayed together for three years from 1983 to 1986. Nicks connected to Walsh when he opened up to her about the daughter he lost. Since it is one of the worst things a father can experience, they had a deep emotional connection beginning with Walsh’s confidence in her to open up. Nicks had a mildly similar experience when she aborted her pregnancy with Henley, so she related to Walsh at that point.

The emotions and feelings got stronger as they both shared deep memories from when they were heavy drug addicts. The couple triggered each other’s drug intake, and it was getting out of control so, one day, Joe Walsh chose the healthy road and decided to end the relationship.

This was Nick’s worst heartbreak, and it took her years to get over it. In a 2007 interview, she stated that she might have never gotten over Walsh and that he was the love of his life among all the lovers she had. She went further to admit that if she were to marry someone and Walsh had asked her, she would have said ‘yes.’

Here are some of the things Nicks said about the love of her life:

“We were probably the perfect, complete, crazy pair. He was the one I would have married, and that I would probably have changed my life around for a little bit, anyway. Not a lot. I loved him. I really looked after him, and that’s what probably scared Joe the most. We were busy superstars, and we were doing way too many drugs. We were really, serious drug addicts. We were a couple on the way to hell.”

Here is what she stated about their break-up:

“It nearly killed me. We had to break up, or we thought we’d die. We were just too excessive. But there was no closure. It took me years to get over it if I ever did. It’s very sad, but at least we survived. There was no other man for me. I look back at all the men in my life, and there was only one that I can honestly say I could truly have lived with every day for the rest of my life because there was respect, and we loved to do the same things.

I was very content with him all the time. That’s only happened once in my life. This man, if he’d asked me to marry him, I would have.”

Nicks was blindly in love, and she still seems to appreciate everything they did together when they had the chance. While Nicks has been married and divorced once, Walsh has gotten married five times to this day. He tied the final knot with Ringo Starr’s sister Marjorie Bach in 2008, a year after Nicks spoke about Walsh as the love of her life, and their marriage seems to be going strong.