The Complicated Relationship Phil Collins And His Daughter Lily Collins Had

Having a celebrity parent or parents has both advantages and disadvantages for the kids throughout their lifetime. Whatever celebrities go through, they are depicted in the media for the entire world to see and it doesn’t matter if they are a rockstar, pop star, or an actress.

The talented and successful Hollywood actress Lily Collins, currently known for her role in ‘Emily in Paris,’ gained success by starring in ‘Love, Rosie,’ and ‘Snow White,’ she also made the headlines with her relationship with her father, the Genesis drummer, Phil Collins.

Lily is Phil’s daughter from his second marriage with Jill Tavelman. Due to their problematic relationship and disputes concerning Phil’s ex-girlfriend, the couple went through a painful divorce when Lily was only five years old which gave her a long-lasting sadness in her life.

How Did Lily Collins Feel About Her Parents’ Divorce? Lily had anger towards her father throughout the years since, after the heartbreaking divorce, he wasn’t there much for her. Also struggling with alcohol addiction, Phil was concentrated on his tours and music instead of prioritizing his family. Lily opened up about this in her autobiography ‘Unfiltered: No Shame, No Regrets, Just Me.’

After being far from her father and not exactly establishing a solid relationship, she decided to forgive him for his absence by writing him an open letter. The actress forgave him for everything because no one could change the past and stated that she looked forward to building up a relationship with him in 2017. The letter was emotional as she stated that she will always be his little girl.

Here is what Lily wrote in her open letter:

“I forgive you for not always being there when I needed you and for not being the dad I expected. I forgive the mistakes you made. There’s still so much time to move forward. And I want to. I’m inviting you to join me. I love you with all of my heart, more than you’ll ever know, and am so thankful for you. I’ll always be your little girl.”

Taking A Look At Lily Collins’ Relationship With Her Father Lily told Daily Mail that she started to realize that her dad was famous when a man wearing Phil’s face on a t-shirt came up to them while they were in Disneyland. Puzzled Lily, didn’t make sense of the situation but started to get used to it with time.

Here is what she stated:

“I was being carried on my dad’s shoulders when this man started to walk towards us. He had my dad’s face on his T-shirt and I didn’t quite get it. Then he saw my dad and asked for a photo and it was a really weird moment. I was thinking, ‘Why does he want a picture of my dad, and why is my dad on his T-shirt?’ Slowly but surely, I started to understand.”

Lily never had strong anger towards her father but she missed him and wanted him around, their relationship problems were always emotional. Since the only thing Lily wanted was to spend more time with her dad, she looked for ways to make that happen and she chose to forgive him. Going back to her open letter, Lily stated that she is ready to accept him as who he is.

Here is how she continued her letter:

“We all make choices, and, although I don’t excuse some of yours, at the end of the day we can’t rewrite the past. I’m learning how to accept your actions and vocalize how they made me feel. I accept and honor the sadness and anger I felt towards the things you did or didn’t do, did or didn’t give me. I’ve learned a lot and my eyes and heart are wide open. I now understand that my frustrations surrounding our communication are not about changing you but accepting you as you are.”

How Is Phil Collins’ Relationship With His Daughter Now? 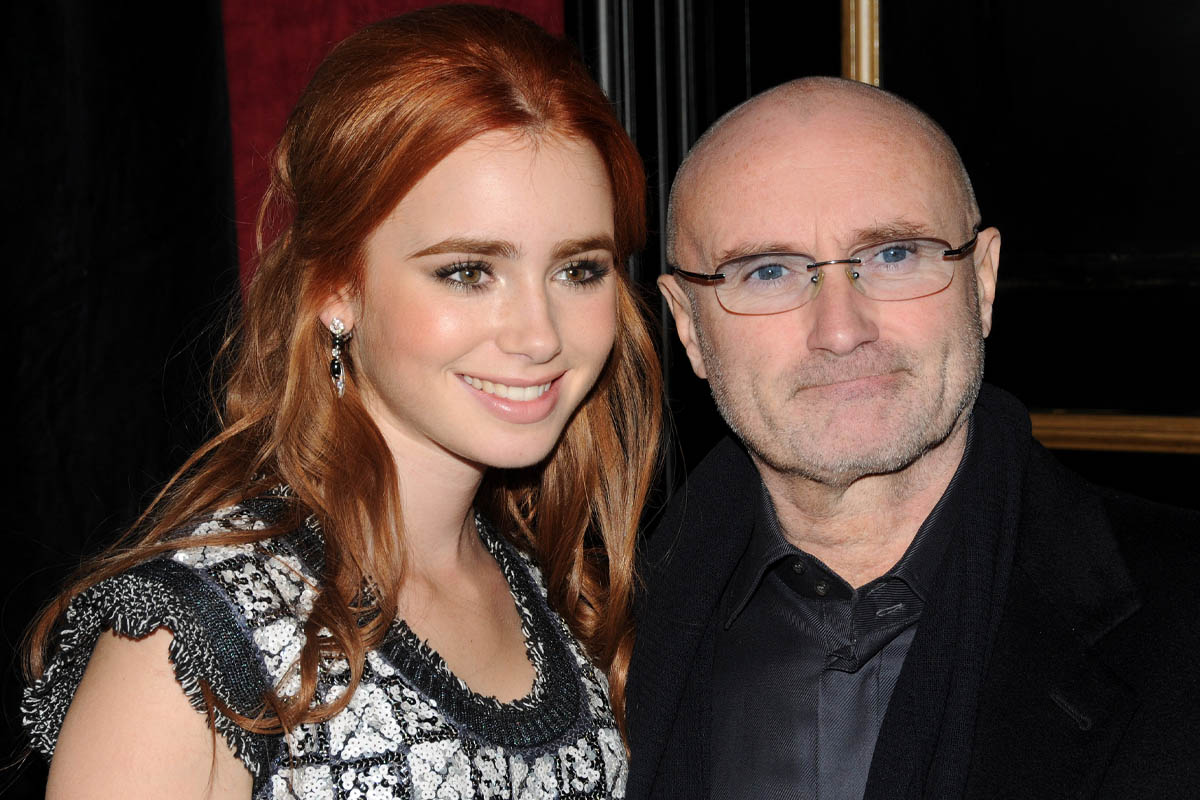 After Lily asked to re-establish their relationship, the duo seems to have figured it out recently. It’s a happy occasion for the fans to see Lily talk about her father in a positive way. In 2020, Lily posted a photo of her and her dad on Instagram for his birthday and showed a glimpse of their current relationship.

“For the past 30 years, I’ve watched you go through ups and downs and navigate highs and lows. We’ve traveled the world exploring and sharing amazing memories at home. We’ve laughed, cried, and sat in peaceful silence together. I’m eternally grateful for the lessons you’ve taught me and the moments we’ve shared. There are so many more exciting ones to come. No matter where we are or what we’re going through, my love for you deepens and my understanding of you grows. I love you to the moon and back again.”

After describing her love for her father, the fans in the comments section got very excited and some of them admitted that they didn’t even know Phil and Lily were related. Everyone is content that their relationship started to build up and is still working its way to improving more and more each day.