The late iconic musician John Lennon gained international fame and commercial success as The Beatles’ co-songwriter and co-lead vocalist. Lennon proved his unique talent with the band’s hit songs he wrote with Paul McCartney, so their collaboration was considered one of the most successful ones in rock music. The Beatles released twelve studio albums, and almost all of them hit the charts and became best-sellers.

Therefore, there’s no doubt that the band and its members, John Lennon, Paul McCartney, George Harrison, and Ringo Starr, became a great inspiration for their peers and young generation musicians who wished to pursue a career like them. Even after the band’s break up in 1970, they continued their careers as solo musicians and influenced other artists. Aerosmith was one of them after taking a Lennon album as an example. 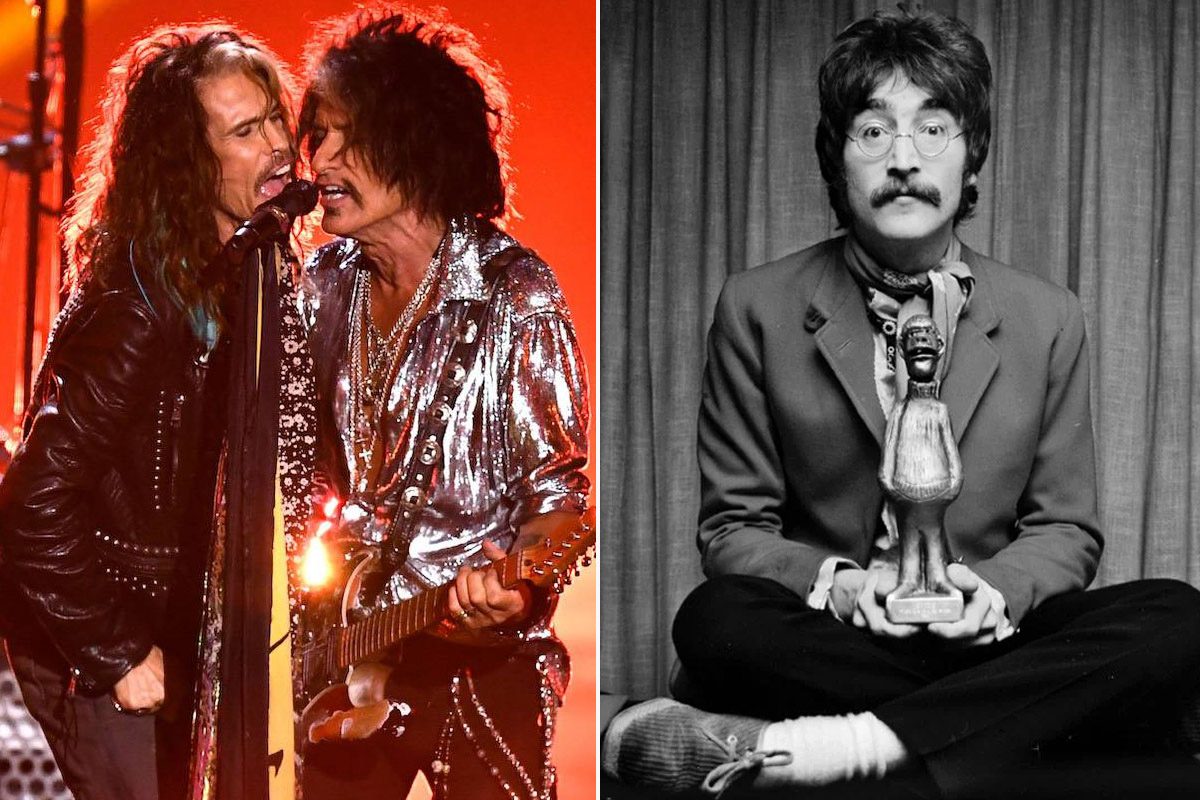 John Lennon released his sixth studio album entitled ‘Rock ‘n’ Roll’ on February 17, 1975, and it received very positive reviews from fans and music critics worldwide. The singer covered famous songs from the late 1950s and early 1960s, such as Chuck Berry’s ‘You Can’t Catch Me,’ Bobby Freeman’s ‘Do You Want to Dance,’ and Lloyd Price’s ‘Just Because’ with many more.

It became a huge source of inspiration for the bands and musicians that wanted to cover their predecessors’ songs even though it’s very different from their styles. So, Aerosmith guitarist Joe Perry revealed that he and the band’s frontman Steven Tyler decided to create their version of Lennon’s cover album in his autobiographical book named ‘Rocks: My Life in and out of Aerosmith’ released on October 20, 2015.

Here’s what Perry wrote in his book:

“We called it ‘Honkin’ on Bobo,’ a title I loved suggested by Steven, because well, it just sounded like the right title for a blues album. It was our version of Lennon’s ‘Rock ‘n’ Roll.'”

Aerosmith dropped their fourteenth studio album ‘Honkin’ on Bobo’ on March 30, 2004, whose name was suggested by Steven Tyler. It was also a cover album like ‘Rock n’ Roll,’ including eleven covers of blues and blues-rock songs from the 1950s and 1960s, except for a new song named ‘The Grind.’ Their ‘Baby, Please Don’t Go,’ ‘Never Loved a Girl,’ and ‘Back Back Train’ performance was appreciated a lot by the longtime blues music lovers.

Consequently, Aerosmith’s blues album was a tribute to their roots and earliest influences and proof of the late Beatles co-founder’s effect on the other musicians. It can be understood from Perry’s words that he’s proud to make an album like John Lennon’s ‘Rock N’ Roll’ in their unique way, of course, because it would be impossible to imitate a singer like Lennon.