As one of the most popular bands of the 1970s, Aerosmith set the style and sound of hard rock and heavy metal for the next two decades. Although the band started to lose its popularity by the early ’80s due to drug and alcohol abuse issues of the band members, they made an epic comeback in the late ’80s and consolidated their prominence. The band put their signature on many hit songs like ‘Crazy,’ ‘I Don’t Want to Miss a Thing,’ ‘Amazing,’ and ‘Angel.’

Aerosmith was exposed to many comparisons with the Rolling Stones due to their similar bluesy sounds from the moment they stepped into the rock scene. Some people even claimed that they totally copied the Stones as they are the predecessors of Aerosmith. Aerosmith was also regarded as the American version of the Stones by some.

Besides the two band’s similar sounds heavily inspired by blues, Aerosmith frontman Steven Tyler began to be compared to the Rolling Stones icon Mick Jagger due to their physical resemblance and close styles while Joe Perry was associated with Keith Richards. They were both considered charismatic lead singers and now let’s hear what Tyler thinks about this comparison.

What Did Steven Tyler Say About Being Compared To Mick Jagger? 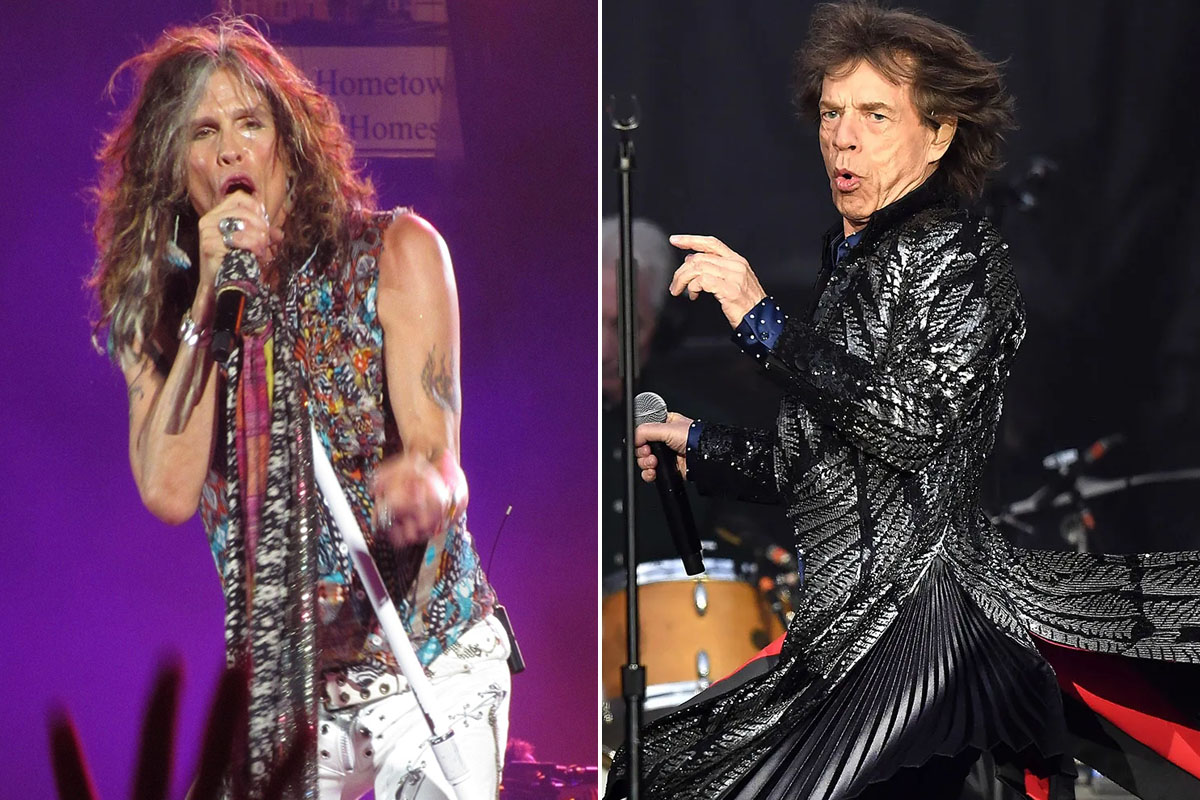 Aerosmith’s frontman, Steven Tyler joined an interview with 60 Minutes Australia back in 2013 and was asked about this famous comparison between him and the Rolling Stones frontman Mick Jagger. He was specifically asked whether he likes this comparison and Tyler revealed that he actually hated it at the very beginning. However, as time went by, he realized that it was a pretty good thing as Jagger was the best according to him.

The singer noticed that being compared to a legend like Mick Jagger was a positive thing for him so he let people think what they wanted. He listed also the other Rolling Stones members, Keith Richards and Brian Jones, and said that they were the best when they came out so they’ve always tried to emulate them. Steven Tyler admitted that he was hugely inspired by Mick Jagger at the time but he wasn’t the only one who motivated him.

Tyler highlighted that he took a different side of also many other artists including Jimmy Page, Keith Richards, the Beatles, the Everly Brothers, and Janis Joplin along with Mick Jagger. He learned different things from all of them as he needed someone to emulate. It looks like Steven Tyler doesn’t regard it as a negative point since he thinks that all these stars enriched his artistic side in different ways.

Here is how Steven Tyler reacted to being compared to Mick Jagger:

“In the beginning, I hated it. Then, when I grew up to realize, ‘Yeah, of course, I look like him, he is the best.‘ Whatever, I mean if they think I look like him, so be it. I’m his bastard son or whatever. I will carry on his image, God bless me. I think Mick was the baddest boy in the block. It was Mick Jagger, Brian Jones, Anita Pallenberg, Keith Richards.

The best, they lived it, they were it and we emulated that. I emulated them, probably Joe Perry more. Jimmy Page or so forth but I truly got my high heels from Keith and the Beatles and music harmony from the Everly Brothers, how to put it together by the Beatles but to act like Janis Joplin. I needed to act like that, I needed someone to emulate, pretend fake it till you make it.”

You can have a look at the full conversation below.