Pop star Justin Bieber and one-of-a-kind frontman Maynard James Keenan who is widely known for his tenure with Tool, A Perfect Circle, and Puscifer are most likely belong to two significantly different worlds. While Bieber is one of the staple names in pop music, Keenan represents the creative and contemporary rock star the world needs and there’s no doubt that both musicians are successful at what they do.

Considering that they are on two opposite sides of the spectrum, no fan would imagine Keenan and Bieber in the same sentence let alone in a dispute. However, after Justin Bieber admitted being a fan of Tool, the frontman didn’t react with rainbows and flowers which caused Justin’s wife, famous model Hailey Bieber to criticize him. The rest of the story contains more beef so let’s dive into one of the most peculiar feuds in music history.

Unexpected of him, Justin Bieber shared the lyrics of Tool’s track ‘The Pot’ on his official Instagram stories in early July 2019 and asked his fans to look them up. Due to the fact that many people wouldn’t expect Bieber to be a fan of a band such as Tool, his post made the headlines, and Consequence of Sound shared a tweet titled, ‘It’s official: Justin Bieber is a Tool fan.’

Shortly thereafter, Maynard James Keenan shared a post on his official Twitter page, replying to that article. While many fans would imagine Keenan to care less and not respond to such a title, he actually reacted with one word, ‘bummer.’ His fans thought Tool frontman was mocking Justin Bieber since having a pop musician’s admiration is oftentimes underrated by nearly all of the rock musicians.

After Maynard’s reaction, the pop icon decided to stay silent, however, it was his wife Hailey Bieber who blasted at the Tool frontman’s statement. In her Twitter post which was later deleted, Justin Bieber’s wife directly pointed Keenan by stating that he must be feeling miserable with himself since his approach to a person who expressed his admiration to him was hateful and childish.

“He expressed he was a fan of your music. Grew up listening to your music. You must be unhappy with yourself that you want to make people feel small who express their admiration for you. Very childish and hurtful thing to do. I hope u find security within yourself. Sad place to be.”

Hailey Bieber expressed her anger and pity via a very put-together tweet, however, Maynard James Keenan didn’t respond to her post for some reason. While fans were impatiently waiting for the musician to clap back at the Biebers, it didn’t take too long for Maynard James Keenan to explain his one-word troublemaker. 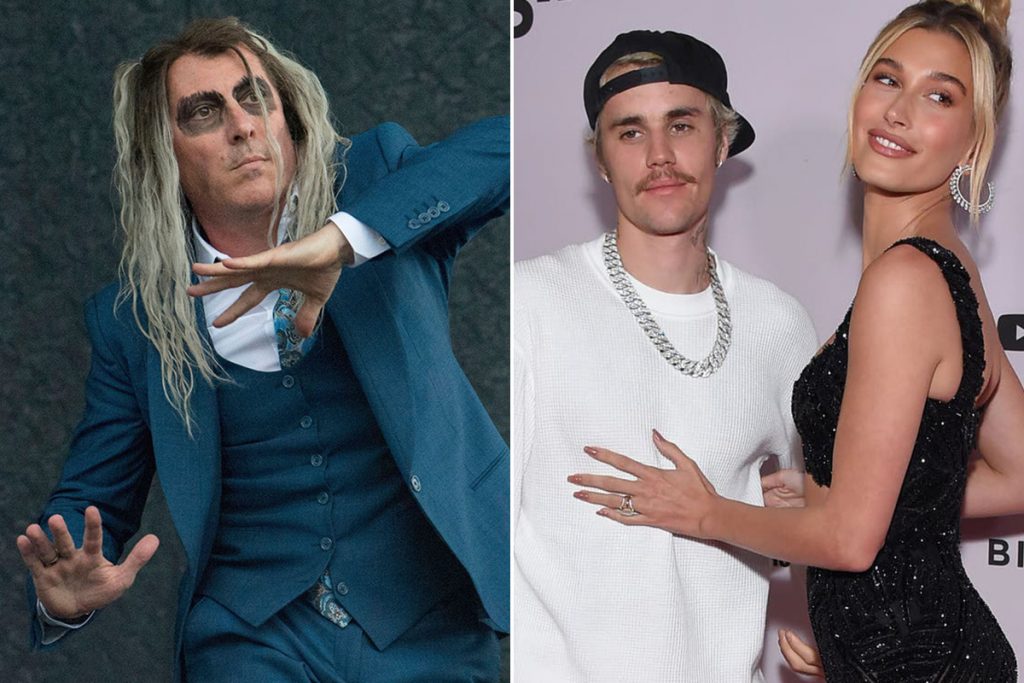 During an interview with Zane Lowe on Apple Music’s Beats 1, Maynard opened up about the unpleasant incident. Keenan said that Justin Bieber is most likely a good kid who had bad people surrounding him. Furthermore, the musician stated that it’s not a bummer he’s a fan of Tool, it’s a bummer that his statement brings countless opinions along with it.

“He’s probably a good kid. It’s the crap that surrounds him. He was never armed with the tools to handle it. And the people surrounding him are monsters. He’s living in an ocean of… Am I allowed to swear on this show? Okay, never mind. I was going to say … but I’m not sure I’m allowed to. So he’s, God bless him, he’s a product of those things that we’ve spoken about numerous times on every project I’ve ever done.

So, when I make a statement like ‘#bummer,’ it has nothing to do with him. It has to do with, I know that the ocean of shit that’s going to follow because he couldn’t just be a quiet Tool fan, he had to say it out loud, and now I know the flood’s coming from the people that don’t get it, and the people that think they do, and they’re going to argue with each other. And it’s going to be stupid. And it doesn’t matter. And this poor kid’s caught right in the crosshairs, as he was, as he is.”

Although the feud didn’t end very well with Maynard James Keenan saying ‘crap’ for the people that are around Justin Bieber, fans were glad that it didn’t go any further. The dispute between the Tool frontman and the Biebers remains one of the most unexpected verbal fights to this day as well as being a heated one in spite of being short-lived.