It is beyond doubt that Cream bassist and singer Jack Bruce is among the most influential and significant bassists of all time. Bruce actually received an education based on classical music and studied cello and piano. Besides that, he was also competent in many other instruments thanks to his extraordinary talent in music.

When Jack Bruce made his way to London in the early 1960s, he didn’t know that he would meet his future bandmates Ginger Baker and Eric Clapton, with whom he formed Cream. Although Cream’s journey was short-lived, they built quite a reputation and achieved worldwide success.

Besides his instrumental capability, Jack Bruce also had incredible songwriting skills and an excellent voice. Although Eric Clapton seemed to be the center of attention, Bruce handled the vocals and contributed to the lyrics of Cream hits, ‘Sunshine of Your Love,’ ‘White Room,’ and ‘I Feel Free.’ Unfortunately, the legendary band decided to part ways in 1968, primarily due to their clashing personalities. 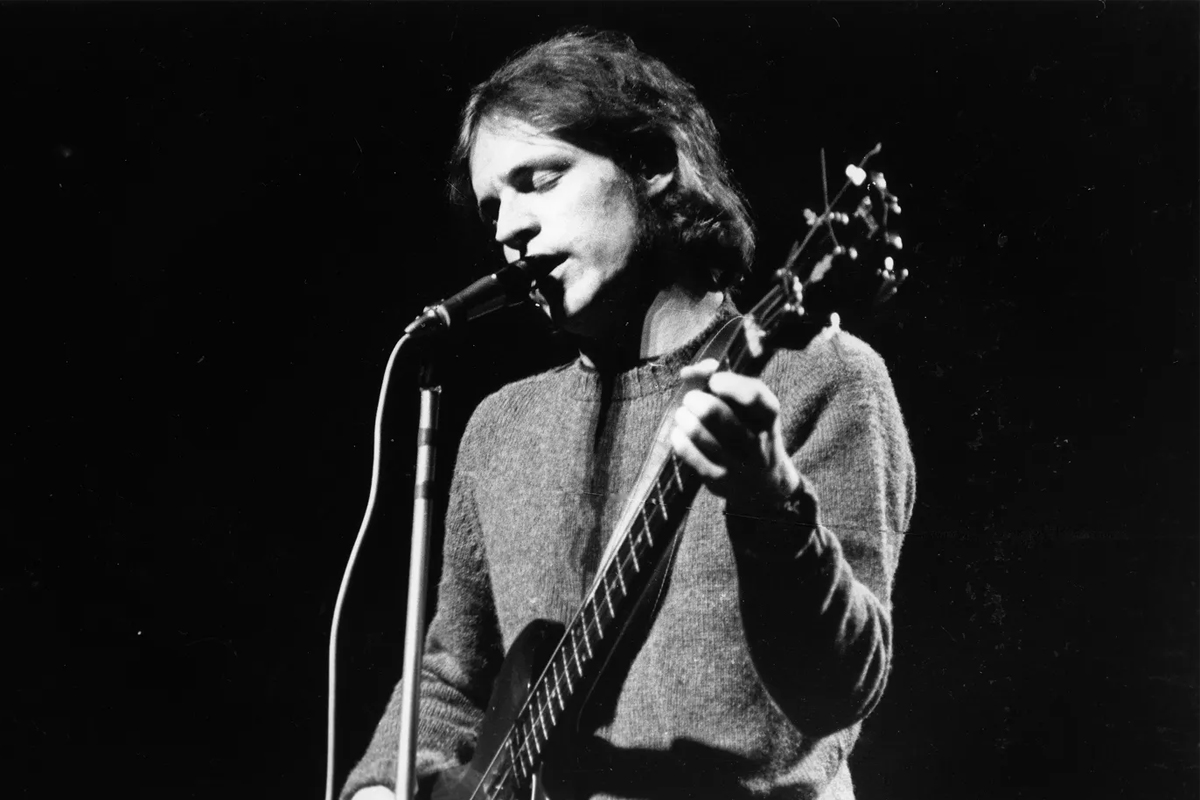 After Cream, Jack Bruce didn’t lose his innovative spirit and kept experimenting with various genres, such as jazz, blues, rock, and R&B. He stepped into an enduring solo career and collaborated with many influential musicians such as Lou Reed, Frank Zappa, and Cozy Powell. The bassist pursued a pretty successful solo journey and released fourteen studio albums.

His music career was interrupted by his personal issues at some points as Jack Bruce had a long-term struggle with alcohol and drug addiction. As a result, he started experiencing health issues and was then diagnosed with cancer in 2003. Later on, Bruce underwent a liver transplant, and his health condition improved over time.

Two years later, he was feeling good enough to participate in the Cream reunion, in which they performed in several sold-out shows. He continued to be an active musician until his death in 2014 due to his liver disease. The famous bass player’s death deeply saddened the music world and was followed by a series of condolence messages. 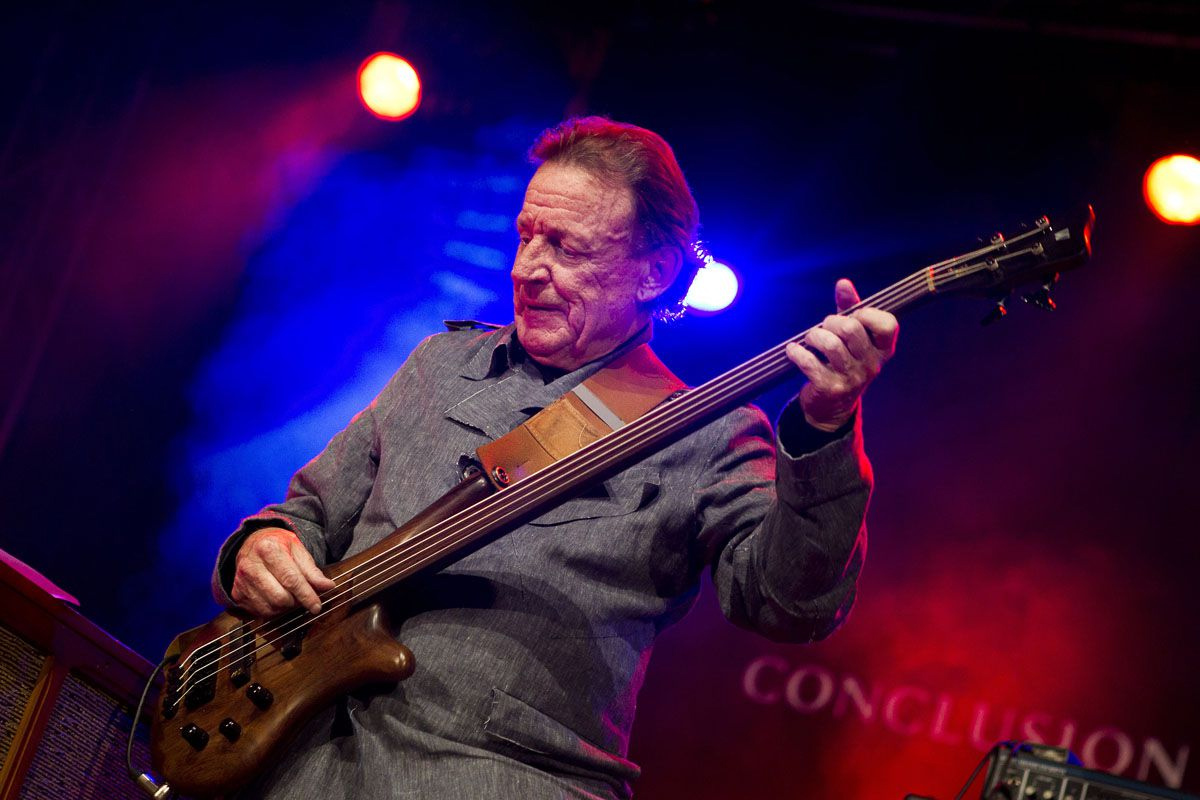 It wouldn’t be wrong to say that Jack Bruce took the bass playing to another level, which made him an iconic figure in the rock scene. After he passed away in 2014, various prominent figures expressed their sadness with their complimentary words. The Independent editor Steve Anderson praised his talent and talked about the great impression he left on rock music.

“Playing a signature Gibson EB-3 bass, he became one of the most famous and influential bass players in rock.”

Eric Clapton didn’t forget his former bandmate as well and shared a post on his official Facebook account. Clapton described Jack Bruce as a great musician and revealed that Bruce was a big source of inspiration. Following that, Clapton shared a touching instrumental piece named ‘For Jack’ as a tribute.

“He was a great musician and composer and a tremendous inspiration to me.”

Then, Black Sabbath guitarist Tony Iommi and bassist Geezer Butler also expressed their deep sadness. Iommi stated in his official Twitter account that he was devastated due to his death and mentioned his great influence on music. Iommi said that Bruce was like a hero to many people and a great source of inspiration. Geezer Butler revealed that Jack Bruce was his favorite bass player and his biggest influence.

Here is how Tony Iommi expressed his sadness:

“Very sad to hear of the passing of Jack Bruce, a major influence in music and an amazing bass player and singer. He was a hero to so many.”

“So sad to hear of Jack Bruce passing. My biggest influence and favorite bass player. Thank you, Jack. RIP.”

Rush bassist and singer Geddy Lee was another important name who wanted to bid farewell to one of his biggest influences. Lee talked about Bruce’s tremendous influence on his playing style and said he was one of his first heroes. He listed him among the greatest bassists and expressed how Bruce inspired many musicians.

“One of the greatest rock bassists to ever live and a true and profound inspiration to countless musicians. He was one of my first bass heroes and was a major influence on my playing and my music.”

The music editor of Sunday Times, Dan Cairns, also wrote about Jack Bruce by referring to his huge impact on the music scene and stated that Bruce was among the greatest bass players of all time. The famous music critic of the Daily Telegraph, Neil McCormick, wrote that Jack Bruce became ‘synonymous with bass guitar’ and praised his extraordinary playing skills.

“There was a time when Jack Bruce was synonymous with the bass guitar in rock history, when he was widely revered as the best there was on four strings.”

It is obvious that many significant musicians greatly appreciated Jack Bruce’s talent and his huge impact on rock music. His great contribution to bass playing has inspired many players, and it looks like his tremendous impact will continue in the years to come.