Stevie Nicks and Lindsey Buckingham’s paths crossed while studying at the same high school in the late ’60s. They saw each other for the first time after Nicks wanted to sing with Buckingham, who was performing ‘California Dreamin’ in a youth club gathering. Then, Buckingham became a member of psychedelic and folk-rock named The Fritz Rabyne Memorial Band, and also he invited Nicks to join them to replace their singer.

The band changed its name to Fritz, and even though it started as a high school band, they became so successful that they performed opening acts for legendary musicians Jimi Hendrix and Janis Joplin. After leaving the band, Nicks and Buckingham became lovers and decided to be a musical duo. They released their only album ‘Buckingham Nicks’ on September 5, 1973, and Buckingham drew Mick Fleetwood’s attention.

Why Did Lindsey Buckingham Want To Be Fleetwood Mac’s Guitarist? 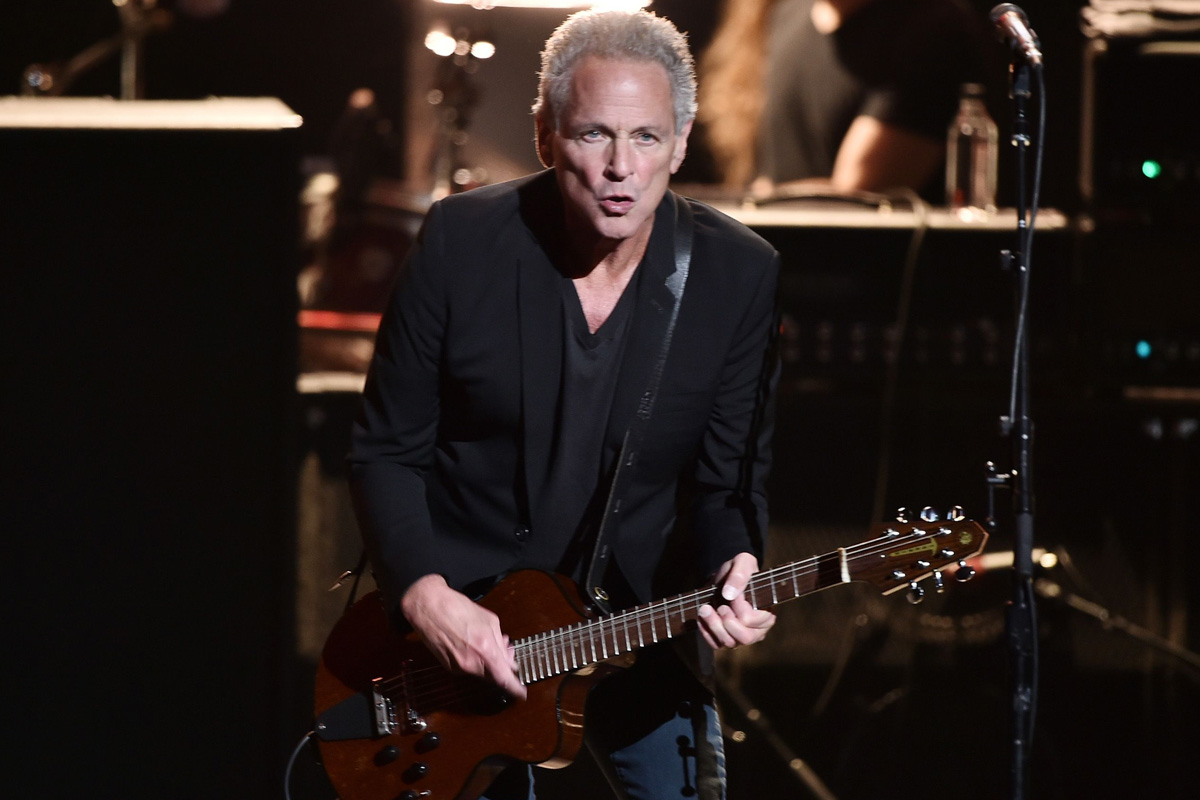 During Lindsey and Buckingham’s rising popularity, Fleetwood Mac’s founder and drummer, Mick Fleetwood, struggled to find a guitarist. The band worked with six different musicians until Fleetwood offered Buckingham to join the band as lead guitarist and male lead singer. The invitation came after Bob Welch left the band in 1974, but the guitarist had a condition to be a member of Fleetwood Mac.

Nicks agreed to be part of this because she was tired of working as a waitress and, in her boyfriend’s words, gaining $200 each a week with the condition to leave whenever they wanted. Later, she also clearly stated that they wouldn’t continue to make music without money as a duo. Therefore Buckingham asked Mick Fleetwood to recruit his musical partner and then-girlfriend Stevie Nicks as the female singer in the band if he wanted him to join.

In one of the previous interviews that he participated in, Lindsey Buckingham explained the reason behind his insistence on joining the band with Nicks, saying that they had a new perspective and style to offer to the band as a duo. He added that it wasn’t similar to joining the Fab Four, the Beatles, which had determined the band’s musical direction and created its public image. As a result, Fleetwood Mac got two lead vocalists and very talented songwriters.

Here’s what the narrator said:

“A few weeks later, Fleetwood Mac’s guitarist Bob Welch quit the band, and a desperate Mick called for Lindsey. He made it clear that he and Stevie were a pair.“

In Buckingham’s words, he said:

“It wasn’t like being asked to join The Beatles. We still believed that we had something to offer as a duo.“

Years later, Mick Fleetwood’s decision turned out to be one of his best, considering the band’s breakthrough after the duo began performing with them. The newly recruited members used pop sounds in Fleetwood Mac songs, and their self-titled tenth album received very positive reviews while hitting the charts. There’s no doubt that the couple made significant contributions to the band’s success.

Even though Fleetwood Mac members Mick, Stevie, and Lindsey went through tumultuous times because of relationship problems and love triangles over the years, they could preserve their popularity. The band became one of the most influential rock bands of all time, and they are continuing their way without Lindsey Buckingham after his ex-girlfriend Nicks’ ultimatum to the rest of the band.