Kurt Cobain’s Favorite Band To Watch Live In An Arena

Late Nirvana frontman Kurt Cobain had a variety of influences that inspired him to create his unique style. Unlike other rockers, Cobain was a fan of multiple genres, including hard rock, heavy metal, punk rock, protopunk, alternative rock, and pretty much every other subgenre related to rock music.

The bands Cobain favored when it comes to 1970s bands include several names almost everybody regards as the greatest. The rocker was a fan of Led Zeppelin, AC/DC, Queen, KISS, and last but not least, Aerosmith. In fact, the musician wrote a song entitled ‘Aero Zeppelin’ for the compilation album named ‘Incesticide’ as a tribute to Led Zeppelin and Aerosmith. 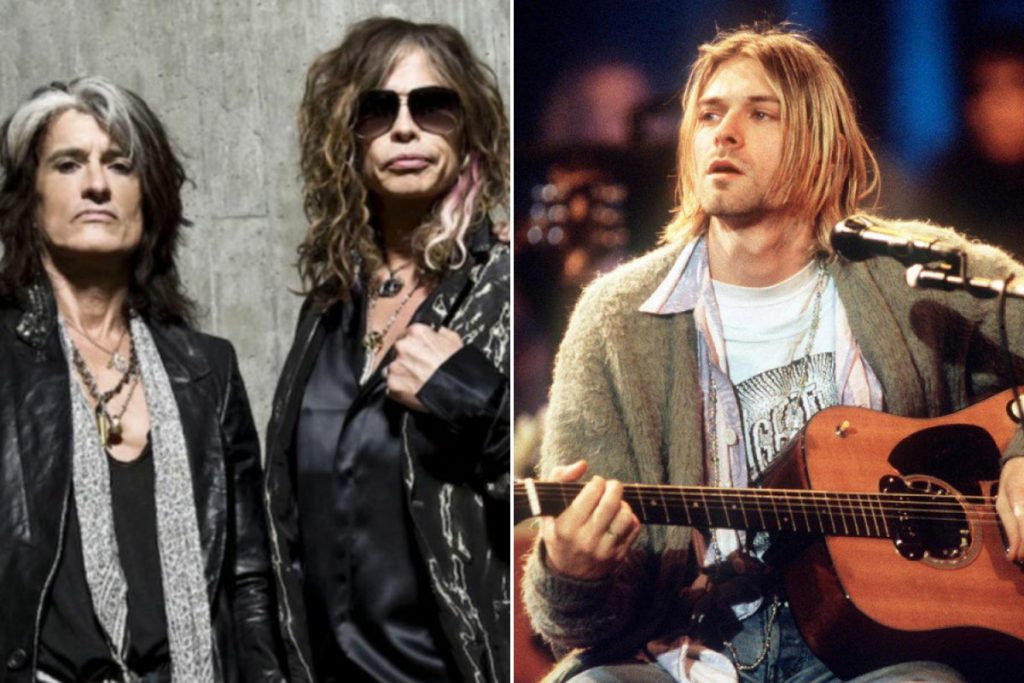 Pretty much everybody knows Kurt Cobain’s attitude towards playing big arenas as the musician always expressed his interest in playing in smaller venues where he could be more intimate with the audience. During a 1993 interview in Rio de Janeiro, Brazil, the musician mainly reflected on this matter both for his band and others.

The interviewer asked the frontman why Nirvana teases being on a stage in front of thousands of people during big shows. Cobain stated that making fun of their situation is the only way to deal with the fact that they perform for countless people, which they hadn’t initially planned.

Apart from talking about his band, Cobain opened up about attending big arena shows. Apparently, the musician rarely enjoyed watching an arena rock show, which is why he had been to just a few. However, he liked one Aerosmith show he had attended a decade ago because he loved the band and its songs. Still, Cobain stated that he would prefer watching them in a smaller venue.

When asked about the mocking attitude of Nirvana towards big shows, Cobain said:

“Most of the time, yeah. That’s one of the only ways that we can really deal with the idea and the reality of playing in front of that many people because we never ever intended to do that. I’ve never hardly ever enjoyed watching an arena rock show. I think I’ve only seen a few of them.

I really liked Aerosmith when I saw them about ten years ago, and that was a really big show. That’s because I like the band so much, and I was really familiar with the songs and everything. I would’ve rather seen them in a club or a theatre of a few thousand people for sure.”