Metallica lead vocalist James Hetfield opened up about his favorite memories from all the band’s tour days during an appearance on The Fierce Life Podcast, and apparently, it’s the record-breaking open-air rock concert in Moscow, as part of the Monsters of Rock series back in 1991.

While there are a few live performances that shook every fan once they hear the number of people who attended and enjoyed a concert together most of which took place in Moscow for whatever reason such as both Jean-Michel Jarre’s concert in Moscow 1997 and Rod Stewart’s concert in Copacabana 1994 have been reported to attract audiences of more than 3.5 million people.

Even though the number isn’t as high as 3.5 million people, Metallica’s 1991 performance in Moscow, Russia also wows the band’s fans with a number of 1.6 million people in the audience rocking all together to iconic songs of the band such as ‘Enter Sandman,’ ‘Creeping Death,’ and ‘Fade to Black.’

What Happened In Metallica’s Live Performance In Moscow? As many of you might recall, as a part of the Moster of Rock series, legendary bands such as AC/DC, The Black Crowes, Pantera, and Metallica performed an unforgettable show in the Tushino Airfield in Moscow in September 1991, a few days after the August Putsch turned into a failed attempt.

The open-air concert became a remarkable moment in music history with its 1.6 million rock music fans covering Moscow to enjoy the music, creating a horizon that is filled with music enthusiasts. A year later, a movie named ‘For Those About to Rock: Monsters in Moscow’ which featured live performances by the bands was even released.

What James Hetfield Thinks About The Monumental Show? 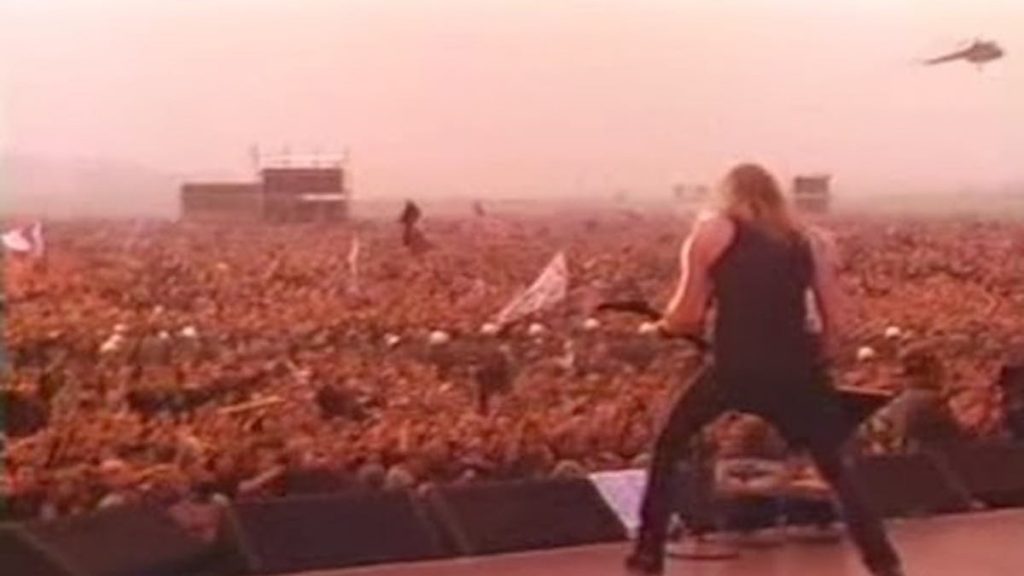 While there’s no doubt that it was a one-of-a-kind show, James Hetfield revealed it was his favorite memory out of every other tour moments with Metallica during a recent interview while revealing further details about how he actually felt at that moment.

Apparently, performing with a fresh crowd with no previous experience such as this resulted in seeing pure appreciation for music. Furthermore, the audience was filled with people from the military who started taking their uniforms just to rock with Metallica which was a moving moment for them.

Here is what James Hetfield said:

“Actually, I would have to say the Russian show when we showed up at ’91 after the coup, where the country had opened up and was no longer communist. Doing that open airfield, we played with four other bands, and basically, for the first time it was a free concert out in an airfield, and they estimated a million, or half a million, nobody knew really.

But just being able to play in a place that was just fresh and hadn’t heard anything like that before really, and just watching people change as the music moved them. There were plenty of military people that just started taking their uniforms off and started rocking out. It was a really freeing thing, so it was awesome to witness that.”

You can click here to see the source and watch Metallica perform ‘Enter Sandman’ with 1.6 million fans below.