Hole frontwoman and late Nirvana frontman Kurt Cobain’s wife Courtney Love has had numerous scandalous moments throughout her career such as filing a lawsuit against her late husband’s band members and accusing Dave Grohl of having sex with her daughter Frances Bean Cobain. Although Love mostly has interesting allegations about other musicians or celebrities, she has unusual opinions about her personal life as well.

Courtney Love was born into a household where rock music was a family business since her father was Hank Harrison, a publisher and road manager for the Grateful Dead, and her mother Linda Caroll was a psychotherapist. Her mother was the biological daughter of novelist Paula Fox and Love’s maternal great-grandmother was screenwriter Elsie Fox.

However, Courtney Love has another claim about her family tree since her grandmother Paula Fox never revealed the identity of her grandfather. According to Love, her grandfather is the famous actor Marlon Brando with whom Fox spent time and even lived together. Let’s dive into this one-of-a-kind claim and see if there’s some truth to it. 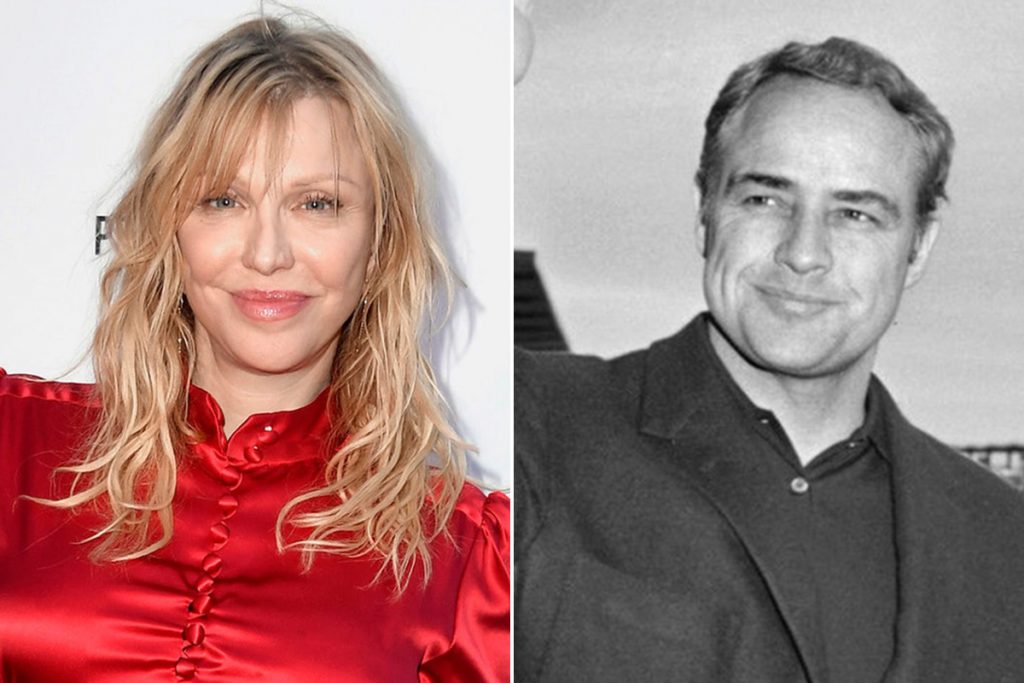 When her estranged grandmother Paula Fox passed away back in 2017, at the age of 93, Courtney Love was left behind without knowing the identity of her grandfather. Due to the fact that Love has always wanted to find out who her grandfather was, following the clues that she found, she came to the conclusion that her grandfather is most probably the world-famous actor Marlon Brando.

The reason behind Courtney Love’s claim lies within the fact that Marlon Brando and Paula Fox lived with Stella Adler in 1943, around the same time when Love’s mother, Linda Carroll, was conceived. Later, the Hole singer shared a post on her official Facebook page stating that there is a high chance her grandpa is Brando.

“She went to her grave still not telling me and my brothers and sisters who is grandpa. I’m sticking with Brando. It’s very probable.”

Courtney Love’s mother was adopted but she eventually tracked down her mother and found it’s Paula Fox. However,Courtney Love never had a proper relationship with her grandmother. They only met once and it’s safe to say that it didn’t go very well.

Fox publicly stated that the only time she spent with her granddaughter was awful, a statement that deeply shocked Courtney. Although Brando may actually be her grandfather, there’s no possible way of knowing for sure, especially due to Fox’s distant attitude towards her biological family prior to her passing.