How Did Avril Lavigne Earn An Insane Wealth Even Though She’s Only 36? See Lavigne’s 2021 Net Worth

The Pop Punk Queen, Avril Lavigne has occupied an important and steady place in the music industry ever since she was a teenager. During her career, she was almost always in the spotlight and it was hard to not see the singer everywhere especially after her well-known hit ‘Complicated’ which made her won an International Achievement Award at the SOCAN Awards in Toronto.

Ever since she was a child, Lavigne was very enthusiastic about music since her father turned their basement into a music studio and gifted her instruments like several guitars, a microphone, and a keyboard. She first signed with her first manager Cliff Fabri when she was 15 years old, and by the time she was 16, she had signed a two-album contract worth over $2 million. ‘Let Go,’ her debut studio album in 2002 which also included her most popular track ‘Complicated,’ is also considered as the best-selling album of the 21st century.

Lavigne is considered by many as the best female singer who represents the 2000s rock scene and one of the best representatives of punk-rock music. With these in mind, she is a legendary pop-rock figure being a highlight in the alternative punk-rock scene and also was a great influence over other female punk-rock artists. 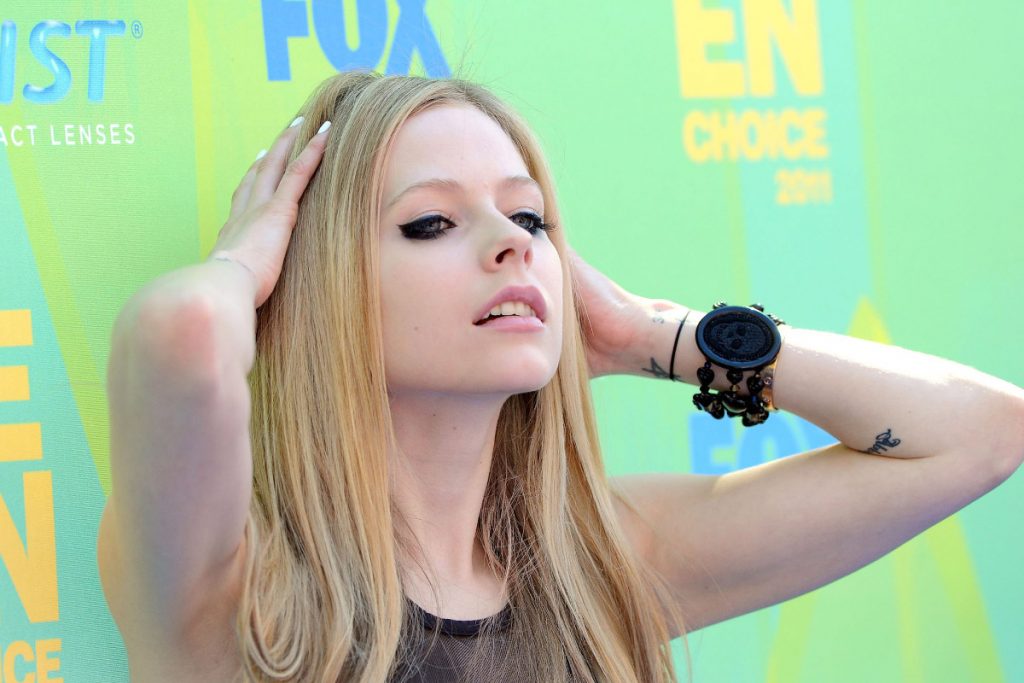 The legendary queen of the pop-rock scene, Avril Lavigne now has a net worth of $60 million which can be considered as an insane amount for her age. It is not that much of a surprise that she gained this much money as she is one of the few female rock figures who have a successful career from the start of her teenage years until these days and who is well-known worldwide for her music.

Her steady place at the top of the music industry still contributes to the increase of her net worth over the years. She still continues to release new music for her fans around the world as she had collaborated with MOD SUN for the single ‘Flames,’ and it is known she has confirmed with a response to one of her fans’ comment on her Instagram account that her seventh album is done and coming soon around summer.

How Did Avril Lavigne Earn Her Insane Money At 36?

The insane amount of money Avril Lavigne has makes almost all the fans question how she made that much money since she is only 36 years old. It is clear that her fame and musical success contributed to this fact a lot.

As a successful musician, Lavigne has acquired 169 awards in total and received eight Grammy Awards nominations during her career. Her albums had sold over 40 million copies around the world, and over 12.4 million copies in the U.S. only. Lavigne also was placed as the number 10 pop artist by Billboard in their ‘Best of the 2000s’ chart. She even received a Guinness World Record as the youngest female with a number one album in the UK when she was only 18 years old.

Other than that, it can be noted that Lavigne and Chad Kroeger had bought a mansion in Sherman Oaks, California back in 2015 for $5.6 million and sold it for $5 million after five years of their separation. Then she and her former husband Derek Whibley bought Travis Barker’s Bel-Air Mansion for $9.5 million in 2007, then sold it for $8.5 million in 2012. She then paid $4.5 million in 2004 for a Beverly Hills Mansion, which she later sold for $5.2 million. Lavigne then bought a home in Malibu for a jaw-dropping amount of $7.8 million in 2020.