Black Sabbath became a pioneer for the heavy metal music with their distorted sounds, striking lyrics, and the band members Tony Iommi, Bill Ward, Geezer Butler, and Ozzy Osbourne‘s talents as instrumentalists and songwriters. When the remaining members decided to fire Osbourne because of his uncontrollable drug and alcohol abuse in 1979, the band had no chance but to enter into an endless cycle of lineup changes.

The band worked with countless singers, including Dave Walker, Ronnie James Dio, Ian Gillan, Ron Keel, David Donato, Glenn Hughes, etc. However, almost everyone couldn’t stay in the band for a very long time, and every departure and new recruitment caused more tension and problems among the band members. The story of Hughes’ joining and leaving Black Sabbath was adventurous, and he had a theory regarding Osbourne’s presence in the band. 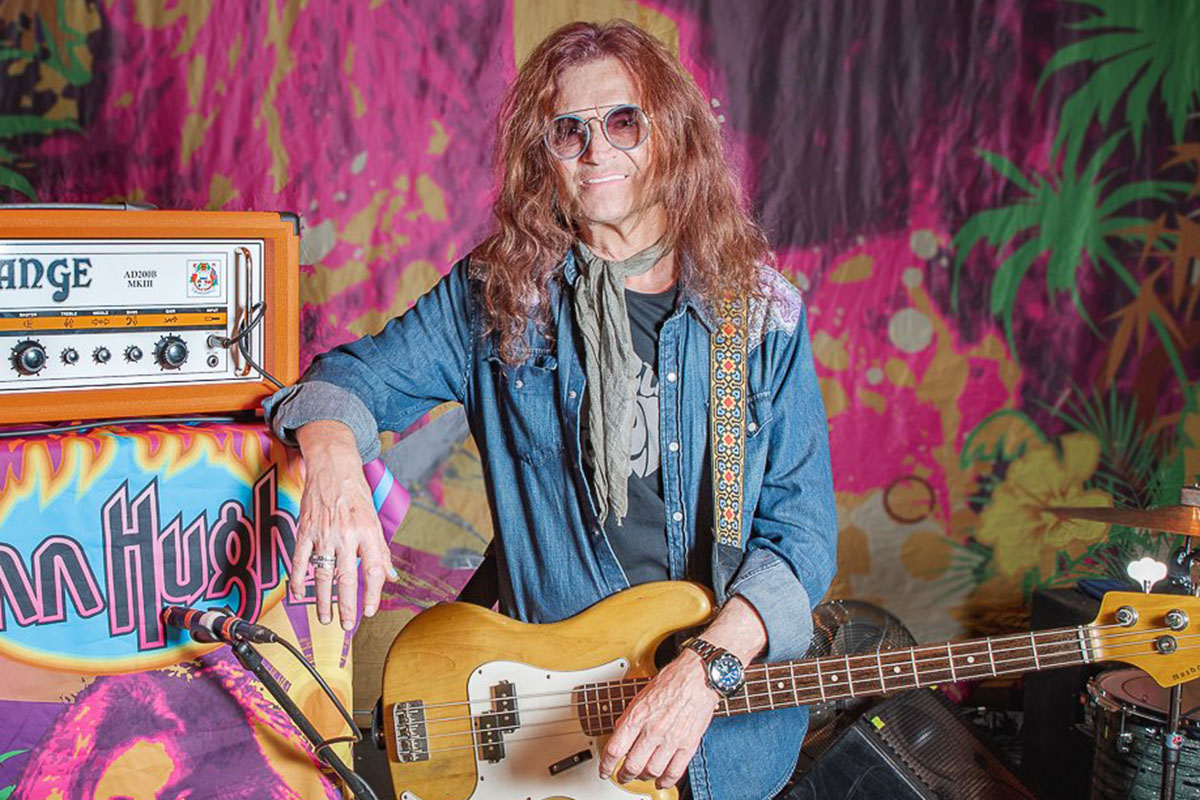 Following Dio’s departure in 1982, Black Sabbath members had to find their new singer. They discussed several musicians such as Samson’s Nicky Moor, Lone Star’s John Sloman, and Whitesnake’s David Coverdale. However, they eventually decided to recruit ex-Deep Purple vocalist Ian Gillan in the same year. His journey with the band didn’t last long like the others; Gillain left the band after the ‘Born Again’ album and tour in 1984.

The band went into a hiatus for a while, and the band’s founding guitarist Tony Iommi focused on his solo work. Therefore he hired bassist Dave Spitz, drummer Eric Singer, and many different singers for the songs. Hughes was one of them, but while he was a part of Iommi’s solo work, it became a Black Sabbath project. The main reason behind that was that Warner Bros insisted on releasing it using the Black Sabbath name.

‘Seventh Star,’ known as Black Sabbath’s twelfth studio album and work from Black Sabbath featuring Tony Iommi simultaneously, was released on January 28, 1986. Hughes served as a vocalist on the album, and his performance got critical acclaim along with the record. Shortly after, he had to part ways with the band because of his ongoing health issues, but he had enough time to realize an important fact.

What Did Glenn Hughes Claim About Ozzy Osbourne?

As one of the singers of Black Sabbath, Hughes could observe the band and Ozzy Osbourne’s contribution to them closely even though he had already left when he joined. Years after his leaving, Hughes stated that Iommi warned him about his singing style, which was more different than the other iconic frontmen, Dio and Osbourne, in one of his interviews. The reporter found it very surprising, considering the guitarist’s experience.

In addition, Hughes emphasized that Black Sabbath contributed to next-generation metal bands such as Pantera, Metallica, and Sepultura. The musician shared his theory about Osbourne and stated that the frontman wasn’t one of the best singers in the world, but his portrayal and stage persona were unmatchable.

Here’s what the reporter said:

“That’s strange that Tony would act that way because back in the day, Tony was involved in blues bands and even bigger bands with horns.”

“It’s apparent to me that many bands from Pantera to a lot of bands, Metallica, Sepultura, owe a lot to Tony Iommi and Black Sabbath. As I said to Tony last week, ‘I hope you can pull it together.’

Here’s my theory: Ozzy Osbourne isn’t one of the great singers of our time, but Ozzy Osbourne is a character who portrays his songs into his images very, very well. Ozzy is a vaudeville entertainer; Ozzy is Ozzy Osbourne, and you cannot replace Ozzy Osbourne. You can find better singers, but you can’t replace that man in that group.

So anybody who tries to fill that position is going to have a hard time, especially with the fans, because Ozzy is the heavy metal frontman. You have guys like David Lee Roth, who is over the top, but Ozzy was great and still is, and I love him to death.”

Hence, Hughes claimed that Black Sabbath couldn’t replace a vaudeville entertainer like him even though they could hire better vocalists. Therefore, Black Sabbath had the opportunity to work with one of the most celebrated leads in the show business, which was a blessing for their career. However, when they had to question his presence and fire him from the band, they were cursed to go through several lineup changes, eventually reuniting with their most celebrated lead singer.