Gene Simmons Or Ronnie James Dio: Who Invented The Sign Of The Horns?

This is a tough topic to explore as the sign of the horns are now considered to be a signature of rock and metal music, and as they have been used widely by numerous musicians, it’s hard to spot who started doing it first. Although the name list of potential inventors could be extensive there two candidates often credited for popularizing the sign.

KISS’s bassist Gene Simmons is one of the rockstars who’ve used it a lot throughout the years, but this doesn’t necessarily mean that he came up with the idea. Black Sabbath’s Ronnie James Dio is another popular figure who adopted the sign but his bandmate had claimed that he stole it from him. Thus, this will be a tough mystery to unravel.

Was Ronnie James Dio The First One To Use The Devil Horns? 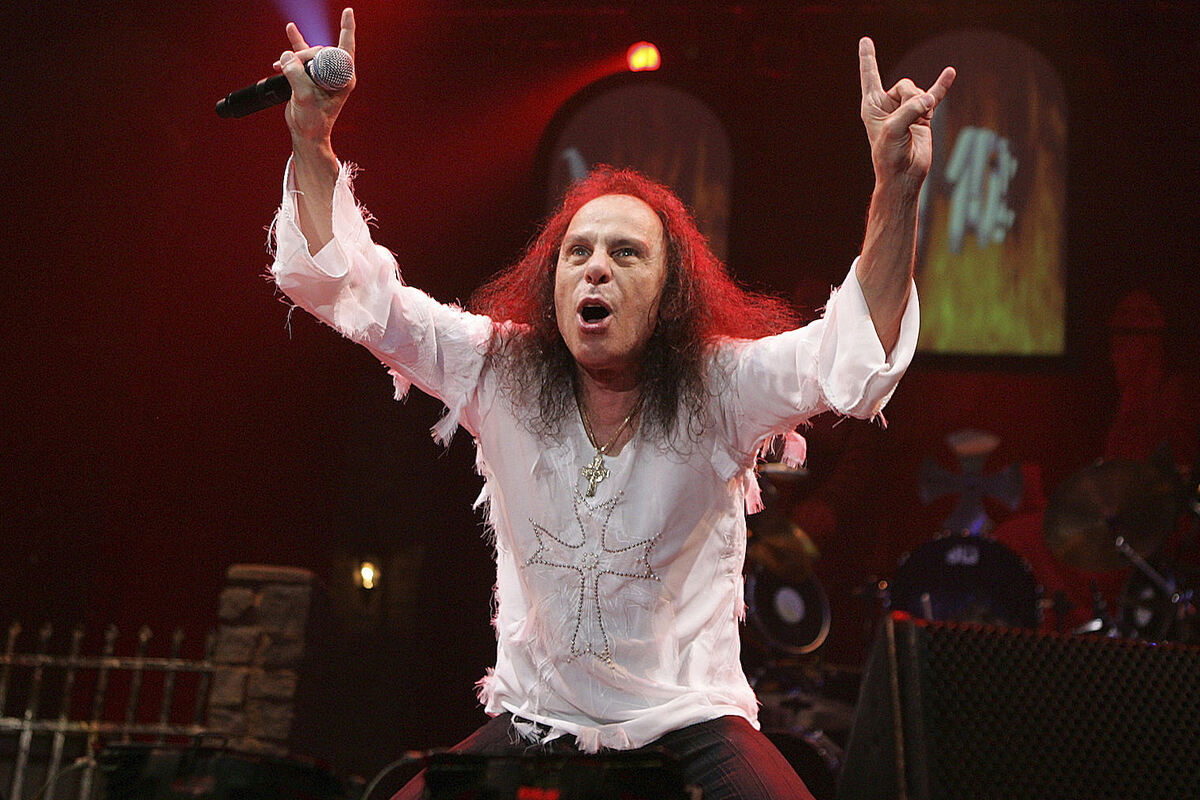 The sign of the horns is one of the most widespread hand signs in not only the metal scene but throughout the world. Although it was used way before it was popularised in the music scene, it was metal that made it so widespread. Black Sabbath’s former lead vocalist Ronnie James Dio is often credited as the guy who popularised the sign of the horns.

Dio had said in numerous interviews that his Italian grandmother used to do it to ward off the evil eye and that he just felt like it would suit metal. However, in a recent interview, Geezer Butler claimed that he was the one to teach Dio the hand gesture. He went on to say that he first saw the occultist writer Aleister Crowley do it, and had liked it.

Geezer Butler also said that when Dio was first hired to the band in 1979, he had a tough time replacing Ozzy Osbourne, and as fans kept flashing him Ozzy’s signature peace sign and Dio thought that he needed something like that too. Butler said that this is why he taught him the sign of the horns so that it could become his thing.

Here’s what Geezer Butler said during his interview:

“Well, I used to do that to the audience when we were playing ‘Black Sabbath,’ the song. There are pictures of me doing it, I know. But I didn’t invent it. It was something Aleister Crowley used to do…

So when we went on tour with Ronnie, he was like, ‘Everybody’s flashing the peace sign at me. But that’s an Ozzy thing. What can I do back to them?’ I showed him the sign and he did it and it just kind of took off from there, you know?”

Did Gene Simmons Invent The Sign Of The Horns?

As mentioned above, Gene Simmons is the second strongest candidate in the scene as he is also often credited for popularizing the hand gesture. In fact, back in the summer of 2017, Simmons attempted to trademark the iconic gesture. He filed an application to the United States Patent and Trademark office and argued that he popularised the sign of the horns during KISS’s Hotter Than Hell tour in 1974.

However, this attracted a lot of criticism from rock and metal fans who told Gene Simmons that he has no right to trademark such a widely used sign and treat it like a source of profit. One of the people that slammed Simmons was the widow of Ronnie James Dio, Wendy, who described this legal bid as ‘disgusting.’

This is how Wendy Dio described her feeling to The Wrap:

“To try to make money off of something like this is disgusting. It belongs to everyone; it doesn’t belong to anyone… It’s a public domain; it shouldn’t be trademarked.”

On that note, we could answer the question of who really invented the sign of horns with a simple ‘we don’t know for sure.’ However, the fact that thousands of rock and metal fans, including Ronnie James Dio’s widow Wendy, have stressed that it belongs to everyone probably means that it genuinely belongs to the fans.