Francesca Hetfield: What We Know About James Hetfield’s Wife

The rock and metal music scene is full of extramarital affairs, love triangles, and dramas. However, there are also numerous musicians who inspire others with their long-lasting love. For instance, Ted Nugent and his wife Shemane have been happily wed for over three decades, and Ozzy and Sharon Osbourne have been standing by each other’s side as husband and wife since 1982. However, even the best marriages require a lot of effort to keep going.

Considering their busy schedules, long absences, and worldwide tours, marrying a music icon can sometimes be pretty challenging. However, James Hetfield and his wife, Francesca Hetfield, were among those who managed to overcome these obstacles and were together for 25 years. The couple met in 1992 and supported each other through hard times. However, it seems like this inspiring relationship has come to an end.

Who Is Francesca Hetfield? Details About James And Francesca’s Marriage Francesca Hetfield was born on January 27, 1970, in Rosario, Argentina, and grew up in Vail, Colorado. She then attended a high school in Rosario. Later on in her life, Francesca decided to specialize in costume design. At that time, she wasn’t aware that being a costume designer would give her a chance to meet the love of her life, James Hetfield. The two first saw each other when Metallica decided to hire Francesca as their costume designer, and it was love at first sight.

After dating for four years, James and Francesca decided to tie the knot on August 17, 1997. On June 13, 1998, they welcomed their first child, Cali Tee. Their son Castor Virgil was born on May 18, 2000, and their daughter Marcella Francesca opened her eyes to the world on January 17, 2002. Hetfield’s wife is a talented designer, but she is mainly recognized because of the Metallica icon. She is not active on social media platforms, but the couple’s photographs can be seen on James’ accounts.

Papa Het has struggled with addiction problems throughout the years and has gone in and out of rehab. Francesca supported her husband through these challenging times and stood by his side. According to Hetfield, he found sobriety thanks to his wife, and Francesca helped him deal with his anger issues. The metal icon stated that he feared losing his family, and his wife even kicked him out of the house as a warning.

Is Francesca And James Hetfield’s Marriage Over? 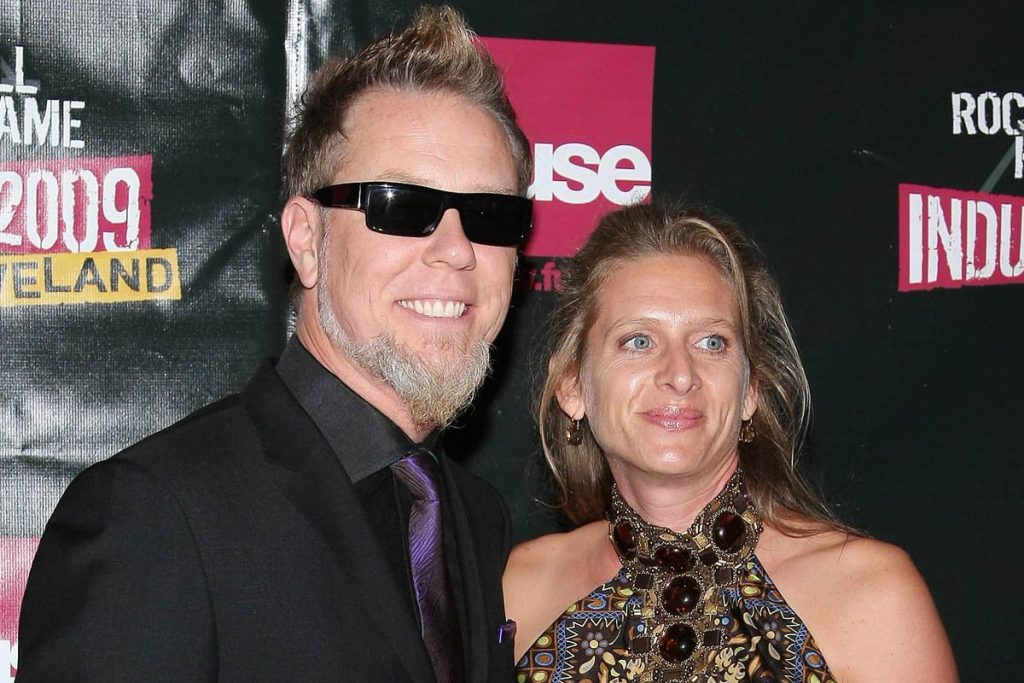 Although Francesca and James were an inspiring couple with their love story, the Metallica frontman saddened the fans by filing for a divorce in August 2022. As reported by TMZ, James actually made this move earlier in 2022, but it wasn’t publicized until later. James and Francesca now don’t live together, but they haven’t lost their communication since they have three kids.

James Hetfield gave a touching speech during a Metallica concert at the Boston Music Festival. After the news, fans started to believe that Hetfield’s speech was linked to the divorce. During the show, Papa Het asked the audience whether they felt the struggle like him because he had been feeling it every day. He then told them they weren’t alone and that it was best to talk to friends and family during these challenging times.

In another show in Pittsburgh, Hetfield started talking about suicide and mental health issues. He argued that suicide is a scary thing that touched everyone’s life. The Metallica frontman then addressed the audience and told them to talk to somebody whenever they felt suicidal. As James Hetfield has brought up these topics quite often, fans thought they were linked to his divorce from Francesca.

As of now, it’s uncertain whether Francesca and James are divorced, as there haven’t been any official announcements. However, it makes the Metallica fanbase pretty sad to see this long-lasting, inspiring relationship end. Considering that Francesca and James got over many difficulties in their lives hand in hand, it’s safe to say that such a decision is hard for both sides.