Travis Barker rose to prominence as the drummer for Blink-182, but he also worked with many artists and collaborated with hip-hop stars. The prolific drummer is also a member of rap-rock band Transplants and the founder of +44, Box Car Racer, and the co-founder of TRV$DJAM. So, throughout his music career, Barker lent his drum skills to numerous musicians.

Known as the punk’s first superstar drummer, Barker was interested in drumming at an early age. He received his first drum kit from his mother at four and used it until he was 15. He started taking drum lessons at age five and learning several playing styles. In 2017, the musician revealed his four favorite drummers who influenced him most during his career.

Which Drummers Left An Impact On Travis Barker? 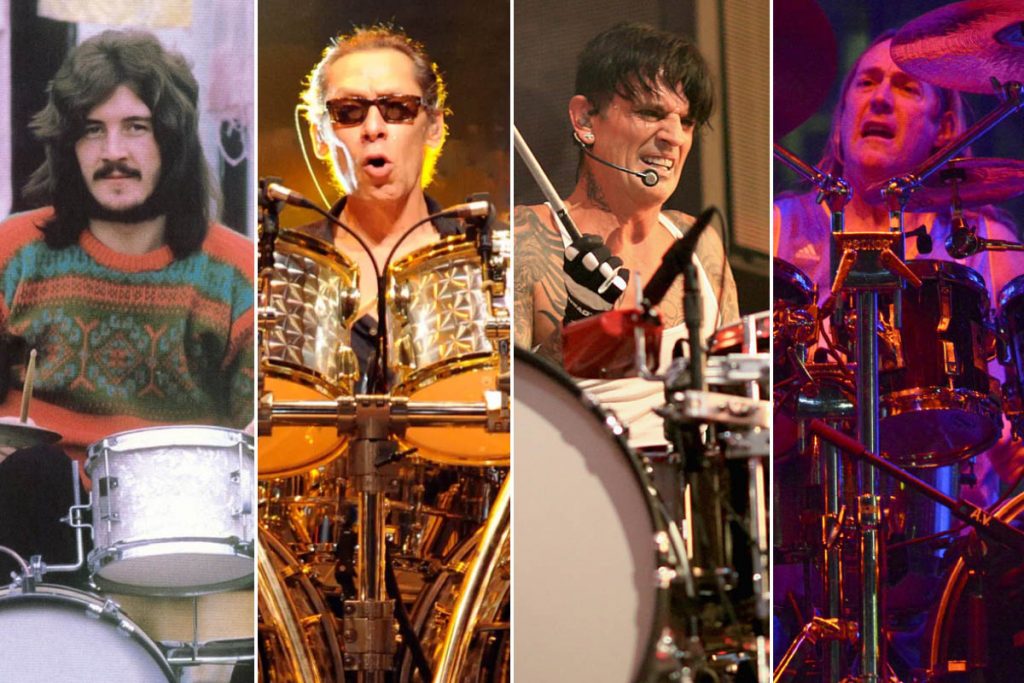 In 2012, Travis Barker gave an interview to CBS Local and talked about his early influences. Following that, he listed his favorite four. According to Barker, Van Halen’s Alex Van Halen was a significant influence on him, Tommy Lee inspired him since he was a kid, Tool’s Danny Carey is a great drummer, and he is a fan of Led Zeppelin’s John Bonham.

As reported by NME, Travis Barker said the following to CBS Local about his favorite drummers:

“Of course, Alex Van Halen from Van Halen was a big influence. Tommy Lee from when I was a kid from Mötley Crüe. Danny Carey from Tool is a good drummer. John Bonham from Led Zeppelin. That’s pretty much it. Those were my guys.“

From Barker’s top-four list, it is clear that the drummer drew influences from various playing styles. Alex Van Halen‘s primary influences are jazz drummers, although he got his first inspiration from Budgie drummer Ray Phillips. Mötley Crüe’s Tommy Lee, on the other hand, was inspired by John Bonham and Alex Van Halen, just like Travis Barker.

Tool’s Danny Carey has a diverse sound that stems from his years of jazz music study, polyrhythms, and polymeters. He also uses odd time signatures, practices rudiments, and uses his feet just like he uses his hands while drumming. Moreover, John Bonham greatly influenced many drummers and is considered an outstanding and original drummer.

Being inspired by these musicians, Travis Barker employed various drumming styles in his early music career, including military and jazz rhythms. Later, he was attracted to hip-hop and punk rock rhythms. As understood by his favorite drummers, it’s safe to say that these inspirations shaped Barker’s drumming taste and style.