There’s no doubt that Jimi Hendrix was one of the most talented and successful artists of all time, who built a reputation with his groundbreaking live guitar performances and records that changed the rock music industry. Since his first appearance on the rock stage, Hendrix drew significant attention from other bands and music critics. Also, most of them predicted that he would soon achieve critical acclaim and become very popular worldwide.

One of the milestone moments in Hendrix’s career can be considered his decision to go to the UK after Chas Chandler noticed his talent and potential. Along with his manager, Eric Clapton was among the few people who got a chance to meet with Hendrix and spend a lot of time with him until his unexpected death. In addition, the late guitarist was inspired and admired by many iconic guitarists both at that time and years after his death, one of whom was Eric Clapton. 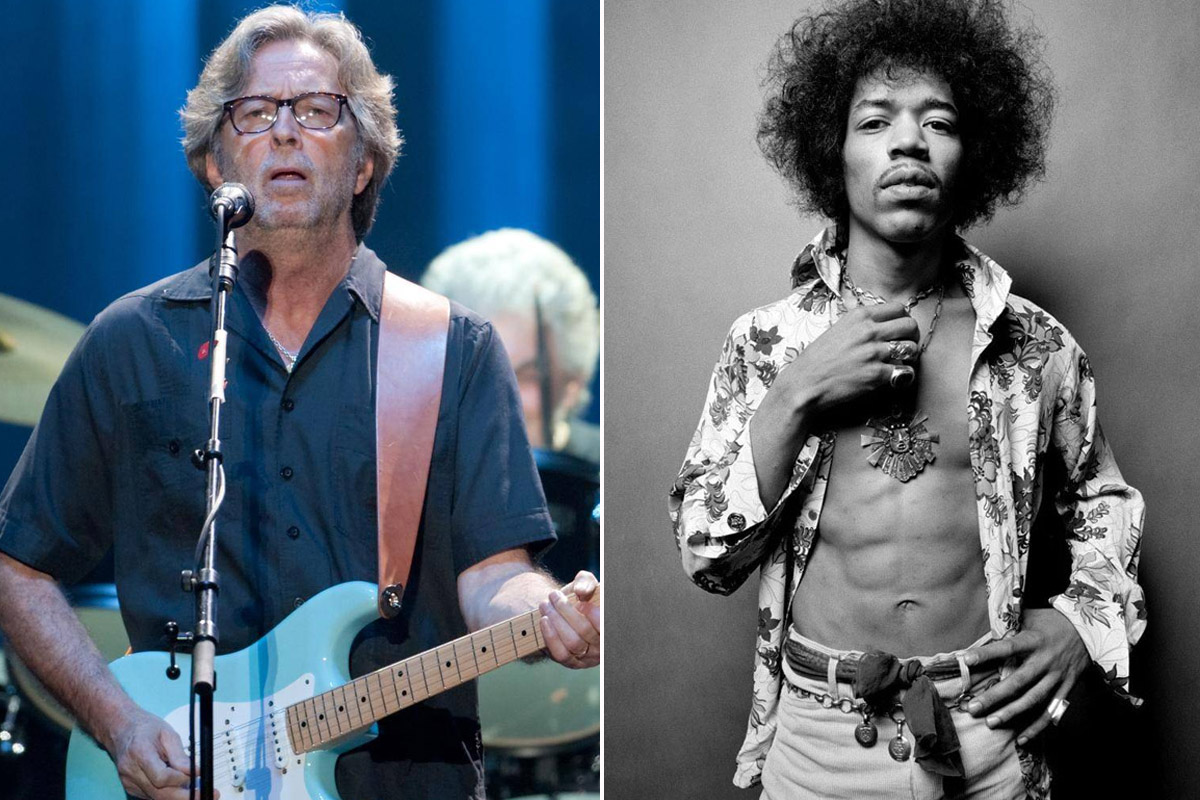 Eric Clapton and Jimi Hendrix became close friends after they met during the guitarist and Clapton’s band Cream’s jamming session which took place in the London Polytechnic at Regent Street. During Cream’s performance, Hendrix also performed Howlin’ Wolf’s Chicago electric blues classic, ‘Killing Floor,’ and his performance was so remarkable that it left Clapton speechless, and he was very shocked.

Therefore it can be said that Cream has a special place in Hendrix’s heart after they shared a special moment for the guitarist’s career as a professional musician. Jimi Hendrix proved his admiration and respect for the band during one of his BBC appearances with The Jimi Hendrix Experience even though it caused trouble to him. He and his band were supposed to perform ‘Voodoo Child ‘and ‘Hey Joe,’ but Hendrix had another idea.

Their show on Lulu’s TV show on BBC was shortly after Cream’s announcement about their disbandment, so Hendrix stopped playing one of the songs and decided to pay tribute to the band by playing ‘Sunshine of Your Love.’ Hendrix was banned from BBC because of his unexpected dedication to Eric Clapton, Ginger Baker, and Jack Bruce. However, his fans know that the guitarist was proud of himself as a free soul.

The channel couldn’t give Hendrix a second chance because the legendary musician died of asphyxia on September 18, 1970. His early death devastated his longtime friend Clapton, and he reflected his feelings about him, saying that he was so angry with him as he left suddenly. Before his death, the guitarist bought him a left-handed Stratocaster as a gift, but it became the final present that he couldn’t give.

Thus, it’s not hard to realize that Clapton always appreciated Hendrix’s personality and unmatchable guitar playing, along with honoring his legacy in the several interviews that he joined over the years. In one of them, the musician highlighted that his mark in the business is his way of playing electric guitar and as it proved there were different performing styles. He added that no one took it further after Jimi Hendrix’s death.

Here’s what the host asked:

“What’s Hendrix’s legend, and what will his mark in the business be?”

“I think he opened up that the electric guitar to just about took it as far as it could go, and I don’t think anyone took it any further.”