Eric Clapton Has Two Diseases That Can End His Career

The Yardbirds and Cream icon Eric Clapton is undoubtedly regarded as one of the most important and influential guitarists of all time. Being the only three-time inductee to the Rock and Roll Hall of Fame, the guitarist has a one-of-a-kind music career that spans over nearly six decades. Clapton is in the music industry for 59 years and has never slowed down when it comes to performing live and releasing new music.

However, the age factor comes into the scene at some point and Eric Clapton, as of today, is 76 years old. For the last couple of years, the guitarist has been struggling with his health despite being incredibly healthy years before that. Considering his age, the musician’s health has been impressively steady until a few years back, yet, it was inevitable for him to experience health issues eventually.

Unfortunately, the Yardbirds’ musician isn’t in his greatest shape currently, as a matter of fact, Eric Clapton has been openly speaking about issues related to his health. In addition to being spotted at an airport in a wheelchair couple of years ago, the musician is also diagnosed with a disease that can possibly end his career. Let’s take a closer look at the list of conditions Eric Clapton has been struggling with.

Eric Clapton Was Seen In A Wheelchair Back in 2017, Eric Clapton’s representatives shared a series of posts on his official Twitter page, announcing the postponements of two shows at Los Angeles venue The Forum. In the statement, the reason for the cancellation was revealed as severe bronchitis and Clapton’s doctor advised him to reschedule his shows. In addition to this, representatives stated that the musician is sorry to disappoint fans, however, they will be seeing each other at the next shows.

“Due to severe bronchitis and under doctor’s advisement, Eric Clapton is rescheduling this weekend’s two shows at The Forum in Los Angeles.”

This detail was added:

“He is very sorry to disappoint his fans but looks forward to these shows.”

A few days after the postponement announcement, Eric Clapton, who was 72 at that time, was spotted at Los Angeles International Airport. After seeing the musician in a wheelchair and being escorted by airport staff and his daughter through the terminal, fans were quite worried. Fortunately, the musician looked like he was okay other than coughing and looking pale as he smiled and waved his fans at the airport.

What Diseases Does Eric Clapton Have? 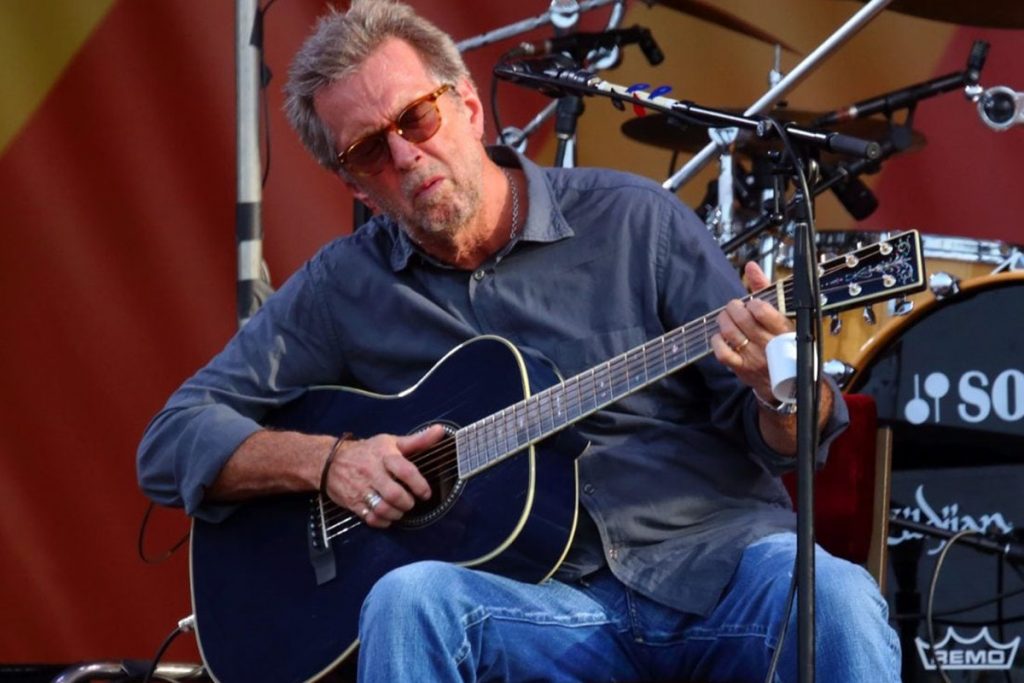 In an issue of Classic Rock magazine back in 2016, Eric Clapton opened up about health issues and revealed a condition he has that prevent him from playing the guitar from time to time. Clapton was diagnosed with peripheral neuropathy which is a condition that occurs when nerves from the brain to the spinal cord are damaged or diseased.

Talking to the magazine, the musician revealed how he discovered his disease, and apparently, the first pain started from his lower back and that’s when he realized he has peripheral neuropathy after an examination. In addition to this, the musician described how having his disease feels like and stated that it’s like having electric shocks going down your leg.

“I’ve had quite a lot of pain over the last year. It started with lower back pain, and turned into what they call peripheral neuropathy – which is where you feel like you have electric shocks going down your leg… I’ve had to figure out how to deal with some other things from getting old.”

The guitarist previously canceled shows due to having peripheral neuropathy and on top of this, Eric Clapton has been struggling with having tinnitus. Due to this condition, Clapton is losing his hearing gradually and once opened up about this matter during an interview with BBC Radio 2 in 2018. In his statement, the musician expressed how hard it is to perform live with all the diseases he has, however, the Cream guitarist sounded like he’s wasn’t going to stop any time soon.

During an interview with BBC Radio 2, Clapton stated:

“The only thing I’m concerned with now is being in my seventies and being able to be proficient. I mean, I’m going deaf, I’ve got tinnitus, my hands just about work.

I’m hoping that people will come along and see me just because, or maybe more than because I’m a curiosity. I know that is part of it because it’s amazing to me I’m still here.

I have to get on the bottom of the ladder every time I play guitar, just to tune it. Then I have to go through the whole threshold of getting calluses on the fingers back, coordination.”

Eric Clapton himself is surprised to be able to perform all of those live concerts despite his rather old age and health conditions that immensely affect his ability to perform. However, fans couldn’t be happier from Clapton’s incredible strength as they get to see their favorite musician on stage after all these years. But what about now since these interviews were a few years back, let’s see.

How Is Eric Clapton Now? 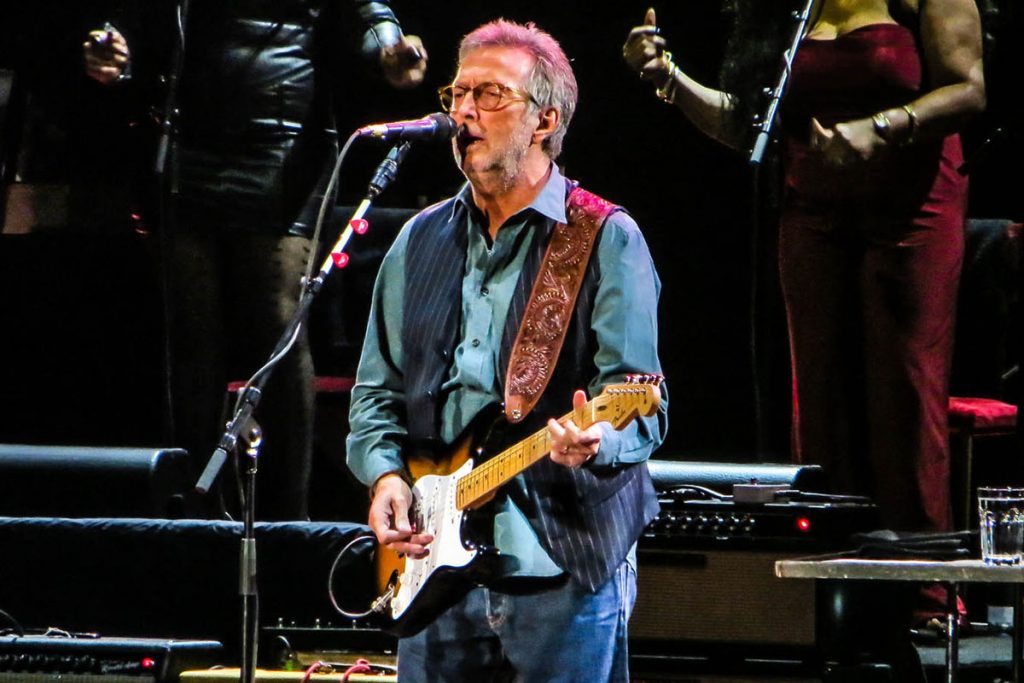 Eric Clapton has still been performing live shows and releasing music, however, his current health status is apparently deteriorating. During a recent appearance on Oracle Films, the legendary guitarist opened up about his upcoming world tour that was canceled due to the coronavirus pandemic.

Despite looking like he was in a good shape even though he’s 76 years old, Eric Clapton stated that he’s worried about the future of his music due to his age. At some point in the interview, Clapton admitted not knowing how long he can carry on performing which is quite disappointing to hear for his fans, however, he’s at an age where no other musician would be performing anyway.

Eric Clapton stated during the interview:

“I don’t know anything about sociology and science, I’m a musician but I did realize that I was setting out do to a world tour and I had to cancel a year’s work immediately because there was no leaving it to the last minute tickets that were about to be sold which form a selfish point of view is devastating because I’m of an age now where I don’t know how long my faculties will go on.”

You can see the Twitter posts and interview below.

Due to severe bronchitis and under doctor’s advisement, Eric Clapton is rescheduling this weekend’s two shows at The Forum in Los Angeles.

He is very sorry to disappoint his fans but looks forward to these shows.