The juicy rivalry is almost inevitable whenever two bands who have the same background and style release albums around the same time. When dedicated fans who love to pick sides are added to this equation, band members easily turn into enemies in front of the public eye.

This is exactly what happened to Nirvana and Pearl Jam when they put out two albums around the same time, and lead singer Kurt Cobain did the first verbal attack. Although they have a history, vocalist Eddie Vedder‘s reaction to the passing of Cobain was far from their dispute; let’s take a look.

Eddie Vedder And Kurt Cobain Had A Feud 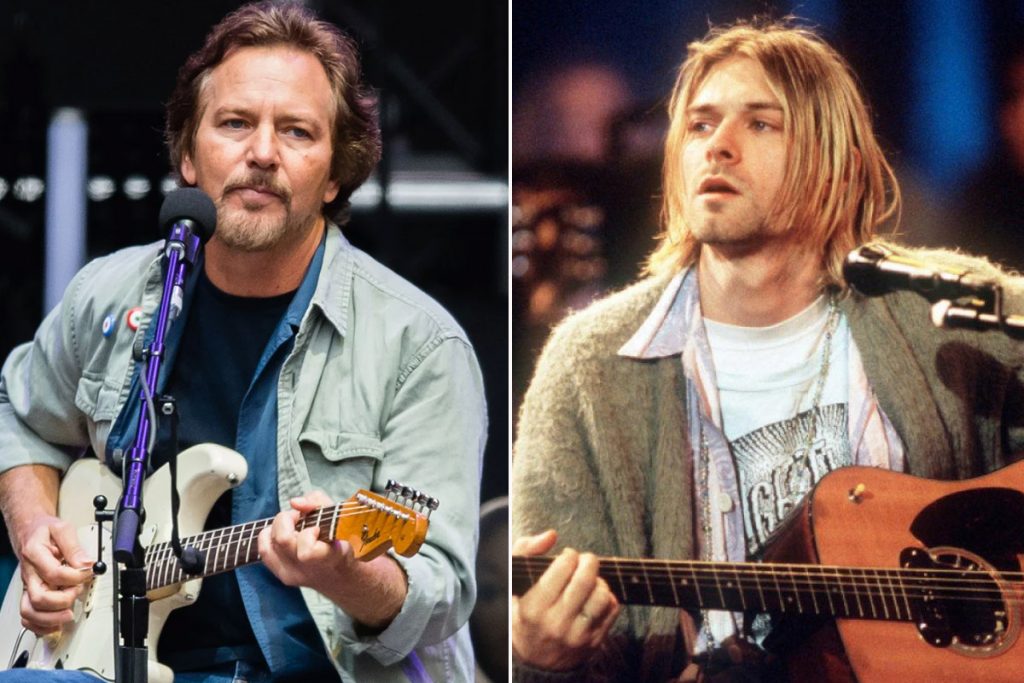 ‘Ten‘ is the debut studio album of Pearl Jam, released on August 27, 1991. Although the album was not an immediate success, by late 1992 it had reached number two on the Billboard 200. In the following years, the record started to gain a reputation as a quintessential grunge record.

A month later, Nirvana released its second studio album, ‘Nevermind,’ on September 24, 1991, and it would be an underestimation to say that the record is one of the most significant releases of all time. It didn’t only end the dominance of hair metal but also bring both grunge and alternative rock music back to the mainstream.

The feud between Kurt Cobain and Eddie Vedder started when Cobain didn’t exactly appreciate Pearl Jam’s music and directly said that they release radio-friendly songs which is something the late Nirvana singer fought against.

Fortunately, the musician backed down from his statement and said that he should’ve slammed the record company instead of the band members since they weren’t the ones to blame. In the following years, Eddie Vedder himself admitted that he could have agreed on some of Cobain’s words but he had a hard time seeing the reality as a young musician. 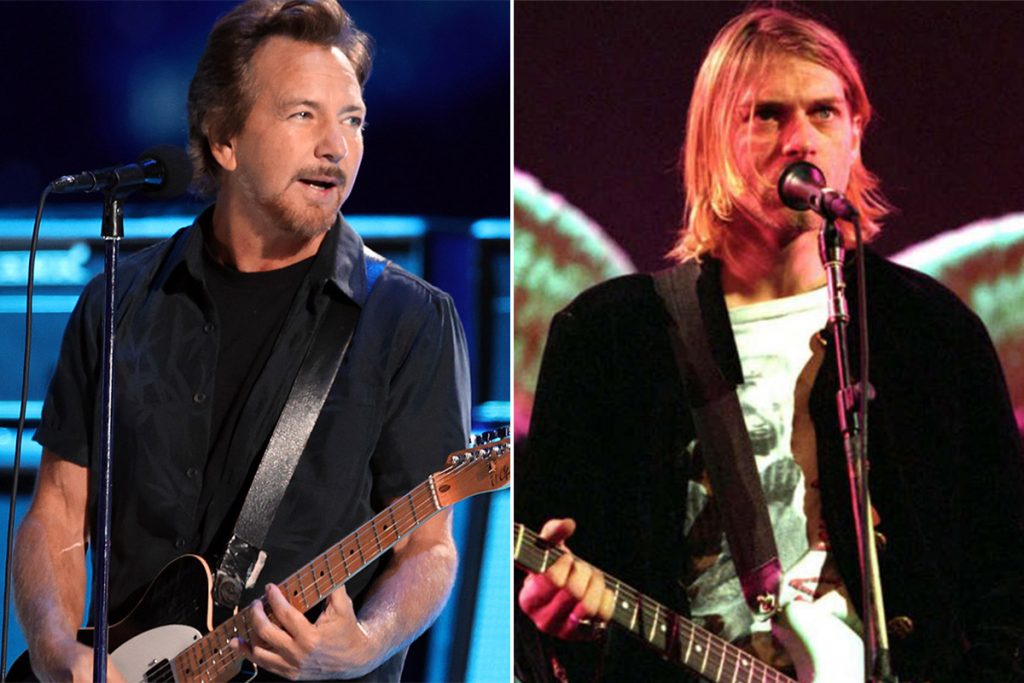 In their memoir named ‘Pearl Jam Twenty,‘ the band recalled the time when they found out about Kurt Cobain’s death. Following the devastating news, the band had a show during which Eddie Vedder opened up about Cobain on stage.

The rocker said none of them would have been in the room if it weren’t for Kurt Cobain in the middle of their emotional show. According to the book, Vedder even destroyed his hotel room earlier in the day upon learning about Cobain’s death.

In fact, the Pearl Jam frontman admitted that Kurt Cobain resonates in his life in many aspects. According to him, they both had been through similar things in their lives as well as their music careers. He also didn’t forget to mention that Nirvana paved the way for many bands from Seattle.

In the book, Vedder said:

“Kurt still resonates in my life. It always comes up around a campfire or playing music with a few guys in a room or in a garage, for no particular reason. Maybe there’s a basement party with just a few people, of which he had known. I always think he would have liked this. If he stuck around, this would have been a good night for him. But I didn’t know him that well.

Had Nirvana not been the first band to come out of Seattle and have the attention spike so high, I still think that things would have happened up here, but not quite the way they did. I always admired and respected him and felt a kinship. I would hear there were some competitive feelings there, and I kind of thought that was good.”

It appears that their feud turned into something so unimportant that Eddie Vedder had nothing but nice things to say about Kurt Cobain after his death. While it’s heartbreaking to remember the tragic passing of the Nirvana frontman, it’s lovely to see a musician appreciating another despite their previous statements.