When a young rock fan wants to build up a career in the rock and roll industry, create music for the rest of his life, and make his living through that, they step up with certain ideals. The ideals tend to develop or even change according to the encounters and whether they choose to go solo or work with a band. If the road of working with a band is chosen, then other members can suppress their ideas as it is crucial to be in sync and compromise at times.

Some bands have suffered the consequences of a member wanting to be more individual and inflict their ideas on the band. However, in some cases, like Deep Purple, the person who wanted to do something different from the rest just left. Ritchie Blackmore and his ventures with Deep Purple came to an end around these principles of rock and roll. He wanted something else, and Purple was not compromising to give that to him.

What Did Ritchie Blackmore Want From Deep Purple? 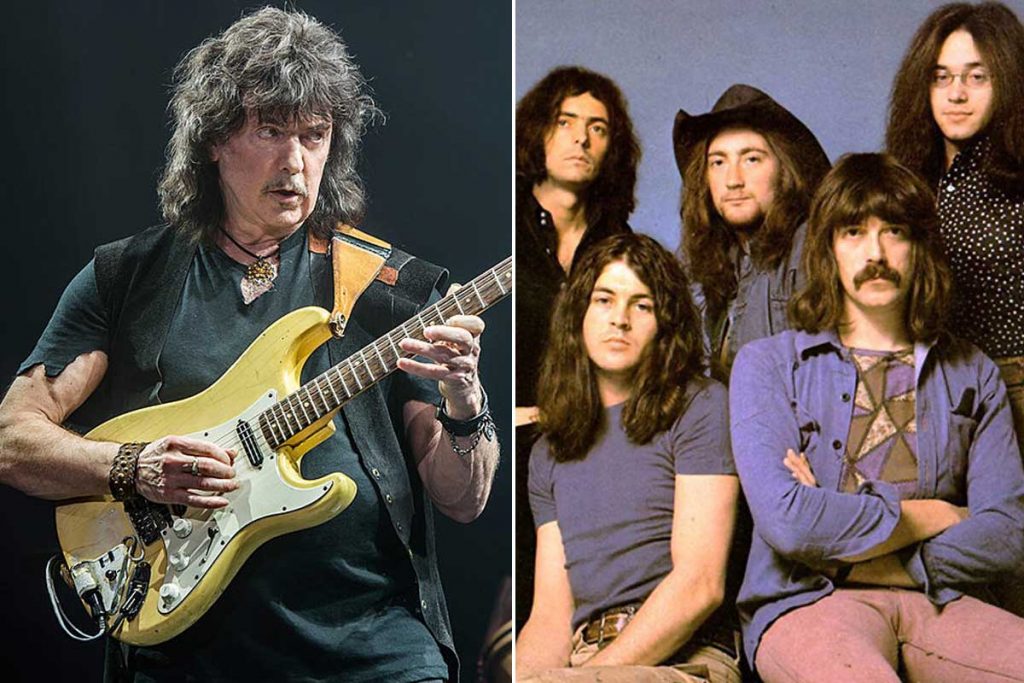 After trying out a few bands and being a session musician in his early career, Blackmore found Deep Purple along with the rest of the members in 1968. In 1974, he quit to form Rainbow and realized what he lacked while working with Deep Purple. He stated in a 1975 interview that the band was not a contributing band.

The items were not refreshing anymore, and they didn’t have a rapport because the band was more into business. They had become stable and weren’t open to new, creative ideas and instead were professionals. He also said that the band members were just there to play instead of contributing to the creative process.

Here is what he said about what was missing in Deep Purple:

“I’m being modest in saying it’s kind of brilliant. It had come out very well. And after I did the LP and during making the LP, I was thinking about Purple and thinking it was so refreshing to be able to work with new musicians and to have a rapport that I didn’t have with Deep Purple. It was just professionalism with Deep Purple rather than a rapport. Our drummer would be good enough to back anything, but not really to put any of his ideas forward to make a song. It was; whatever’s there, I’m gonna play and play very well.”

He continued to further analyse Deep Purple’s style that he didn’t like by stating:

“One thing, in this business, it’s a pity, but you’ve got to keep very consistent. And musicians sometimes can’t be consistent. To be creative, that doesn’t mean you can be consistent all the time. You’re searching for things. You try new songs. You can’t just keep churning them out like a sausage factory. That’s what we were becoming. And I didn’t like it at all. And a few of the other members were getting a bit fed up with it, too. I don’t know if they’ve changed. I don’t think they have because Purple songs will always have to sell a certain amount of records, whether I like it or not.”

Even though Blackmore quit in 1974 to establish Rainbow, he returned in 1984 to stay until 1993. The guitarist is still actively performing, and he also gives space for his Deep Purple and Rainbow material in his shows and his solo works.