Longtime Van Halen fans know that the band never had hard times creating and releasing well-crafted hit songs and albums during their successful journey in the rock music scene. However, one can say that the band members went through challenging times while trying to have a stable lineup and sticking with one frontman. The band’s best-known members were Eddie Van Halen, David Lee Roth, Alex Van Halen, and Michael Anthony.

Even though Van Halen was very famous and commercially successful back then, thanks to their works that hit the charts worldwide, the band’s lead singer David Lee Roth decided on his future career in 1985. He left the band to pursue a solo career as a musician, so Roth’s leaving the group for the first time ignited the fire. As a result, Eddie Van Halen had to find a new lead for the band, and he had a great candidate for it. 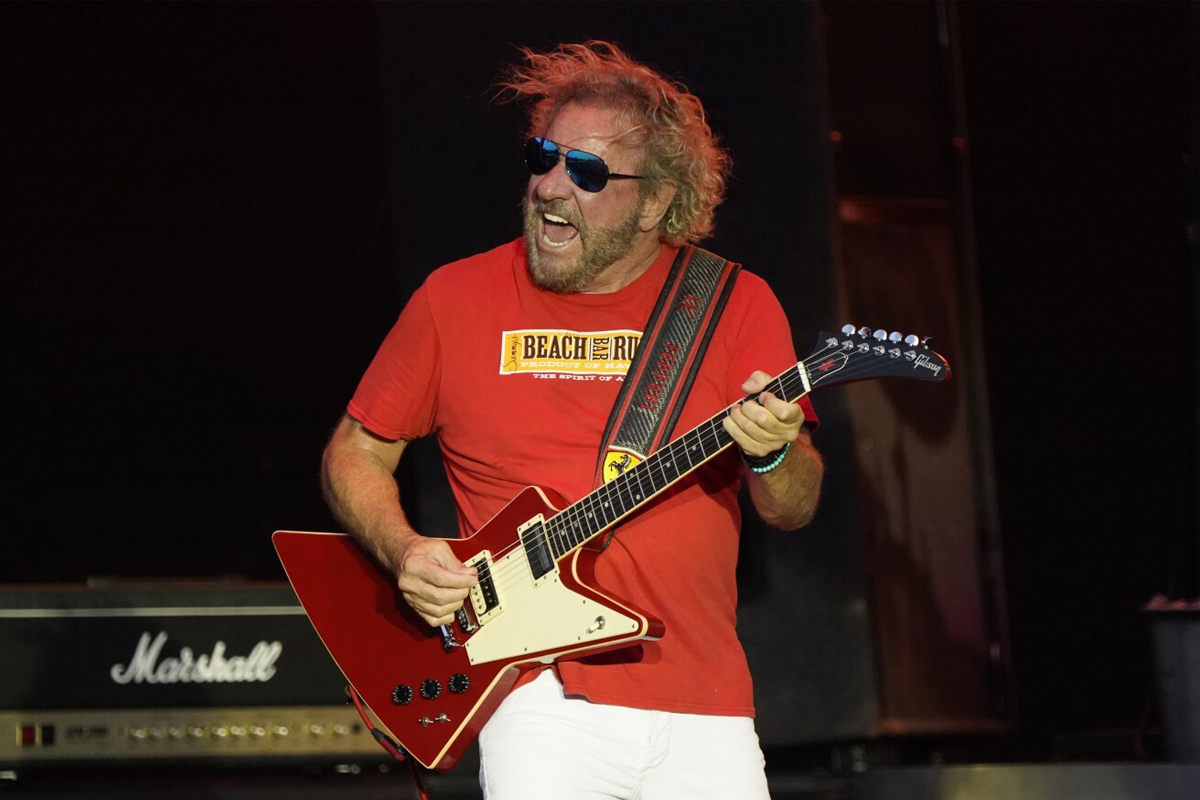 After parting ways with Roth, Eddie Van Halen searched to recruit a new singer to replace the founding member. In the same year, the famous guitarist decided to give this critical role to Montrose singer Sammy Hagar thanks to his car mechanic’s advice and Hagar’s extraordinary performances before. Hagar agreed to join Van Halen, having a milestone moment in his prolific career.

The singer performed in Van Halen’s best-selling albums named ‘5150,’ ‘OU812,’ ‘For Unlawful Carnal Knowledge,’ and ‘Balance’ until his controversial departure in 1996. The main reasons behind that were Hagar’s unwillingness to work on a complication album and recently becoming a father. These disagreements harmed his relationship with Eddie and eventually caused his leaving Van Halen. While people have many ideas about Hagar’s career with the band, David Lee Roth has plenty regarding his replacement.

Van Halen fans always argued about which era was better, Van Hagar or Van Roth. They never found the correct answer because it’s mainly about personal taste. Thus, no one can deny that there was always a competition between them, although they didn’t perform together simultaneously. The two frontmen sometimes targeted each other or highlighted their success and legendary performances in the band.

As one of them, Roth shared his feelings and ideas about Hagar’s time as Van Halen’s singer and drew attention to the band’s style by defining it as nostalgic. Then, Diamond Dave claimed that Hagar wasn’t happy about performing with the band, and he was never content about his tenure. He advised everyone to examine his previous interviews to realize the Chickenfoot frontman’s complaints about Roth and the other things about Van Halen.

In Roth’s words, he said:

“When Sam was in the band, it was nostalgic because people would think about what was being. It’s up to date. It’s no longer just a purely nostalgic gig. You saw what happened on MTV. People don’t applaud like that when the bass hitting rollers reconvene. It’s of the moment and right now. Also, Sam was a very unhappy person for his whole brief but colorful tenure. He was. Read all the interviews. This was somebody who wasn’t enjoying it. Go back through and listen; it was always bitter complaining about me.”