Open Letters are widespread in the music industry sometimes; the musicians may have written one to either share their positive views about a situation or criticize a specific occasion. The second one is more common among celebrities, especially considering the endless competition in the rock music scene. They are always ready to blast or slam one another after drawing attention with a controversial move.

One of the most known open letters was Pink Floyd icon Roger Waters’, who wrote one to Jon Bon Jovi’s Bon Jovi. The reason behind it was Bon Jovi’s upcoming concert in Israel, and Waters protested the country’s government for killing thousands of innocent Palestinian people. Another interesting letter was the one Guns N’ Roses’ Axl Rose wrote for a Red Hot Chili Peppers member after they performed in Super Bowl, but for a different reason. 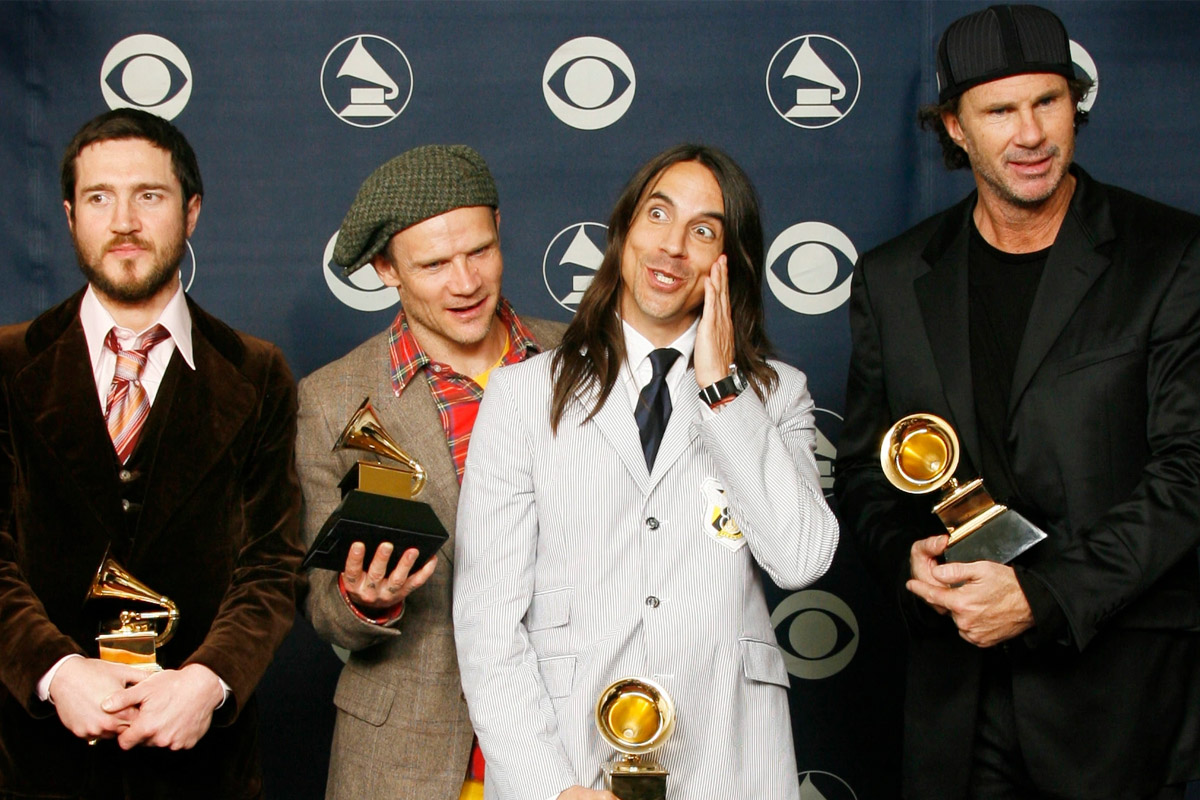 Its pregame show started with Rutgers Scarlet Knights Marching Band and Syracuse University Marching Band’s performances, and then New Jersey Youth Chorus joined them. Renée Fleming performed ‘America the Beautiful’ and ‘The Star-Spangled Banner.’ Moreover, the Halftime show drew much attention after the organizers announced that Bruno Mars and Red Hot Chili Peppers would perform together. However, the audience noticed a difference in the band’s show.

Red Hot Chili Peppers were performing with unplugged instruments while singing with Mars. Of course, the fans and other musicians understood that they were playing with pre-recorded basses, guitars, and drums, and only the band’s lead vocalist Anthony Kiedis sang live during the show. This attracted a lot of criticism, and Guns N’ Roses Axl Rose was one of the few who voiced their opinion.

Axl Rose shared an open letter entitled ‘In the Name of Science’ to criticize their ‘fake’ performance, saying that the band invented a revolutionary way of performing the songs without any other technology. He mocked the situation by highlighting that the musicians had ‘microchips in their asses,’ and it’s a science miracle. Rose added that Kiedis was also doing karaoke even though the band said he performed live.

In Rose’s words, he said:

“I enjoyed the show, and I’ve no idea what the real story is, nor would I want to suggest or imply anyone wasn’t performing or that what they were playing wasn’t what we heard. That said, I feel it’s important to always look at the positive side of things and to give the benefit of the doubt.

So consider that maybe sometime before their actual performance that rather than use a guitar cord or standard wireless, that in the name of science and for all mankind, Flea courageously had a newly invented breakthrough in microchip technology installed in his ass that picked up the frequencies of his bass and transmitted them to his amplifier.

Maybe they all had microchips installed in their asses and not only picked up the frequencies of their instruments but got Direct TV and the internet too! Like Google Glass, Google A-s! They could be ‘Scientific Pioneers!’ Like Buzz Aldrin and s–t! True (pardon the pun) astronauts! Or like Superbowl crash test dummies for bands kinda like those cars that drive themselves!”

Besides, if the band wasn’t playing or wireless or whatever Anthony was singing, they may have set a new world record for the largest karaoke audience ever! Awesome! So relax and show some pride! This is probably all just Google finding new ways to enrich our lives with the selfless volunteering of the Peppers and the ever ongoing creative process of true innovation or perhaps a new lounge bar record of super magnificent proportions and a new pinnacle of human achievement not seen since the sign language guy in South Africa! God Bless America, the Peppers n’ technology… PN’T!”

After all of these criticisms, Red Hot Chili Peppers bassist Flea explained the situation and stated that the NFL requested them to use pre-recorded versions of their instruments except for Kiedis’ vocals. He said they would prefer to perform live, but it was NFL’s halftime show, not a RHCP concert, and they didn’t plug them in because they didn’t want to lie. It seems like the organizers feared unexcepted or unforeseen problems in the sound while millions of people were watching, but this didn’t stop Rose from criticizing the band with an open letter.

“It was made clear to us that the vocals would be live, but the bass, drums, and guitar would be pre-recorded. There was not any room for argument on this.”

“Could we have plugged them in and avoided bumming people out who have expressed disappointment that the instrumental track was pre-recorded? Of course, easily we could have, and this would be a non-issue. We thought it better to not pretend. It seemed like the most real thing to do in the circumstance.”

You can watch the performance below.