Alice Cooper never chose the easy path. While his peers in the late ’60s preferred to play mostly blues-infused rock, which was popular then, entering the mainstream had never been a concern for the rocker. Cooper produced the music he wanted to play and listen to with his band and knew like-minded people would discover him and follow his path.

He eventually achieved commercial success and international recognition, but being famous wasn’t the only factor that turned him into a household name in the rock scene. His gothic stage shows, creepy props, and role in the rock and metal scene gave Alice the nickname the ‘Godfather of Shock Rock.’

Since Cooper has had a long career in the rock scene, he can recognize a rocker in the making. However, he was surprised when he met Kesha because the artist he considered a potential rocker was actually a mainstream pop singer. Still, Alice thought that Kesha had the potential, and he decided to give her a piece of advice. 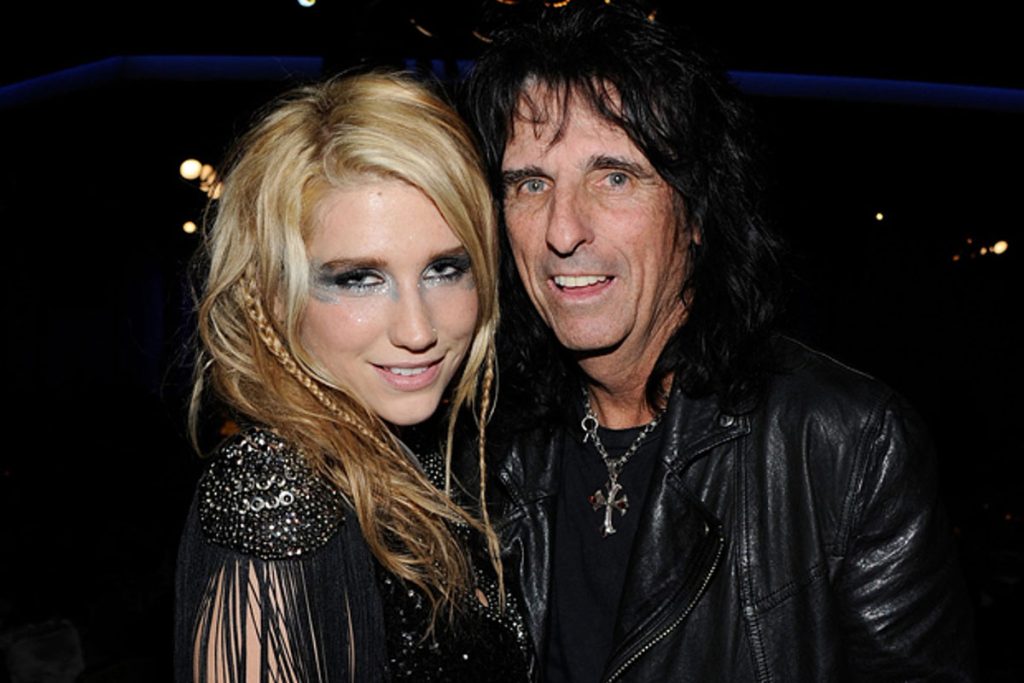 From the first moment Alice met Kesha, the rocker knew she had the potential to become a rock star. Cooper recalled their first meeting in a conversation with Billboard in 2011 while he was promoting his then-new record, ‘Welcome 2 My Nightmare,’ a sequel to his classic 1975 debut as a solo artist, ‘Welcome To My Nightmare.’

“I met Kesha at the Grammys,” recalled Cooper. “I immediately looked at her and went, ‘This girl is not a pop diva. She’s a rock singer.’ She would much rather be the female Robert Plant than the next Britney Spears.” Speaking on how he decided to collaborate with her, Alice added, “Bob Ezrin said, ‘Nobody’s gonna expect Ke$ha on your album.’ I said, ‘Great! Let’s do it.'”

Kesha teamed up with Cooper on his song, ‘What Baby Wants‘ as Alice thought that the track fit Kesha’s image really well. Ultimately, the rocker was pleased with the outcome. While speaking to Classic Rock Revisited a few months after his interview with Billboard, he discussed the song and admitted that he never thought Kesha looked like a diva.

“She never looked, to me, like a diva, she looked like a rock singer,” admitted Cooper, and he disclosed his advice to the young artist. “I told her, ‘Eventually, everyone leaves the divas. There is no way you can have a long-lasting career, as no one ends up loving the Divas forever. However, everybody loves a rock band.'”

To Alice Cooper, being mainstream or a diva doesn’t help artists achieve long careers since they can’t be popular forever. Even though Alice wasn’t as mainstream as his peers, he became an important figure in the rock scene with his music and style. His advice to Kesha was to embrace her potential as a rocker since the singer’s fame as a pop artist wouldn’t last forever.