Rock music is not a stranger to rip-offs since even the greatest bands like Led Zeppelin and the Beatles have been accused of stealing their iconic tracks over time. While these accusations are often taken to court, they tend to turn out wrong. However, fans cannot help themselves but notice the undeniable similarity of the mentioned tracks and the bands who accuse other artists of copying their tracks.

The great majority of songs copied from other artists go unnoticed due to the lack of exposure, but that wasn’t the case when Green Day‘s successful song, ‘Boulevard of Broken Dreams’ was released. After hearing the song, Oasis‘ lead guitarist Noel Gallagher immediately realized an uncanny resemblance with their song, ‘Wonderwall.’

Being the brutally honest musician he has always been, the Oasis icon brought up the matter during an interview in the following years, and accused the ‘American Idiot’ singers of ripping off their tracks. Gallagher’s statements were much more than just an accusation, and we’re here today to dig deeper into its entire allegation. 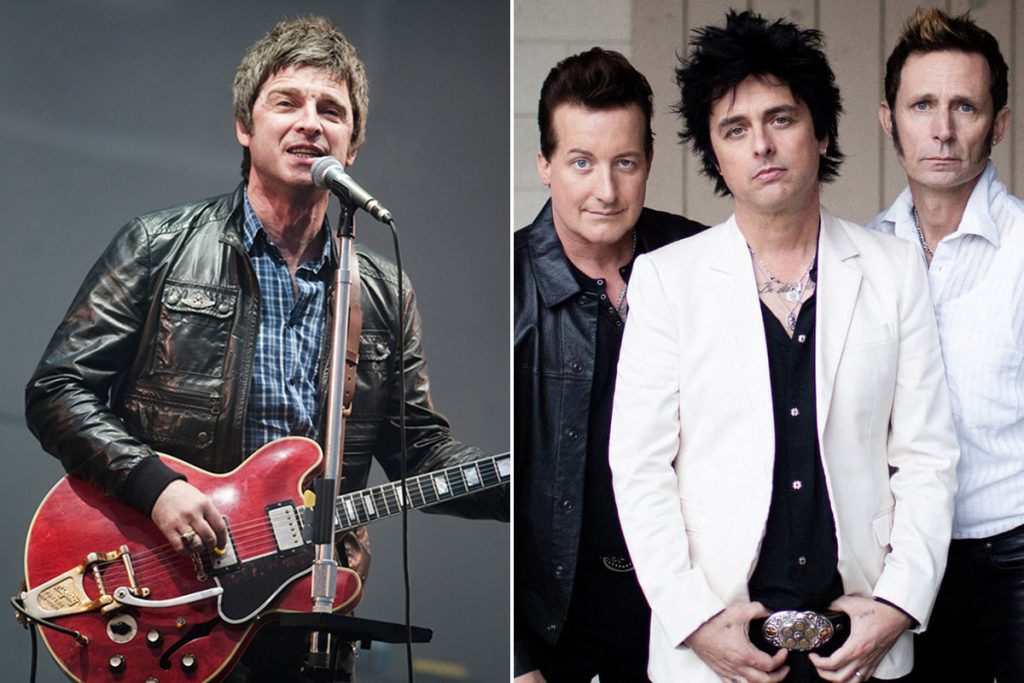 Oasis released ‘Wonderwall‘ for their second studio album, ‘(What’s the Story) Morning Glory?’ on October 2, 1995. The track was out as a single as well, and it topped the charts in Australia and New Zealand and reached the top 10 in 13 other counties, including the United States. Today, the song remains one of the band’s most well-known tracks, and its music video nearly has 400M views on the band’s official YouTube channel.

As for Green Day’s ‘Boulevard of Broken Dreams,’ they released the song as the fourth track from their seventh studio album ‘American Idiot’ and as the second single, released on November 29, 2004. The single peaked at No. 2 on the Billboard Hot 100, making it the band’s most successful song in the United States. It has sold over 2 million copies in the U.S. alone and was the ninth-highest-selling single of the first decade of 2000. As expected, the song became one of the band’s greatest and most popular tracks of all time.

Three years after the release of ‘Boulevard of Broken Dreams,’ Noel Gallagher was asked if there’s a band that needs to be put in their place during an interview, and his immediate answer was Green Day. According to the guitarist, they are nothing like they claim to be. They are just a corporate punk band which seems to be an insult if you ask Gallagher.

Furthermore, the Oasis icon alleged that Green Day ripped off ‘Boulevard of Broken Dreams’ from their song, ‘Wonderwall.’ The musician suggested that you realize that both tracks have the same arrangement as soon as you listen. According to Gallagher’s statement, the proper way to steal a song is to wait until the musician is dead or to pay people you steal from.

“Are there any bands around today that you think need to be put in their place?”

“Green Day. What the fuck’s that all about? They consider themselves to be—and I quote—’a kick-ass rock ’n’ roll band.’ They could not be less kick-ass if they tried. They’re obviously a corporate punk band—and they ripped off one of my songs!

‘I walk these lonely streets…’ Fucking ‘Boulevard of Broken Dreams!’ If you listen, you’ll find it is exactly the same arrangement as ‘Wonderwall.’ They should have the decency to wait until I am dead. I at least pay the people I steal from that courtesy.”

There’s no doubt that Noel Gallagher had a point when he said that the two songs sound incredibly similar. Considering that Oasis’ track came first, there’s a chance for Green Day to be inspired by ‘Wonderwall,’ but there’s no way to be certain. One thing is for sure; both bands benefitted from their similar tracks, and fans got two equally beautiful songs in the end.

You can listen to ‘Wonderwall’ and ‘Boulevard of Broken Dreams’ below.