Rock and metal celebrities have not only been immortalized with their iconic songs and performances but have often left a mark with their longtime feuds, conspiracy theories, and scandals in relation to drugs, sex, violence, which have sometimes even resulted in deaths. For instance, Mötley Crüe drummer Tommy Lee’s life and career are full of scandals and feuds. 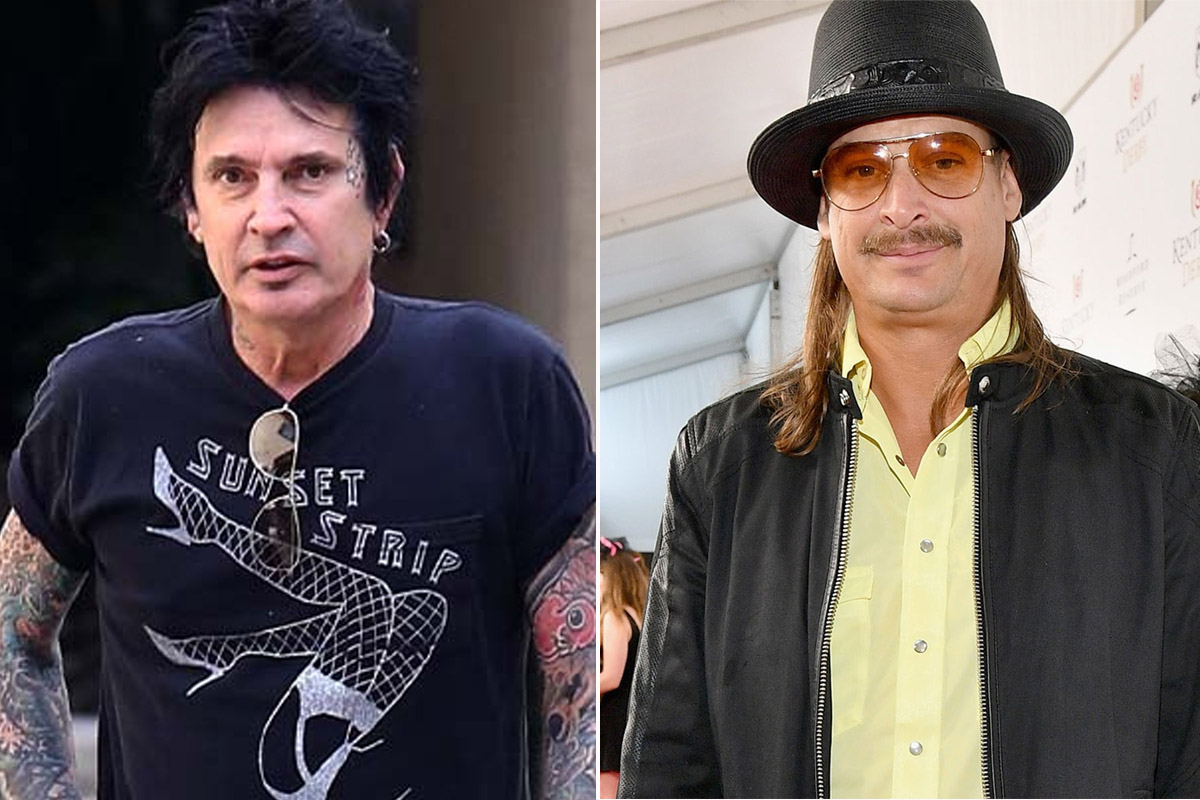 Pamela Anderson and Tommy Lee got married in 1995 and they divorced three years later due to ongoing problems with each other. In 2006, Anderson tied the knot with another famous musician, Kid Rock, but the couple was only together for four months when they decided to break up. Kid Rock claimed that Tommy Lee was involved in their divorce as he was sending him disrespectful messages from Anderson’s phone.

Thus, Kid Rock got so angry with Tommy Lee that he exploded when both of them attended the 2007 MTV Video Music Awards. Kid Rock wanted to get revenge following Lee’s disrespectful behavior when he and Anderson were going through a divorce. Thus. he punched Tommy Lee in the face and both of them told their own versions of the story in numerous interviews.

Kid Rock said in his interview that:

“It’s been going on for five years. I did what any man would do, any man across the country, across the world would do.

It kills me just to be associated with, to have my name in a sentence with him. It honestly destroys me.

The last contact I had with him was when I and Pam were going through our divorce. He picked up her Blackberry and started e-mailing me a lot of horrendous things. It was extremely disrespectful.”

“Here I am minding my own biz when I get a tap on the shoulder from Kid Pebble. I stand up and embrace him with a semi-hug and say ‘Hey dude… What up?’ He punches me in the face… Well if ya wanna call it that! The punch was more like a b*tch slap.“

As it can be understood from their statements, Kid Rock stated that Lee deserved that punch after what he had done. However, Lee said that Kid Rock punched him ‘like a girl’ although he approached him in a friendly manner. Thus, it seems like the 2007 MTV Video Music Awards was the final showdown of Anderson’s two ex-husbands, Tommy Lee and Kid Rock.