Who Received Freddie Mercury’s Royalties From Queen? Here’s The Current Status Of His Money And Estate

One of the most influential bands in history, Queen paved the way for the emergance of one of the greatest frontmen in the world, Freddie Mercury. Known for his exceptional performances thanks to his four-octave vocal range, Mercury was among the artists that changed the cource of music history.

Queen has their origins in a band called Smile in which Brian May and Roger Taylor were playing together. Later in 1970, when their path crossed with Freddie Mercury, who suggested them to try more elaborate stage techniques, they changed the band’s name to Queen. Soon later, John Deacon joined Queen which completed the classic lineup of the band.

Throughout their career, Queen released 15 studio albums involving several hit songs, such as ‘We Will Rock You,’ ‘Bohemian Rhapsody,’ and ‘We Are the Champions,’ which were sold more than 300 millions around the world. Besides his praiseworthy career with Queen, Freddie had a unconventional life for some people which made it even more difficult for him to struggle with AIDS.

In 1991, Mercury sadly passed away at the age of 45 due to bronchial pneumonia resulting from AIDS. Following his tragic death, the question of who was going to inherit his money and estate was wondered by his fans around the world, but its answer wasn’t an easy one. 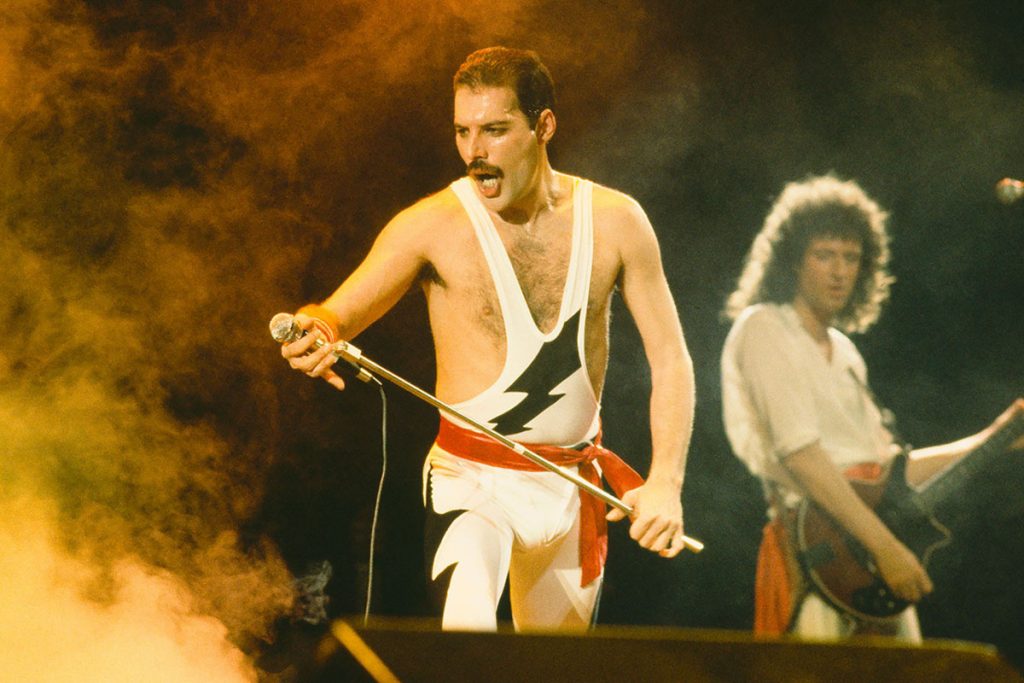 The iconic frontman of Queen, Freddie Mercury had a net worth of approximetly $50-60 million at the time of his death. His net worth was estimated considering his real estate worth, which was around $40 million, and his other liquid assets whose worth was $13 million.

Since his very first performances with Queen, Mercury reflected his unique personality to his music and stage presence which changed the course of rock music entirely. His higly theatrical style had a huge influence on the audience which was one of the features that contributed to Queen’s worldwide fame.

Freddie was credited as the songwriter of 10 of the 17 songs that was included in Queen’s ‘Greatest Hits’ album, such as ‘Bohemian Rhapsody,’ ‘Somebody to Love,’ ‘We Are the Champions,’ ‘Don’t Stop Me Now,’ and many more. Known for his using various different genres in his songwriting, Queen icon wrote songs involving genres like heavy metal, disco, and gospel.

Considering all his incomparable achievements, it won’t be suprising to see that Freddie made good money throughout his life which was left to his parents and his beloved life partner Mary Austin. According to his will, Mercury gave 50% of his recording royalties to Austin, and the remainder went to his parents and sister.

Who Inherited Freddie’s Money And Estate?

Freddie Mercury had challenged the norms of the society with his both female and male lovers as well as his stage persona which reflected his sexuality. Although he spent the last seven years of his life with his partner Jim Hutton, Freddie always referred to Mary Austin as the love of his life.

Several stories about his relationshios were revealed after the icon’s death since it was not possible for him to have a homosexual relationship at that time. It’s quite obvious according to these stories that Austin was one of the most important figures in his life. Therefore, it’s not shocking that Freddie left a good amount of his fortune to Mary, 50% percent of his Queen royalties, most of his wealth, and also the responsibility of burying his remains.

Mercury left the rest of his fortune to his parents and sister while leaving £500,000 to Hutton, who took care of him during his final days secretly struggling with AIDS.