Green Day, the rock band formed in 1987 by Billie Joe Armstrong and Mike Dirnt, is known for their commercially successful albums and their influence on the punk-rock scene, popularizing the interest in punk rock in the United States with having sold millions of albums worldwide.

Being one of the highest-selling music artists of all time, Green Day has sold over 90 million records worldwide. The band has been nominated for 20 Grammies and has won five of them, including Best Alternative Album for ‘Dookie’ (which was also cited by Rolling Stone as the best alternative album of 1994 and placed on the Rock And Roll Hall of Fame’s Definitive 200 list), Best Rock Album for ‘American Idiot’ (which might be the band’s mostly-known album as well) and 21st Century Breakdown, and Record Of The Year for ‘Boulevard of Broken Dreams.’ Their ‘Dookie’ and ‘American Idiot’ albums also took place on Rolling Stone’s 500 Greatest Albums Of All Time.

In April 2015, the band was also inducted into the Rock And Roll Hall Of Fame and was considered an influence for several artists, including Fall Out Boy, Lady Gaga, and Blink-182. Green Day is also voted as the best punk rock band of all time by Rolling Stones, and their stage adaptation of American Idiot in 2010 was nominated for three Tony Awards.

When Green Day released their debut ‘1,000 Hours’ in December 1988, the band was called Sweet Children. Before the release of ‘1,000 Hours,’ the band dropped their name to avoid being confused with another band called Sweet Baby. Then they adopted the name Green Day, which Armstrong is known to have considered the worst band name in the world.

How Did Green Day Come Up With That Name? 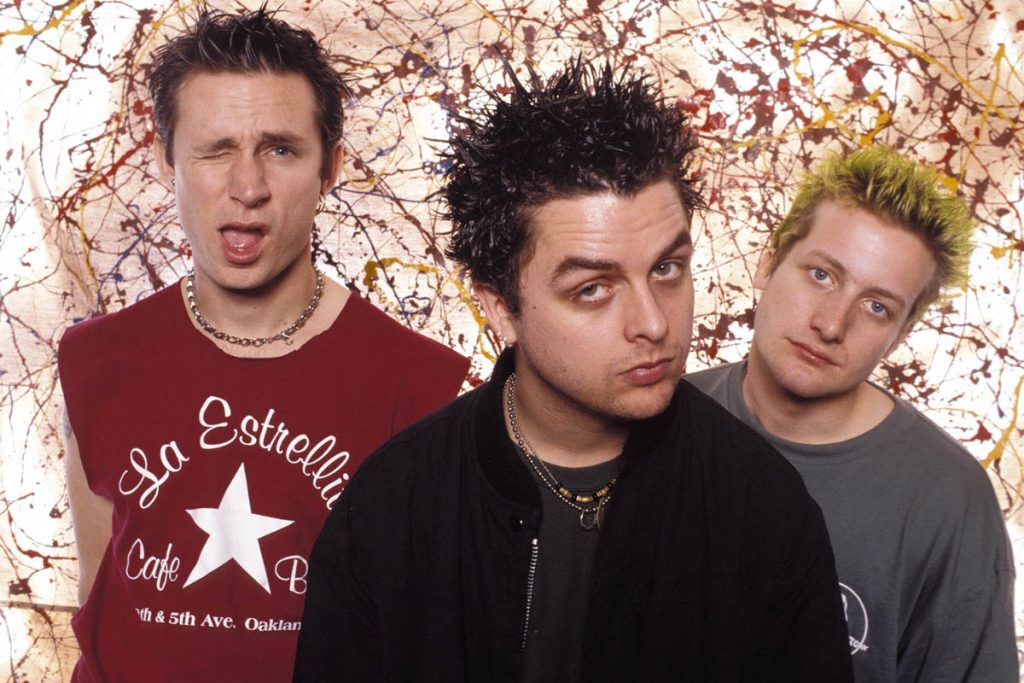 According to several sources, the band’s name refers to weed as the band members used most of their time using marijuana, parallel to the meaning of green day as slang: a day mostly spent by smoking cannabis. The band also has a same-titled song, with lyrics that allude to the use of marijuana, such as the phrase ‘my lungs comfort me with joy.’

It is known that Billie Joe Armstrong has told Time magazine on the subject of their name, saying that he wrote the song called ‘Green Day’ as he was smoking a lot back then, and their drummer said maybe they should call the band Green Day. He then revealed he considered the idea as a good one.

“I wrote a song called ‘Green Day’ because I was smoking a lot of dope. Our drummer put Green Day on his jacket and said, ‘Maybe we should call the band that.’ And I said, ‘That’s a good idea.’ We used to be called Sweet Children.”

Armstrong has also spoken to Billy Maher once during their talk on drugs, saying that the band’s name is ‘absolutely about pot,’ and adding they were trying to be the Cheech and Chong of punk rock for a while.

Although the band adopted the name Green Day for a long time, they also used their former name Sweet Children on some occasions. They released an EP called Sweet Children back in 1990, and in 2019, they performed at the House Of Blues in Ohio with the name Sweet Children seen on their drum set. Despite referencing their old name many times, the band Green Day is identified with their current name today, the name which also fits them well.