The former Police frontman Sting has a number of accomplishments during his music carer that spans over five decades. He isn’t only one of the world’s best-selling music artists, he’s also regarded as one of the best songwriters of the 20th century.

While Sting has written a number of monumental songs such as ‘Englishman in New York,’ ‘Fields of Gold,’ and ‘Shape of My Heart,’ his most praised lyrics arguably belong to The Police hit, ‘Every Breath You Take.’

However, the track has a far different meaning than a passionate love song as once revealed by its lyricist. Today, we’re here to find out about the creepy point of view Sting had while writing their most celebrated song to surprise you. 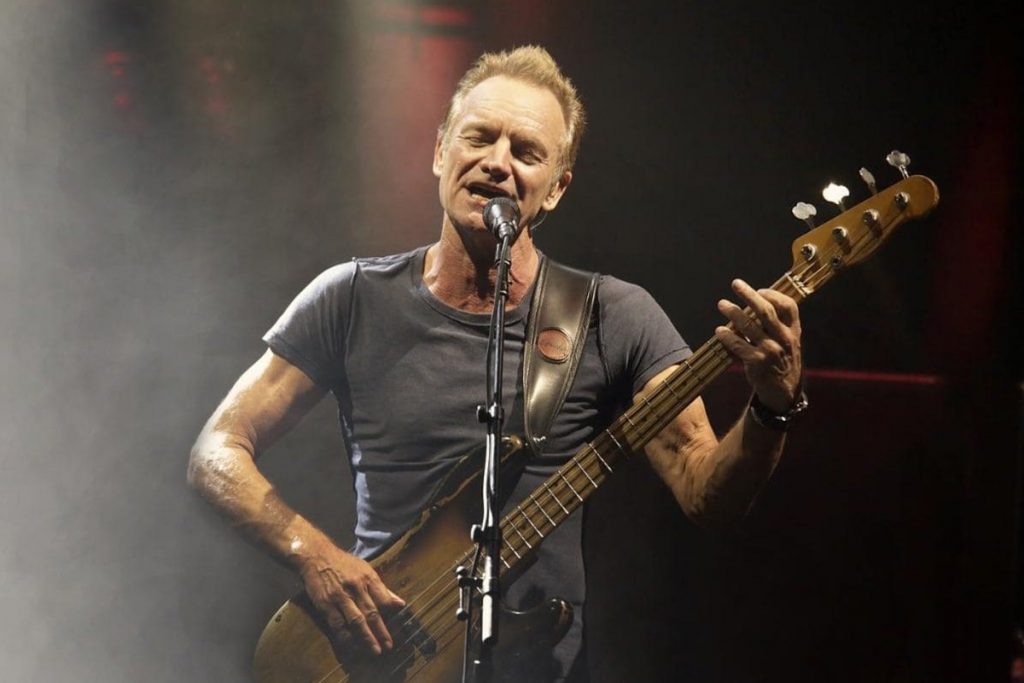 When The Police released their fifth and final studio album, ‘Synchronicity’ on June 17, 1983, they were unaware of the fact that they also put out their most successful song as well. Written by Sting, ‘Every Breath You Take‘ was the biggest US and Canadian hit of 1983, topping the Billboard Hot 100 singles chart for two months while reaching the Top 10 in numerous other countries.

At the 26th Annual Grammy Awards, the song was nominated for three Grammy Awards and won two. Sting also received the 1983 Ivor Novello award for Best Song Musically and Lyrically from the British Academy of Songwriters, Composers, and Authors. The song was also regarded as the best song of the year by numerous respectable magazines and their readers.

Many years after its release, ‘Every Breath You Take’ is still considered to be a timeless hit as it is the most played song in radio history. Furthermore, the song found itself a place on the Rolling Stone list of the 500 Greatest Songs of All Time and is included in The Rock and Roll Hall of Fame’s 500 Songs that Shaped Rock and Roll.

Commercially, Sting receives all the income from the track due to being the songwriter. Every single day, the musician has been given $2000 while his other band members are left with nothing. It’s fair to say that he won musically and financially after this one.

Why Did Sting Say ‘Every Breath You Take’ Is Sinister?

When ‘Every Breath You Take’ became a huge international hit, every Police fan assumed it was a feel-good song about being deeply in love. However, the truth is far from these romantic expectations as Sting once revealed during an interview.

In reality, Sting said that the song is about a possessive lover who is watching ‘every breath you take; every move you make.’ The musician drew inspiration from a fictional character named ‘Big Brother’ in George Orwell’s 1949 novel ‘Nineteen Eighty-Four’ who represented the constant surveillance.

Regarding the song, Sting said:

“I woke up in the middle of the night with that line in my head, sat down at the piano, and had written it in half an hour. The tune itself is generic, an aggregate of hundreds of others, but the words are interesting. It sounds like a comforting love song. I didn’t realize at the time how sinister it is. I think I was thinking of Big Brother, surveillance and control.”

The musician later admitted that he is confused by how many people think the song is more positive than it is. Sting insisted on the fact that the song is about an obsession over a lost lover as well as the jealousy and surveillance that follows the pain.

In fact, the musician revealed the reason he looks so angry in the music video of ‘Every Breath You Take’ during an interview with BBC Radio 2. He stated that the track is very evil and ugly whereas people think it’s a gentle love song, and the opposite should’ve been shown in the video.

During the interview, he said:

“I think the song is very, very sinister and ugly and people have actually misinterpreted it as being a gentle little love song when it’s quite the opposite.”

You can listen to ‘Every Breath You Take’ below.