CSNY icon David Crosby can be considered one of the most talented musicians thanks to his hit records and career with iconic bands. Crosby started his professional music career when he joined Byrds, but the personal and creative differences between the other band members caused his departure, and then he founded Crosby Stills Nash and Young.

Crosby, Stills, Nash & Young members reached great popularity and wealth, but several problems and tragedies haunted them. Like many other rock stars, Crosby was also battling his drug and alcohol addiction for a very long time until he came victorious and chose to pursue a healthier life. 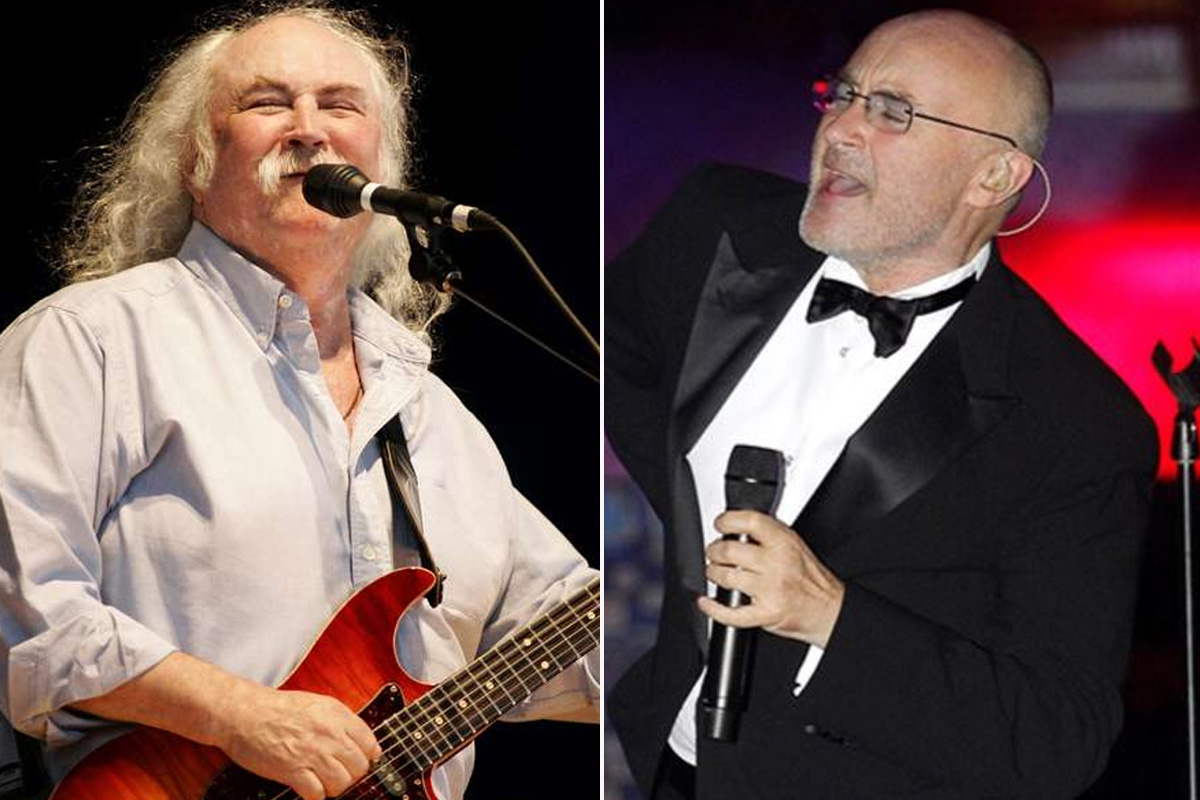 Even though his decision changed his life, Crosby had been through hard times due to various health problems. His liver problem worsened because of excessive alcohol and drug use and Hepatitis C. Thus, he needed a liver transplant. Unfortunately, he had to wait for a while until a possible organ donor was available, but he eventually got the liver very quickly.

His liver transplant created controversy, and some people claimed that he got it thanks to his fame, even though he was an addict. According to some sources, it was paid by Genesis drummer Phil Collins who was his longtime friend. Collins saving Crosby’s life was defined as the duo’s best collaboration after their ‘Hero’ duet, featured in Crosby’s third studio album ‘Thousand Roads.’

In Crosby’s words, he said:

“Phil Collins did help me enormously. I’m not going to get into the specifics about how; it’s nobody else’s business but mine and Phil’s, but he did help me tremendously, and he is a dear friend.”

Consequently, it can be said that Crosby indirectly admitted that Phil Collins helped him when he was about to die. However, he didn’t confirm that Phil paid for the liver transplant in 1994. According to Crosby, this must stay between him and his dear friend Collins forever, and it will always be a great symbol of their friendship and connection.