Brian May showed his talent to the whole world, especially after Queen’s 1975 album entitled ‘A Night After Opera.’ May has been defined as a guitar virtuoso and known for the unique playing style with the guitar he designed named ‘Red Special.’ In addition to playing with one of the greatest bands in rock music, May released praised solo records.

May performed with other notable artists while juggling between his solo and Queen career. He appeared on Motörhead’s 2015 album named ‘Bad Magic.’ The musician contributed to this album’s success with his guitar skills. Lemmy Kilmister once talked about May’s recording in the past, and he called May’s guitar playing ‘samey.’

Why Did Lemmy Kilmister Think Of Brian May’s Guitar Playing? 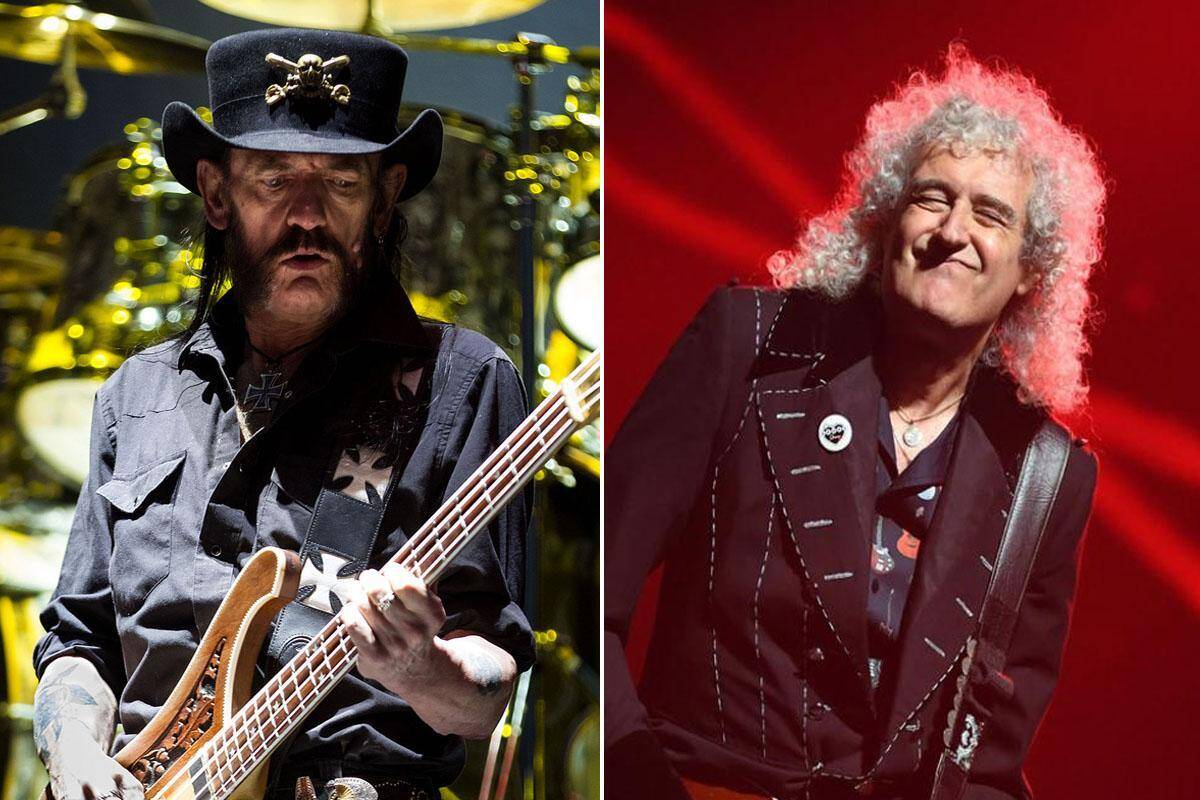 One of Brian May’s collaborations was with Motörhead for the band’s 22nd and final studio album ‘Bad Magic,’ released in 2015. May played the solo in the song entitled ‘The Devil,‘ which received many positive reviews from the critics. Due to the death of Lemmy Kilmister four months after the album’s release, the band split after four decades of their tenure, but he had the opportunity to reflect on May’s work before his passing.

In a past interview reported by Yahoo Music, Lemmy Kilmister talked about Brian May’s contributions to ‘The Devil’ when the interviewer asked how May became a guest solo guitarist in the song. Lemmy revealed that the idea was Phil Campbell’s. He added that because Brian May and Motörhead’s Phil Campbell lived near each other, they recorded the song at Campbell’s home studio. Although he knew May, he did not see him during the recording process, as Lemmy stated.

Lemmy Kilmister answered when asked how Brian May became the guest musician for the solo:

“That was Phil Campbell’s thing. He lives near Brian in Wales. He had Brian come in and do a solo at his home studio. So I never saw Brian. I know him, but I never saw him on this record. He did it in Wales and sent it over.”

When the interviewer asked whether he knew that May became successful in this song or they had hesitations, Lemmy stated that he already knew May would have done an excellent job. Lemmy mentioned that the guitarist was a little ‘samey,’ indicating May also said it about himself. However, Kilmister said it was a great experience to work with the Queen guitarist.

“No, I knew he’d nail it. Brian’s a nailer, all right. I thought he got a bit samey at the end of Queen. He’s said that himself. But it was great to have him on the album.”