Thanks to the band members’ unmatchable skills and iconic records, the Eagles have become a milestone band in rock music history. The band’s albums and singles have sold millions of copies worldwide and often hit the charts, bringing great popularity to the band members.

The band traveled worldwide during their tours, and the band members threw crazy parties after their shows, including drugs, alcohol, sex, and rock and roll. Even though these parties are typical for rock stars, one of them was so extraordinary that the band’s drummer Don Henley had to go to the hospital after it. 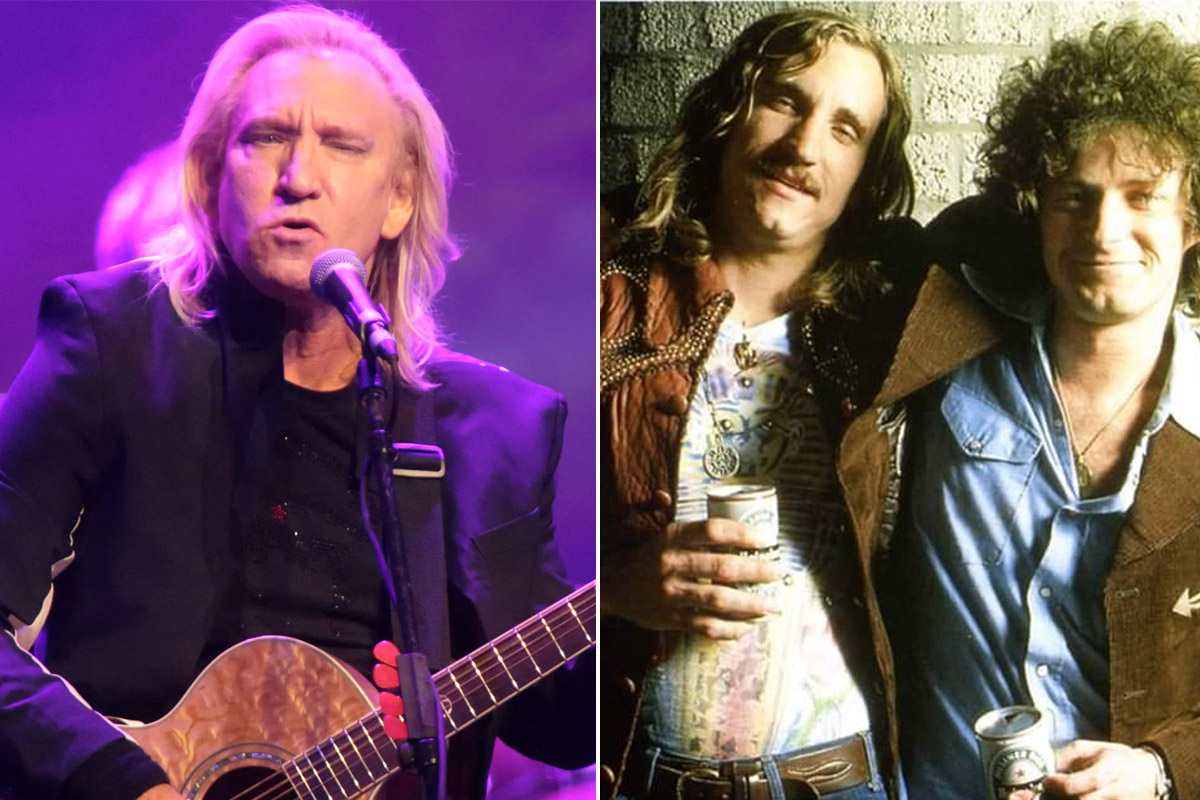 After the Eagles finished their performance The Day on The Green in Oakland in 1977, the band members wanted to have fun and started drinking together. During the drinking party, Don Henley passed out on the floor, and he was naked. However, the other ones continued to drink, and that explains why they were so intoxicated.

The band’s guitarist and co-lead vocalist, Joe Walsh, was bored after gluing the furniture to the ceiling. Then, he realized that Don Henley was lying naked and looked at his penis. Walsh didn’t like it, so he decided to reshape it with his Swiss knife. Fortunately, the knife was old and rusty, and he couldn’t circumcise Henley but left a scar on his sexual organ.

Walsh recalled the prank saying that:

“I was out of my mind a lot back then. I had just finished super gluing all the furniture to the ceiling, and I was feeling bored. It was about 4 a.m., and it was just me, Mick Jones of Foreigner, and Steve Miller still awake. Henley was passed out naked on the floor.

His junk looked like bazooka joe wearing a turtle neck, so I figured I would help him out and remedy the situation. I got out my trusty old Swiss army knife and went to work on him. I got halfway through and realized I had no idea what I was doing. The knife was old, dull, and rusty. The knife got stuck and Steve Miller pulled the rest off with pliers.”

“I had no idea what happened then I heard Miller and Walsh giggling uncontrollably in the other room. I was rushed to the hospital, and I am now scarred for life, but it was all good clean fun. I can pee around corners now. That Walsh is an interesting bunch of guys.”

Consequently, Henley was shocked when he learned what happened that night and was immediately taken to the hospital. Years after this craziest prank, Walsh admitted that he had no idea what he was doing, and this joke could have turned out a disaster if the knife had been new and sharp. Thankfully, the drummer was able to continue his life as a healthy person.