There are a lot of crazy stories about Iggy Pop and David Bowie. The fact that the first one is called ‘The Godfather of Punk’ and the other had numerous nicknames such as ‘Thin White Duke,’ as he often reinvented himself, in a way shows that these guys had the popularity and qualities to get away with pretty much anything.

The story that we’re going to shed some light on today is considering the time when Iggy Pop let loose a little too much and was given the option to either enter a psych ward or go to prison. Even though he was mainly there to recover from his addiction to drugs, there was one person who was crazy enough to bust the psych ward and give his friend some cocaine.

Why Did Iggy Pop Enter A Psych Ward? 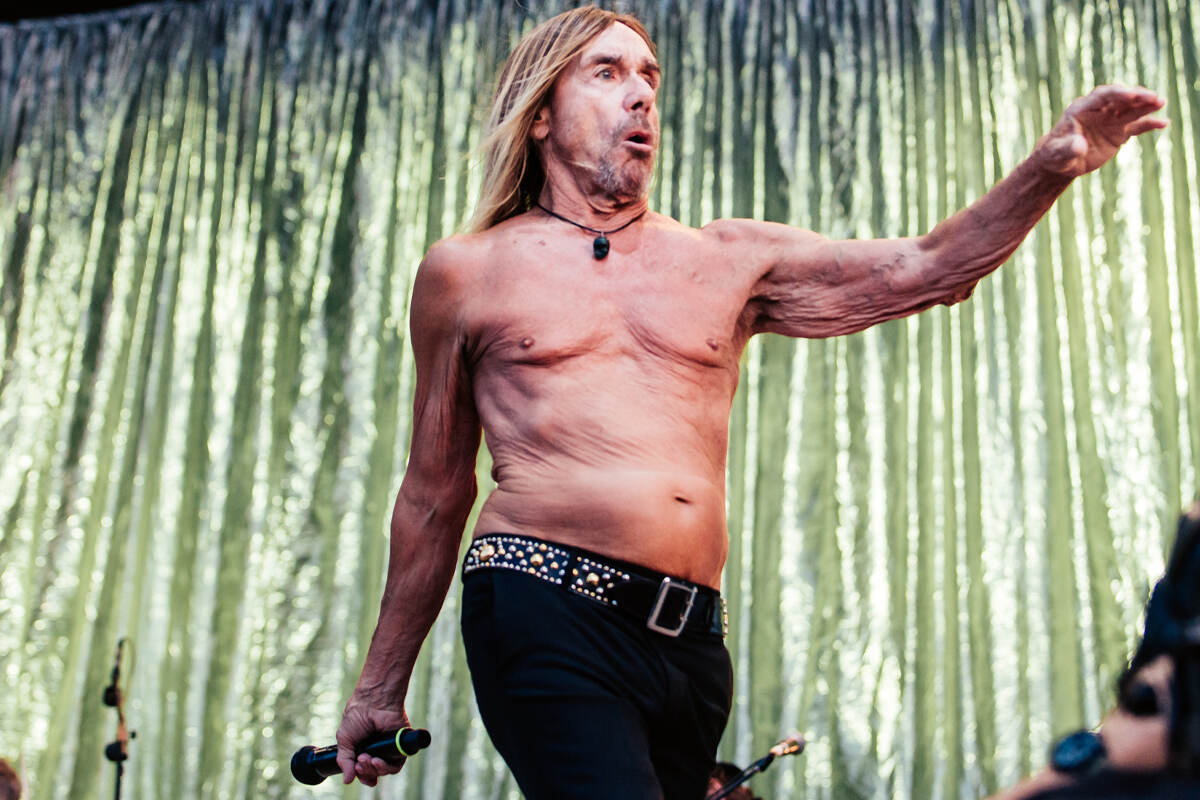 The mid-’70s were a tough time for Iggy Pop. The Stooges had decided to disband for the second time in 1974 and as Iggy was already struggling with drug abuse, he found himself in a loop. Iggy dove deep into depression and addiction and spent most of his days getting wasted and crashing every party he could.

He was arrested several times for misdemeanors and at some point, he found himself in court and during the trial he was given two choices; to either enter rehab or go to jail. Iggy picked the first and checked himself into a mental institution, the UCLA Neuropsychiatric Institute.

During that time, he didn’t have a lot of people who were there for him but one of the few was the iconic rockstar, David Bowie. The duo had met in the early ’70s and in 1973 Bowie had co-produced and mixed the Stooges’ album ‘Raw Power’ with Iggy. Their friendship had grown stronger over the years and David didn’t leave his friend alone in the psych ward either.

Did David Bowie And Dennis Hopper Get Into Iggy Pop’s Psych Ward To Give Him Cocaine?

During an interview back in 2002, David Bowie publicly admitted that they did visit Iggy Pop with Dennis Hopper when the rockstar was staying in the mental institution. At the time, Bowie and Hopper thought it would be a great idea to surprise their friend trying to recover from addiction with some drugs as ‘he probably hadn’t had any for days.’

David Bowie recalled that incident during an interview with Blender in 2002:

“Ah, that was so stupid. If I remember right, it was me and Dennis Hopper. We trooped into the hospital with a load of drugs for him. This was very much a leave-your-drugs-at-the-door hospital. We were out of our minds, all of us. He wasn’t well; that’s all we knew. We thought we should bring him some drugs because he probably hadn’t had any for days!”

David Bowie also talked about this incident in his 2012 book ‘The Golden Years’ and said that it was Dean Stockwell who accompanied him while visiting Pop that day and that they had dressed up in space suits in order to surprise their friend. They went to the hospital stoned and started screaming at the door that they want to see Pop.

Iggy later said that the staff let them in because they were starstruck; you don’t see a famous musician and an actor banging the door of a mental institution every day. After they were let in, the duo shared their cocaine with Iggy who happily accepted this gift. Although this behavior could be criticized, it should also be remembered that David Bowie later helped Iggy kickstart his life and career.

“By 1975, I was totally into drugs, and my willpower had been vastly depleted. But still, I had the brains to commit myself to a hospital, and I survived with willpower and a lot of help from David Bowie. I survived because I wanted to.”

Bowie and Pop definitely encouraged and furthered each other’s addictions as they were both suffering from the same disease. The duo had come to a point that drugs were not a luxury anymore but a necessity. The fact that they managed to lift each other up and contribute to each other’s success shows that after all the mistakes they made together, they also managed to separate right from wrong.