Guns N’ Roses is one of the very few bands who achieved international fame with the very first album they released. However, this shouldn’t be a surprise since it featured brilliant singles such as ‘Paradise City’ and ‘Sweet Child o’ Mine.’ Following that, the band managed to preserve their fame with their energetic live performances, worldwide touring, and subsequent albums.

Nonetheless, one song started the entire music carer of GN’R before they released their legendary debut studio album. That song was ‘Don’t Cry,‘ which was the first song the band had ever written following their formation in 1985, and frontman Axl Rose reflected on its importance during an old interview; let’s take a look. 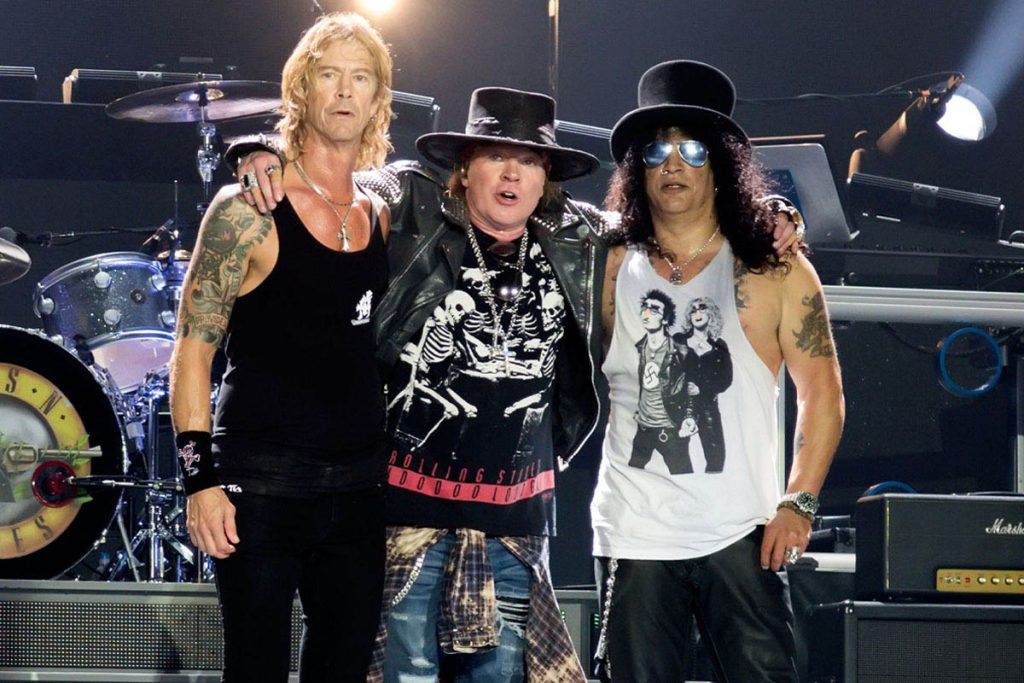 Shortly after Guns N’ Roses was formed in Los Angeles, Axl Rose and Izzy Stradlin wrote the first song entitled ‘Don’t Cry‘ under the name of the band in March 1985. The power ballad had two versions which were released simultaneously on different albums.

The song reached the top 10 in many countries, including peaking at no. 8 on the U.K. Singles Chart and no. 10 on the U.S. Billboard Hot 100. ‘Don’t Cry’ became a no. 1 hit in Ireland, Finland, and Portugal as well. On top of its commercial success, it became one of the band’s most well-known tracks, which turned it into a live show staple.

During an interview around the same time when Guns N’ Roses were to release their two 1991 albums, Axl Rose reflected on their records individually. After opening up about the sequencing in their debut studio album, ‘Appetite for Destruction,’ Rose touched upon the first song his band had ever written, ‘Don’t Cry.‘

The musician started by revealing that GN’R would be releasing two versions of ‘Don’t Cry’ on both then-upcoming albums. Rose stated that the band came up with the alternative version just when they were recording the song as they had an epiphany in the studio. Rose and the rest of the band members stopped to appreciate the fact that this was the song that started everything for the band’s career and got them a record deal in the first place.

“There will be a version of ‘Don’t Cry’ on both records, one of the first one and one of the second. The one on the first one is the nearly recorded version of the original lyrics, and then the second one is the newly recorded version of alternative lyrics. They’re kind of like, 1991 updates got different words and melody in the verses. It just kind of happened while I was recording the other one.

We were like, ‘Man, that’s the song that is basically one of the reasons we got signed.’ People in L.A. have been our fans since we’ve started playing in clubs. We never put on a record. We’re kind of trying to save what we considered one of our ‘AIDS’ cards because we didn’t know if we’d sell five records, you know.”

You can watch the interview and both versions of ‘Don’t Cry’ below.