Watch An Epic Drum Battle, James Hetfield vs Lars Ulrich: Only Metallica Fans Can Decide Who Is The Better

Metallica, one of the greatest heavy metal bands in history, always had James Hetfield as its frontman and rhythm guitarist and Lars Ulrich as its drummer from the very beginning of the band as the two were the co-founder of the band, starting the legendary Metallica together.

While the whole world knows James Hetfield as one of the best frontmen in the world, there were times when Metalica’s lead vocalist has proven himself as a quite skillful drummer as he sometimes performed his talent on stage with Metallica, furthermore even with a band ‘Spastik Children.’

When there are two great drummers in a band, what’s a better way to have a drum battle on stage to satisfy the fans. That’s exactly what Metallica did nearly 30 years ago which was a thrilling view to watch as the whole audience was cheering for both James Hetfield and Lars Ulrich.

James Hetfield As A Drummer 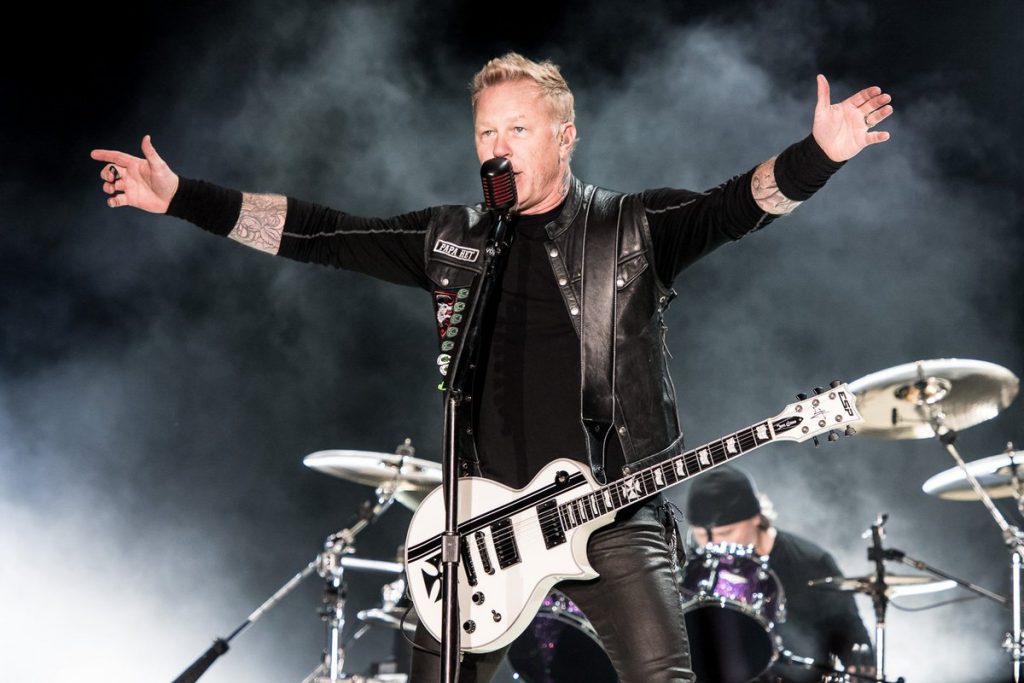 As many of you know, James Hetfield is widely accepted as one of the greatest frontmen and rhythm guitarists in music history as his career with Metallica gave birth to numerous iconic albums such as ‘Master of Puppets,’ ‘Ride the Lightning,’ and ‘Kill ‘Em All.’

However, up until a recent time, Metallica frontman has also been performing as a drummer time to time in Metallica, especially in the ’90s with performances such as covering Black Sabbath songs ‘War Pigs,’ ‘Iron Man,’ and performing a portion of the drummers part during the band’s live performances while the iconic drummer Lars himself is cheering up the audience.

In addition to his career with Metallica, James Hetfield was the drummer in a punk band named ‘Spastik Children’ and despite the fact that the band did not release and record any material, it had the opportunity to full-on perform and have gigs with a live audience over the time which was a thrilling experience for the fans who got the see Hetfield as a drummer.

While their loyal fans are used to seeing Lars Ulrich rocking the drums, and James Hetfield killing vocals and guitar playing, it’s always a good idea to have a battle on stage while both members in a band are successful with one instrument.

That’s exactly what Metallica did in 1992 during a live performance in Jackson, MS, USA when the legendary frontman and iconic drummer shared the same stage for a drum battle. While the performance started out with Hetfield playing the drums which was exciting on its own, Ulrich also joined him which was a special moment worth seeing in the band’s history.

While it was called a ‘battle,’ there were two winners at the end of the video as all fans were only happy to see two legendary members of Metallica rocking the same stage cheering up for each other with a little bit of a competition.