Linkin Park lead singer Chester Bennington and Soundgarden lead vocalist Chris Cornell had similar music careers since both of them were successful singers that put their heart and soul into their vocal performances. This was most likely the main reason their fans were in love with their music and had a deep connection with Bennington and Cornell.

Just like their music career, both rockers experienced similar problems in their personal life since they struggled with depression for most of their time. Much like their depression and mental health issues, Linkin Park singer and Soundgarden vocalist also struggled with drug abuse and addiction.

Experiencing alike issues in their personal life as well as being musicians in the same genre, Chester Bennington and Chris Cornel had a close friendship, so close that Bennington was the godfather of Cornell’s son. The two often performed and toured together numerous times and had a connection through music and pain. When Cornell passed away, that attachment deeply hurt ‘In The End’ singer and the consequence was much more than any fan can imagine. Let’s take a look if his friend’s passing affected Chester’s decision to end his life.

Chris Cornell Killed Himself At The Age Of 52 Soundgarden’s frontman publicly talked about his struggle with depression, isolation, and suicidal thoughts several times throughout his life. During multiple interviews, he expressed how experiencing anxiety and depression turned him into an introvert and most likely caused his passing as well.

Unfortunately, after performing at a Soundgarden concert an hour earlier at the Fox Theatre, Chris Cornell was found dead in his Detroit hotel room on May 18, 2017, by his bodyguard. The musician was found unconscious in the bathroom of his hotel room, lying on the floor with an exercise band around his neck and blood in his mouth.

Cornell was pronounced dead at the age of 52 and the cause of death was officially announced as a suicide by hanging after a hotel surveillance video showed nobody entering or exiting the rocker’s suite. Following his passing, countless musicians shared posts on their official social media accounts, bidding farewell to Cornell after years of making great music. 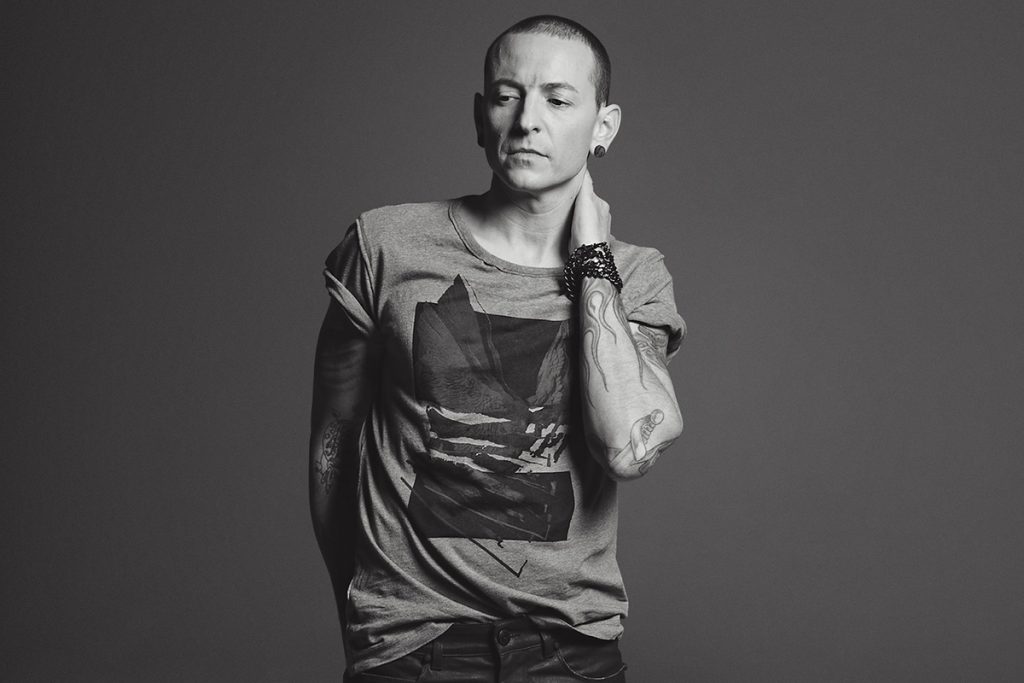 Being a close friend of Cornell’s, Chester Bennington showed his respect to his friend by singing Leonard Cohen’s ‘Hallelujah’ at his funeral. According to Bennington’s family and bandmates, the musician had taken Cornell’s death hard and was deeply affected by losing one of his closest friends that was also experiencing similar issues in his life.

Following the passing of his fellow musician, Linkin Park icon shared a post on his official IG page dedicated to the late Soundgarden singer. The emotional farewell letter was incredibly heartbreaking as Bennington expressed how much pain he was feeling. The singer also thanked his late friend for being a part of his life and said he cannot imagine a world without the rocker in it.

The emotional farewell letter in the IG post reads:

“I dreamt about the Beatles last night. I woke up with Rocky Raccoon playing in my head and a concerned look on my wife’s face. She told me my friend had just passed away. Thoughts of you flooded my mind and I wept.

I’m still weeping, with sadness, as well as gratitude for having shared some very special moments with you and your beautiful family. You have inspired me in many ways you could never have known. Your talent was pure and unrivaled. your voice was joy and pain, anger and forgiveness, love and heartache all wrapped up into one. I suppose that’s what we all are. You helped me understand that.

I just watched a video of you singing ‘A Day In The Life’ by the Beatles and thought of my dream. I’d like to think you were saying goodbye in your own way. I can’t imagine a world without you in it. I pray you to find peace in the next life. I send my love to your wife and children, friends, and family.

Thank you for allowing me to be part of your life.

With all my love.”

Bennington’s pain was at a point where it was affecting his music career since Linkin Park bandmate Mike Shinoda revealed that the singer had been unable to perform one of the band’s songs, ‘One More Light’ which is a song about losing a friend. However, things got way worse when Chester tragically decided to do the same thing as his late friend.

Two months after Cornell’s passing, on the day of what would have been his 53rd birthday, Chester Bennington also died by hanging himself on July 20, 2017, the same way his friend committed suicide. The Linkin Park singer had mental health issues and was known for struggling with depression which was the main reason why he decided to end his life.

Although his depression was seen as the primary reason for his passing, the horrible agony he had been feeling due to losing his close friend also contributed to Chester Bennington’s decision. Both musicians left thousands of people in a great deal of grief after their death. The world is now left without two brilliant rockers who were spiritually connected and their fans only hope that they found the peace they needed wherever they are now.

Bruce Dickinson Recalls His Live Show For An Audience Of One