27 can be considered as the cursed age for the musicians. Amy Winehouse, Kurt Kobain, Brian Jones, Jimi Hendrix, Janis Joplin, and Jim Morrison all died at the age of 27 and they started to be called 27 Club. Even though all of them have tragic stories, The Doors’ Morrison’s death was intertwined with a tragic love relationship with Pamela Courson.

The Doors Singer Jim Morrison And His Relationships Jim Morrison had many romantic, sexual and longtime relationships. According to his friends, he had two opposite personalities like Dr. Jekyll and Mr. Hyde. So, he also portrayed various personas in his relationships. His first know relationship was with Mary Werbelow as his teenage lover. Later, Werbelow said that the first three albums of The Doors were dedicated to her. Then he had a long, intense, and open relationship with Pamela Courson whom he met with in college until his death. Although he had an ongoing partner, Morrison had relationships with fans, Pamela Des Barres, Nico, Jefferson Airplane’s Grace Slick, and Janis Joplin. These intercourses didn’t end his partnership with Courson.

Courson was with him when Jim Morrison found dead in the bathtub of their apartment at the age of 27. The official cause of death was recorded as heart failure and there was no autopsy. According to some witnesses, the real cause of death was the heroin overdose. Under Morrison’s will, Courson became his heir and inherited his fortune. Because they weren’t formally married, there were many lawsuits against her.

How The Story Ended For Pamela Courson? 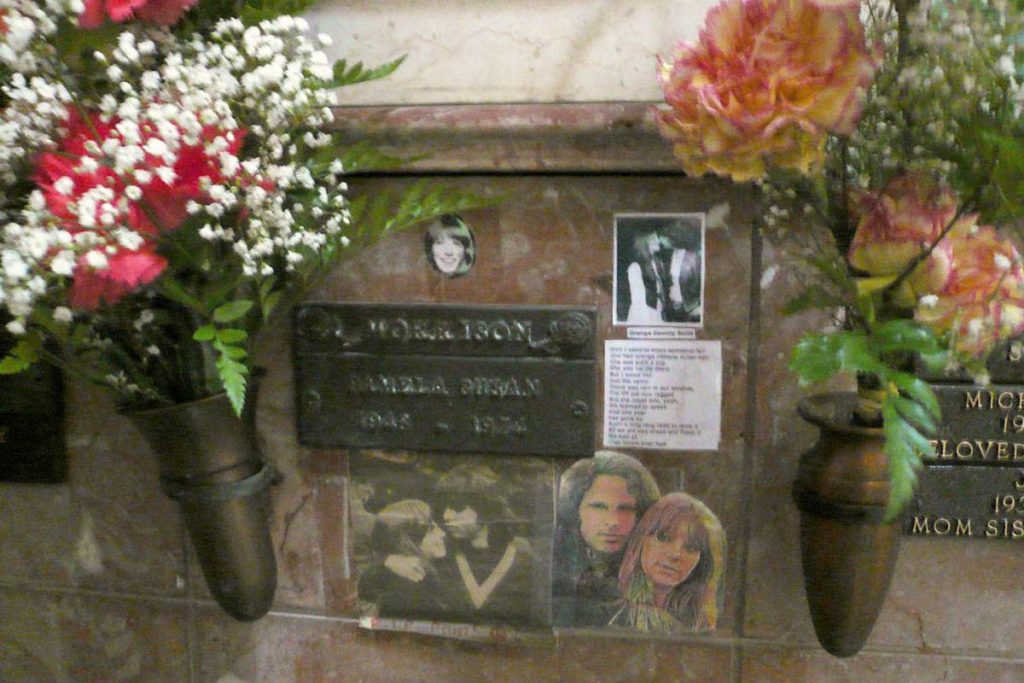 Morrison and Courson’s relationship was called common-law marriage which partners decided to be called married without the permission of the state. Three years after Morrison’s death, Courson also died of overdose heroin at the age of 27. Although California state didn’t recognize common-law marriage, Courson’s plaque was written as Pamela Susan Morrison in the mausoleum at Fairhaven Memorial Park after her tragic death. Therefore, the couple shared the same tragic end at the same age, unfortunately.