The relationship between The Rolling Stones legend Mick Jagger and iconic musician David Bowie was very complex and intimate. Not only they were known for their friendship but also there were rumors about their having an affair. According to Angie Bowie, it was a one-night thing when she saw them on the bed but there were other people who thought that Jagger and Bowie were lovers.

How Did Bowie’s Wife Catch Mick Jagger And David Bowie On The Bed? 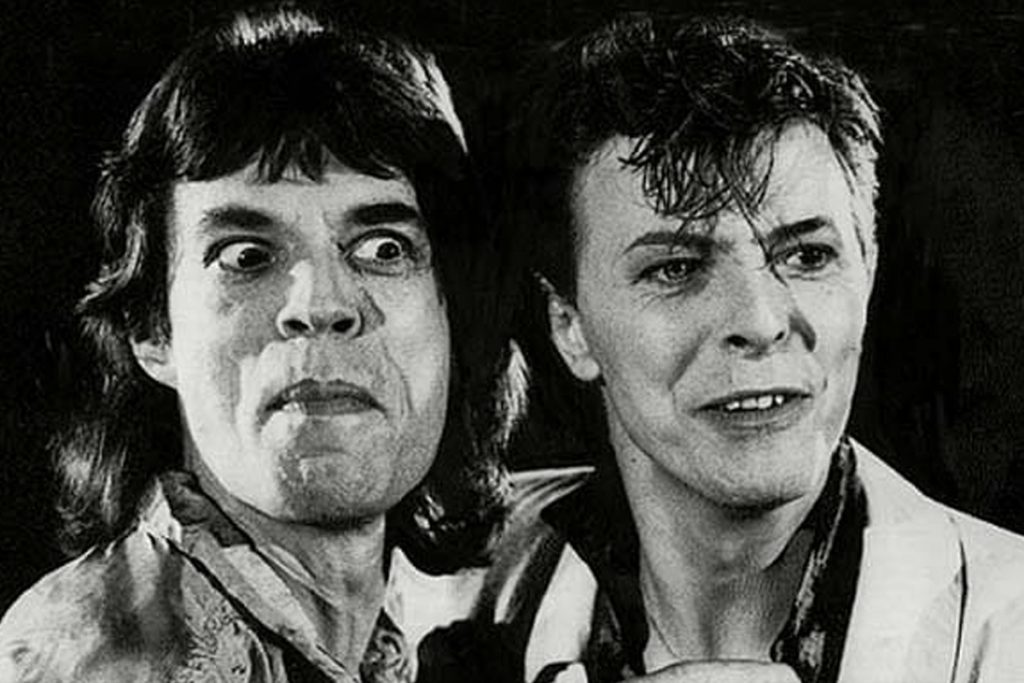 The story of Mick Jagger and David Bowie’s having sex on Bowie’s bed which he was supposed to share with his wife was told in Christopher Andersen’s ‘Mick: The Wild Life and Mad Genius of Jagger.’ In the book, Andersen stated that when Angie Bowie returned to her house after she had been out of town, her maid gave her very surprising news about her husband.

The maid said that there was someone in their bed and Angie went to see the person who was in their bed. The person was The Rolling Stones legend, Mick Jagger. It was obvious that they had sex and were very hungover after a night full of sex, alcohol, and probably different substances. Angie Bowie reflected her reaction in one of her interviews with NME.

Here’s what she told:

“I walked into the bedroom and David was there with all these pillows and duvets on top of him and on the other side of the bed was Mick’s leg sticking out. ‘Did you guys have a good night?’ They were so hungover they could hardly speak. I took pity on them.

I don’t think it was a big love affair with Mick. It was probably more drunken pawing.”

Here’s what Ava Cherry said about their relationship:

“Mick and David were really sexually obsessed with each other. Even though was in bed with them many times, I ended up just watching them have sex.”

As it can be understood from her statement, Angie Bowie didn’t consider Jagger and Bowie’s relationship as a love affair and just a one-night thing. However, the singer, Ava Cherry thought otherwise about them. She claimed that they were so obsessed with each other while having sex that they didn’t notice the presence of  Cherry on the bed. So, Mick Jagger and David Bowie had a complex friendship and sexual affair for a very long time.