If there’s one love affair that still makes the headlines of rock news frequently despite having ended decades ago, it’s Courtney Love and Kurt Cobain’s. While opinions vary, there are a lot of people who blame Courtney for Kurt’s death and some even argue that she got him killed.

However, there are also millions who side with Courtney and stress that he was responsible for his own well-being, and the fact that Courtney had to not only go through the suicide of her husband but deal with millions of negative comments and accusations was cruel and unfair.

It took Courtney years to get back on her feet and although she tried to hold on to her career and move on with her life, the meltdowns that she often had on stage showed how difficult it was for her. In today’s article, we’ll look into how Courtney dealt with Kurt’s death and show how her feelings of sadness were not gone even after 17 years.

How Was Courtney Love Affected By Kurt Cobain’s Suicide? 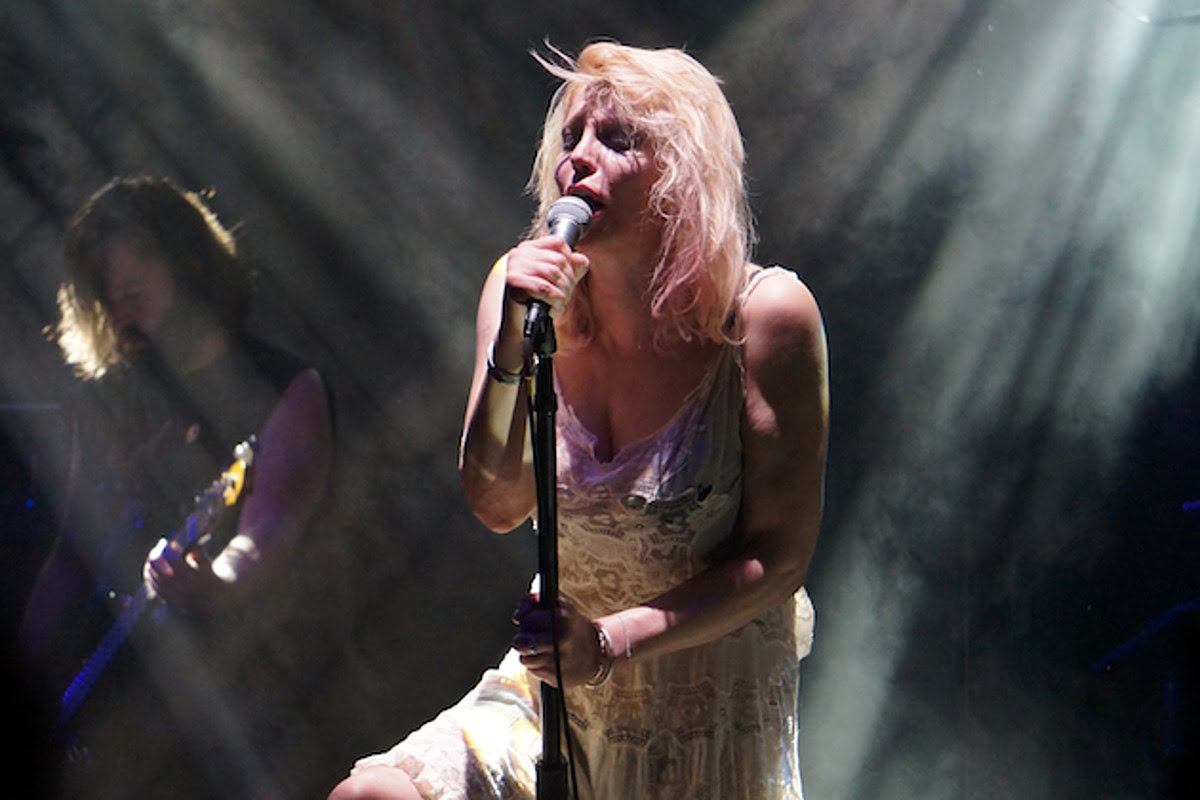 The way that she was affected by his death has been discussed by millions starting from the way that she read Kurt Cobain’s suicide note, during which she called him an ‘asshole’ multiple times. Some people found her frustration understandable as in his letter he’d stated that one of the reasons he wanted to die was because he didn’t feel happy living the life of a rockstar.

Courtney Love just said that he could’ve just stopped performing instead of leaving her and their daughter Frances. After the funeral in April 1994, Courtney tried to get back on her feet and started touring with Hole but she couldn’t suppress her emotions of sadness and anger.

Her actions while touring, such as her mental breakdowns, angry rants, or physical assaults towards people in the audience or fellow musicians under the influence of drugs led to a series of legal troubles and reflected that Courtney was really struggling to accept Kurt’s death.

Did Courtney Love Get Over Kurt Cobain’s Suicide? She gave numerous interviews following Kurt’s suicide in which it was clear how challenging it was to deal with people telling her that she killed Kurt or blame her for fueling his drug addiction. Nonetheless, when Kurt’s fans approached her in a positive way to honor his memory, she would talk to them and tell stories about their life together, and even consolidate them (click here to see an example).

However, she would react negatively whenever someone would bring up Kurt Cobain during a Hole concert, which brings us to Love’s rant during the SWU festival in Sao Paulo in 2011. You would have expected Love to be more at peace with Kurt’s death after 17 years but this incident proves the opposite.

While Hole was performing at a festival, a fan kept holding up a Kurt Cobain picture, and eventually, Courtney stopped singing and told the person that this is very hard for her and that if they don’t put the picture down, she’ll have them removed. She went on to add that she has to live with ‘his shit, his ghost, and his kid every day‘ which is hard enough. She added that holding that picture up makes no sense as it’s a Hole concert, and on a personal level it’s just ‘stupid and rude.’

Love said that she was the one who was married to him and that no one except her can know what that was like. Following that she started slamming Dave Grohl for throwing Kurt out of his own band and advised the fan to ‘go see the fucking Foo Fighters and do that shit‘ and then walked off the stage. It is clear that Courtney Love has made some progress considering processing Kurt’s death but evidently, she still carries the wounds.

Here’s what Courtney Love said after seeing a Kurt Cobain photo help up by a fan:

“Shit, this is fucking hard. You know, I don’t need to see a picture of Kurt and I am going to have you fucking removed if you keep throwing that up. I’m not Kurt, I’ve got to live with his shit, his ghost, and his kid every day.

Throwing that up is stupid and rude and I’m going to beat the fuck out of you if you do it again. You know what? You weren’t fucking married to him, I was. You didn’t get kicked out of a band by him like Dave, he did. Go see the fucking Foo Fighters and do that shit.”

You can watch Courtney Love’s rant below.