Metallica, one of the greatest bands in the whole world, had a few line-up changes throughout its successful career that spans over four decades just like every other band, however, one of the most infamous member departures has happened when the original lead guitarist Dave Mustaine was fired from the band.

As many of you might know, Dave Mustaine joined Metallica as the lead guitarist in 1981, after he disbanded his previous and first band, Panic. Mustaine toured with Metallica, co-wrote four songs that appeared on the debut studio album, ‘Kill ‘Em All,’ which was regarded as a groundbreaking work for thrash metal music.

However, up until the release of the album, the band had to say goodbye to two of its members, Ron McGovney and Dave Mustaine. McGovney was replaced by Cliff Burton and Mustaine was replaced by Kirk Hammett.

Why Dave Mustaine Was Fired From Metallica? Even though Mustaine contributed to the many hit songs of Metallica, his time with the band was problematic due to his severe consumption of alcohol and drugs, according to his bandmates. His work with Metallica included many incidents that led to verbal and physical fights between band members.

On April 11, 1983, while the band members were going to New York to work on their debut album, Mustaine was officially fired because of his aggressive behavior, substance abuse, and personal disputes with James and Lars. Dave was replaced by Hammett on the very same day he was let go. Besides his contribution to ‘Kill ‘Em All’ album, he also co-wrote two songs that eventually appeared on the 1984 album ‘Ride the Lightning.’

How Metallica And Dave Mustaine Reunited After 28 Years 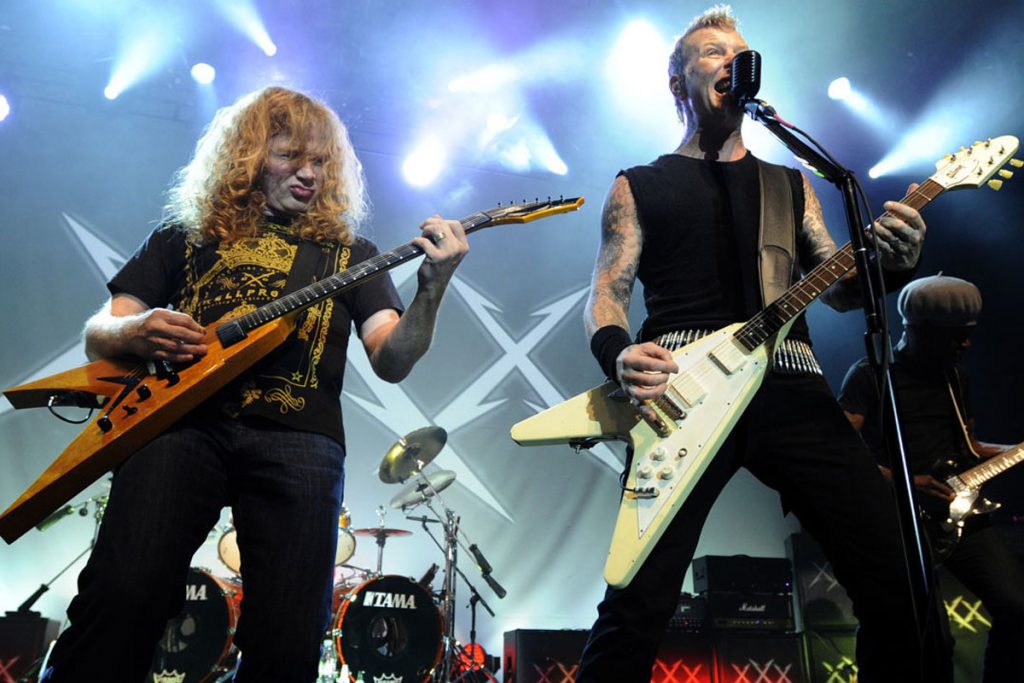 Dave Mustaine went on to become an icon himself with his band, Megadeth, however, their fans were thrilled to see Metallica members performing with the iconic guitarist during the band’s 30th birthday concerts, in San Francisco, California on December 10, 2011. Metallica and Dave Mustaine performed ‘Phantom Lord’ from the band’s debut studio album, after not sharing the same stage for 28 years.

It was not surprising that fans were and still are extremely excited to see the old band members performing together once again after nearly three decades, as they shared thousands of comments under the video of the monumental performance many of which was about how glad they were of the fact Dave was fired and formed a great band such as Megadeth, and happy to see all of them in good terms now.

Here is what a band said:

“As amazing as this is, it makes me that much more glad that Metallica fired Dave. Because we got both Metallica and Megadeth.”

Here is what another said:

“Everyone: ‘Metallica is better’ ‘Megadeth is much better’

You can watch the performance of Metallica and Dave Mustaine below.