The Story Of How Did Dave Mustaine Avenge Upon Kirk Hammett? ‘I Nailed His Girlfriend’

Megadeth icon and the original lead guitarist of Metallica Dave Mustaine once opened up about his genuine opinions on Metalllilca members during an interview ten years ago, and apparently, he slept with Metallica lead guitarist Kirk Hammett’s girlfriend before leaving the band just because he replaced him after being fired.

As many of you know, before the whole world recognized him as the co-founder, vocalist, guitarist, and primary songwriter of Megadeth, Dave Mustaine was the original lead guitarist of Metallica back in 1981 and despite the band began recording their debut studio album titled ‘Kill ‘Em All‘ with Mustaine, his tenure with Metallica didn’t last long enough to finish the recording.

The legendary guitarist was suddenly fired from the band mostly because of his alcohol addiction when other Metallica members dropped him at a bus terminal after packing up Mustaine’s gear on April 11, 1983, without warning him or giving him another chance which was the main issue with being fired for Dave Mustaine as he revealed during other interviews back then.

Kirk Hammett received a phone call from Metallica on April 1 and arrived in New York for an audition on April 11, the day the band fired Dave Mustaine. Thanks to playing ‘Seek and Destroy’ quite perfectly during his audition, Hammett managed to become Metallica’s lead guitarist immediately on the same that the original lead guitarist was let go.

How Did Dave Mustaine Take Revenge From Kirk Hammett? 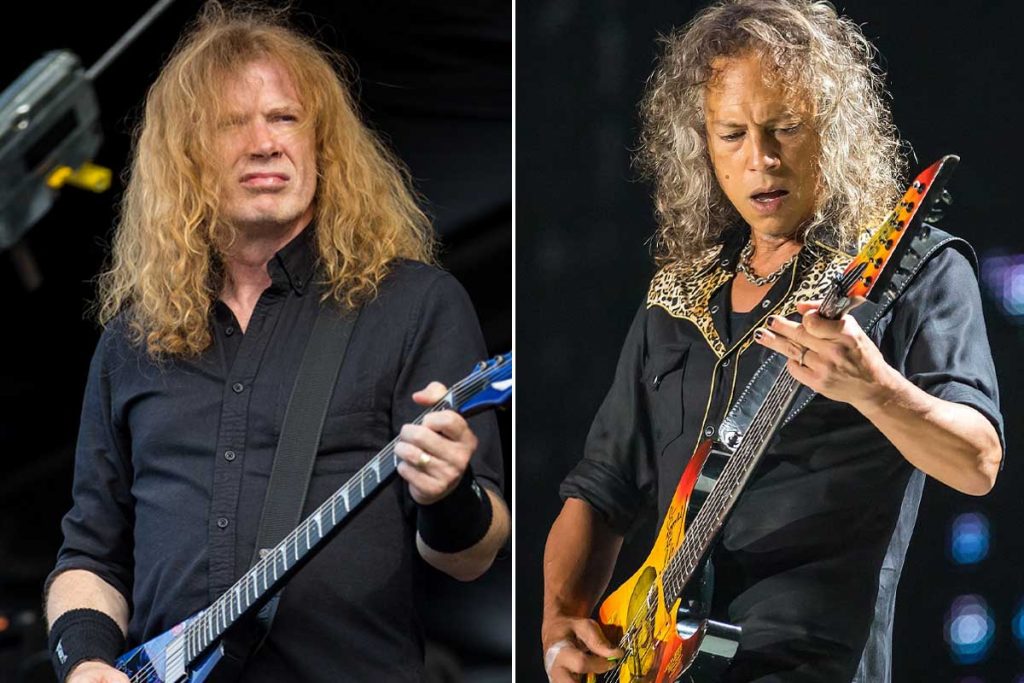 Despite the relationship between Metallica members and Dave Mustaine is in somewhat better condition now, Dave Mustaine once opened up about the band members during an old appearance on Dave Navarro’s Spread TV, and stated that he actually likes the lead vocalist James Hetfield, way more than liking drummer Lars Ulrich anyway, just like everybody else, according to Mustaine.

Megadeth founder also revealed an unexpected fact about the time he was fired from Metallica and stated that he doesn’t necessarily like lead guitarist Kirk Hammett since he was the person who auditioned despite Mustaine was still in the band. In order to have a payback, Mustaine slept with Hammett’s girlfriend before leaving Metallica which was a surprising revealing for all the fans.

Here is what Dave Mustaine said:

“James and I had planned on firing Lars so many times I like James more the Lars, I think everybody does and I have no problems with James. I don’t really like Kirk ’cause he got my job but you know, I nailed his girlfriend before I left.”