The Relationship Paul McCartney’s Wife Linda Had With Jimi Hendrix

Paul McCartney met the love of his life in 1967 who made the iconic singer forget about all his previous affairs. He couldn’t get her out of his head, and the attraction was mutual with the celebrity photographer Linda. She thought that it’s impossible to be in a serious relationship with a playboy and a celebrity like Paul McCartney, however, they got married in 1969, just before The Beatles officially disbanded.

Linda was a successful woman who gained her reputation as being one of the most successful celebrity photographers who had great taste in music. Her favorite bands were inducted to the Rock and Roll Hall of Fame, which showed how spot-on a critic she was towards the musicians. Being involved in both the music and the photography industry, she quickly became the star in everyone’s eyes and was connected to a lot of successful names, both professionally and personally.

Paul and Linda were both admirers of Jimi Hendrix. They were both inspired by his music, but Linda was rumored to be more awed by Hendrix himself personally. The feeling was mutual, and there was this special connection between the iconic guitarist and the photographer. There were even rumors that Paul and Linda had an open relationship, and she spent a lot of time with Hendrix, possibly engaging in sexual activities.

Was Jimi Hendrix and Linda McCartney Involved In A Romantic Relationship? 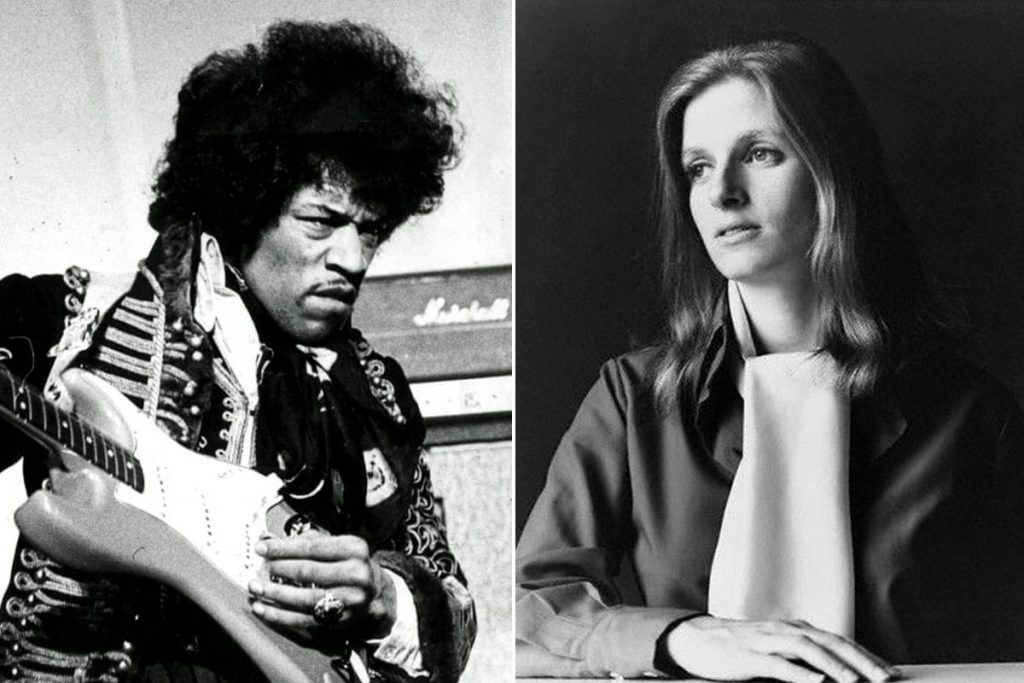 According to Paul’s ‘The Paul McCartney 1990 New World Tour’ book, Linda had a huge admiration towards Hendrix. She described the feelings she got when they were hanging out together and she was lost for words. They spend a lot of time together while Hendrix was jamming all night, and apparently, Linda was eager to be there as long as possible.

Linda’s words towards Hendrix are as follows:

“But seeing and hearing and hanging around Hendrix, oh, I can’t even put it into words. That man. The greatest moments weren’t when he was playing a concert. It was more sitting in a hotel room with him, and he’d start to play and just jam all night. Or at the Speakeasy when everyone had left, he’d get up and play till they switched the lights on and kicked us out. Oh, I tell you, maybe the best memory of Hendrix was when he was recording ‘Electric Ladyland’ those sessions when he was playing guitar, organ, drums, everything.”

Jimi Hendrix was also known as a ‘playboy’ among the rockstars, and he would probably capture any woman’s heart with his charms. However, Linda was also a different case for him as she was different from the women he usually hang out with. She was focused on her career, she was talented and successful. Eventually, when the two powerful figures hang out together, there would be a positively intense environment.

Did Paul McCartney Have A Problem With Linda’s Relationship With Jimi Hendrix?

With the charm of Hendrix and the uniqueness of Linda, the formation of a bond this strong was inevitable. Linda was married to Paul meanwhile, yet, it is unknown if Paul had a problem with this relationship or whether they had an open relationship. The Beatles’ producer Eddie Kramer previously talked about this intense relationship and mentioned that he doesn’t know if Linda was talking about Hendrix to Paul, but he described the situation as ‘fascinating.’

“Paul was a huge Hendrix fan. I have no way of knowing if Linda was directly talking to Paul about Jimi at that time, but it’s a fascinating connection.“

This relationship is known to have lasted until Hendrix tragically passed away in 1970. Paul and Linda’s love story continued until 1998 when the photographer passed away from cancer. Paul’s heart broke immensely that day as he was with her throughout her tragic journey and also her last moments.