The Reason Why Maynard James Keenan Bans Smartphones At His Concerts

Every single band of the legendary artist Maynard James Keenan such as A Perfect Circle, Tool, and Puscifer has something in common other than having Keenan’s brilliant creativity as a strong asset. That is the smartphone ban during live performances for the past few years in order to prevent the audience from being distracted and enjoy the show while not being disrespectful to the artist and the rest of the audience as well.

As many of you know, many fans cannot help themselves from using their smartphones during live performances of their favorite artist either it’s for taking a picture or something quite extra such as recording the whole concert for their social media accounts. Despite seeing all the cellphones up during a concert became pretty normal, there’s still a majority of people that claim it’s taking away the joy from the experience in addition to looking disrespectful to the musicians and bands who put on their best show on stage while their fans care more about recording.

While there aren’t many artists who can stop their audience from using their phones during a show, Maynard James Keenan isn’t one of them as he revealed during an interview with Uproxx back on April 17, 2018, when he opened up about the White Stripes lead guitarist Jack White’s statement about cellphones. While supporting White, Keenan stated that when the audience is focusing on their phones during a concert, they are actually missing out on the experience of the performance.

Furthermore, A Perfect Circle, Tool, and Puscifer frontman stated that an audience interested in recording the show or taking a picture more than the actual art of the musician is extremely disrespectful as well as being annoying. Therefore, Maynard James Keenan strictly banned the audience from using their phones during the live performances which have still been heavily criticised by his fans.

Here is what Keenan said:

“You try your best to make a policy of courtesy with people around you especially nowadays. Especially with someone like Dave Chappelle, this is your art. You’re gonna sell this thing. This is what you are gonna make your living on, and for you to bootleg it and put it online undermines his ability to make a living on his art. It’s proprietary, intellectual property. So there’s that element in the past, with the bootlegs and whatnot. But now, with the way phones are, they’re just annoying.

And the more you’re tapped into that thing in front of you, the less you’re actually tapped into the experience around you. I’m a strong believer, supporter, advocate of the oral tradition and there’s got to be better ways. We try to figure out some way, but I think at some point people are just entitled and they just want what they want. They don’t give a fuck about the people around them. And so, yeah, we have to go the way of Jack White and start putting shit in pouches.”

While Maynard James Keenan is quite strict about his decision to prevent his fans from using their phones during his bands’ concerts, there was a time when his band, A Perfect Circle, was performing in West Valley, Utah, and Keenan allowed the audience to record the last song of the whole show, ‘Delicious,’ however, there was also a time when his no-phone policy caused his fans to be kicked out from a concert. 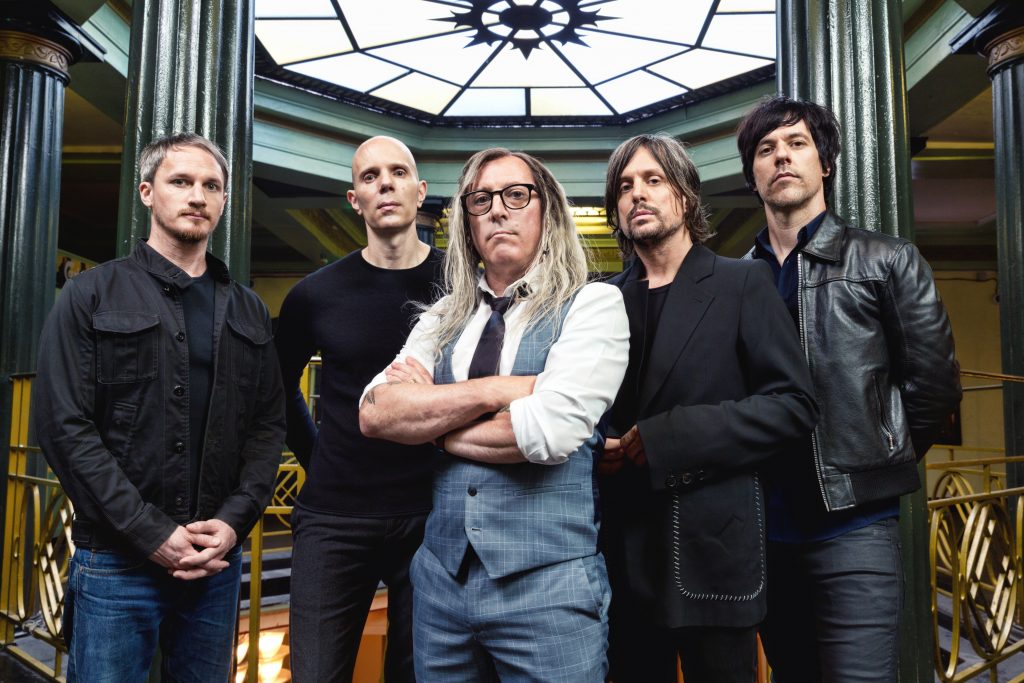 Some people still aren’t sure if taking away the right to using their phone from their fans is reasonable, and some people think it’s a gift from the band members since being only focused on the experience of watching your favorite musician on stage is much better than taking a few pictures. However, there was one notorious incident that happened during a show that brought this controversy to a whole other dimension.

During A Perfect Circle show in Reading, Pennsylvania, on November 4, 2017, more than 60 people were kicked out of the show after being caught filming and taking pictures with their phones. While the decision sound quite extreme, and many fans were furious after the band’s instant action, Maynard James Keenan doesn’t seem to have any regrets as he later reacted to a fan in the comments section of a post on his Instagram page and stated that rules are rules, no recording will be happening during the shows for his fans to enjoy the performance.

Here is what Keenan said:

While it’s debatable if Maynard James Keenan is doing the right thing as he’s banning all his fans to use their phone for their own joy and receiving major backlash, however, it’s still his own show to put on with his other band members all of which agree with the frontman on this matter, therefore, we won’t be seeing many recorded Puscifer, Tool, and A Perfect Circle shows or pictures online for a little longer.

You can see the source for the interview here.