Eddie Van Halen is without a doubt one of the most iconic guitarists in the history of rock music. He co-founded Van Halen in 1972 with his brother Alex and came to be known as the band’s main songwriter and guitarist. He achieved worldwide fame and collaborated with numerous musicians including pop stars such as Michael Jackson.

Unfortunately, the rock world mourned his passing on October 6, 2020, after battling cancer for over four years. His passing left his loved ones and fans heartbroken who found the remedy in revisiting his music and old interviews. In an interview back in 2015, Eddie had confessed that he never listens to contemporary music and that not many people have actually inspired him during his career.

The list of the people who’ve influenced Eddie is pretty short and a little expectable. Apparently, as a high school student, he was really interested in Eric Clapton‘s music whose songs he memorized when he was a member of Cream. He sometimes listened to Black Sabbath and Deep Purple but that was pretty much it.

In an interview with Guitar World in 1990, Eddie had refuted his earlier statements about Clapton being his biggest influence. He’d said that even though he learned Eric Clapton’s songs ‘note for note,’ he actually considered Jimmy Page closer to himself ‘in a reckless-abandon kind of way.’

Talking about Jimmy Page to Guitar World in 1990, Eddie had said the following:

“He’s a genius. He’s a great player, a songwriter, a producer. Put it this way, he might not be the greatest executor of whatever, but then you hear a Page solo, he speaks. I’ve always said Clapton was my main influence, but Page was actually more the way I am, in a reckless-abandon kind of way.”

Who Did Eddie Van Halen Listen To? 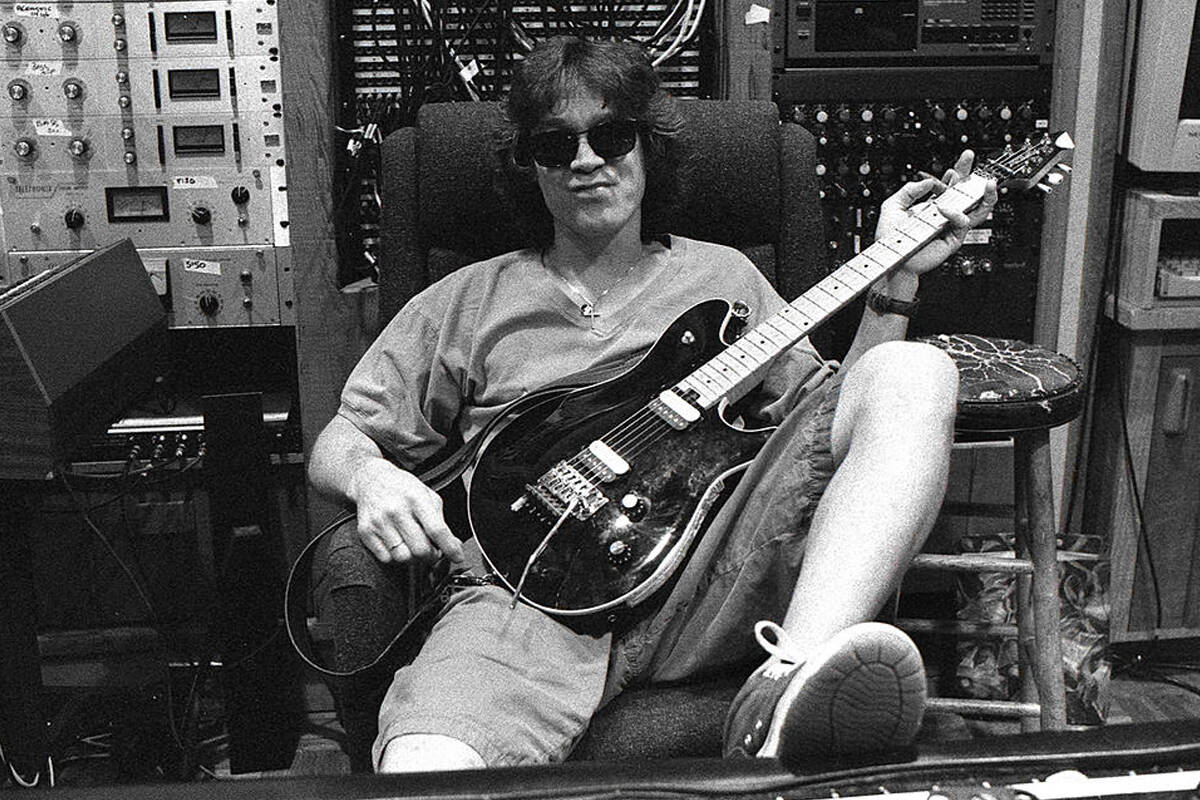 Now that you know how short the list of the people who’ve inspired Eddie is, you might imagine how long the list of contemporary musicians and bands that he enjoyed was. Well, it doesn’t exist. During an interview back in 2015, Eddie had confessed that he never listens to the radio and that the last album he purchased was Peter Gabriel’s ‘So’ which was released in 1986.

He then went on to say that he’s not familiar with the work of Metallica, Radiohead, or Guns N’ Roses and that the only Ozzy Osbourne song he knows is ‘Crazy Train’ and that’s because Randy Rhoads played in it. Aside from that, he said that he sometimes likes listening to Yo-Yo Ma because he likes the sound of the cello.

During his interview with Billboard, Eddie surprised his fans by saying:

“I don’t listen to anything. It’s an odd thing, but I’ve been this way my whole life.

I couldn’t make a contemporary record if I wanted to, because I don’t know what contemporary music sounds like.”

One of the most successful musicians in the history of rock who’s credited as the person who popularized the tapping guitar solo technique was apparently not a huge rock fan himself. Although this has surprised numerous fans, others said that this might be the reason why Van Halen always stood out.