The Reason Vince Gill Refused To Work With Mark Knopfler

Dire Straits’ music became well-known in England towards the end of the 70s, and they were making more than a decent success in the British rock scene. Mark Knopfler climbed the ladders of success with his band and then launched a successful solo career. Even though the band’s success may be underrated, they are still considered an iconic band and were inducted into the Rock and Roll Hall of Fame in 2018, about 40 years after their debut.

They had offered Vince Gill to join their band in the 80s, but Vince Gill pursued a solo career, establishing his name as one of the most talented vocalists on his own. Gill made over 20 studio albums, and 40 of his singles charted on Billboard. After a lifetime of solo success, Gill joined the Eagles in 2017  after the death of Glenn Frey. But it seems like Gill owes his success to declining Dire Straits’ offer to join the band. 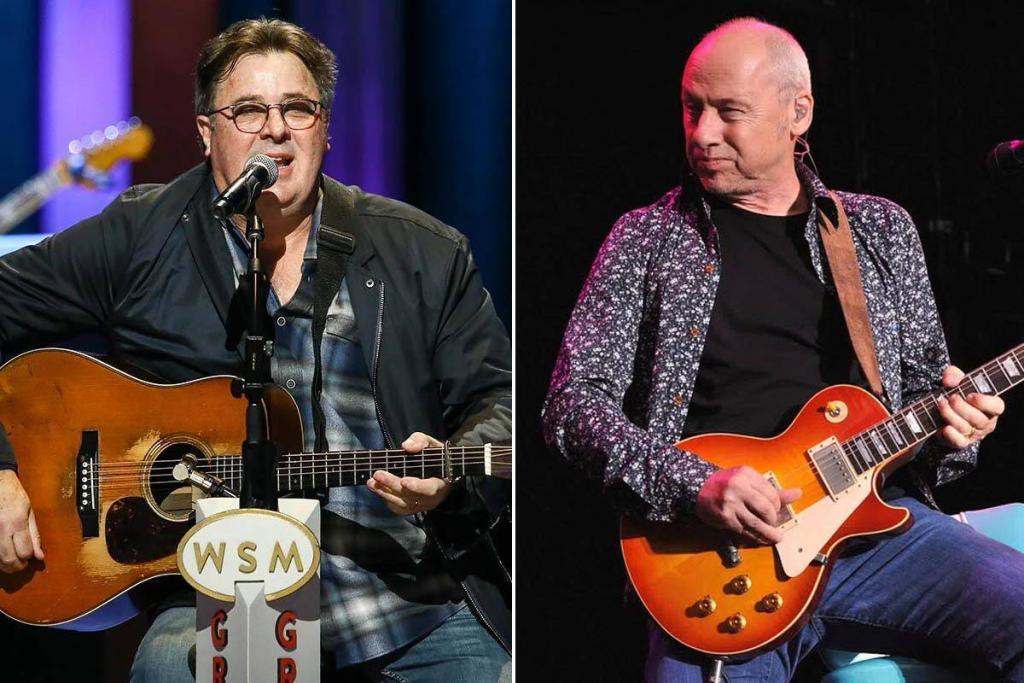 In the 80s, Dire Straits’ Mike Knopfler offered the then-session musician Vince Gill to join the band. However, Gill declined the offer, which was considered to be a ‘disastrous’ decision back then because he was surviving on paychecks at the gigs he got as a session musician. The singer had just signed a solo deal with a record label and was beginning to climb his ladders of success.

Joining Dire Straits would have been a great decision for him to join the band’s already established fame and fortune. But the singer decided to go on his own way. He explained this in an interview with iHeart Radio in 2018. Gill stated that joining Dire Straits would have been amazing for his finances, but he decided to stay true to himself and trust his solo talents.

“It was funny because I wasn’t making any money to speak of. Session work was keeping me alive, jingles and things like that. [Joining Dire Straits] would have solved anything. It would’ve been a great payday. But I told Mark, I said, ‘Man, I can’t bail. If I do this, it’s gonna talk a couple of years out of my life. I got a new record deal; if I bail on it, it’d kind of be admitting failure.‘ I said, ‘I can’t do that; I gotta keep trying.’ So I turned down the sure thing. Probably the dumbest move you could make.”

It turned out that his ‘disastrous’ move back then was actually one of the best decisions ever. Becoming a well-known, respected artist while starting as a session musician is a story worth telling. As for Dire Straits, the band enjoyed their success between the years 1977 – 1988 and again in 1990 – 1995.