Undoubtedly, Led Zeppelin is one of the greatest rock bands in the history of rock which has left a mark with its unique style influenced by various genres and their classic hits that still have an audience today. Formed back in 1968, the band consisted of Robert Plant, Jimmy Page, John Paul Jones, and John Bonham. Although they were pursuing a pretty successful career, they decided to leave the music scene in 1980 after Bonham’s passing.

Since Led Zeppelin’s disbandment, the surviving band members pursued their own careers and collaborated on and off for several performances. The most successful one of these collaborations was the 2007 Ahmet Ertegun Tribute Concert in London, during which Bonham’s son Jason Bonham replaced his father on the drums. This performance was so well-received that it broke the world record as around 20 million fans submitted to purchase the tickets, although there were 20,000 available.

Besides, after the Ahmet Ertegun Tribute Concert, many Led Zeppelin fans wanted the band to reunite, and many rumors circulated about a possible reunion. Yet, to their fans’ disappointment, John Paul Jones and Jimmy Page revealed that they wouldn’t reunite due to Robert Plant’s refusal. However, according to Plant, he had become the scapegoat. Let’s find out what the musician said about this long-debated issue. 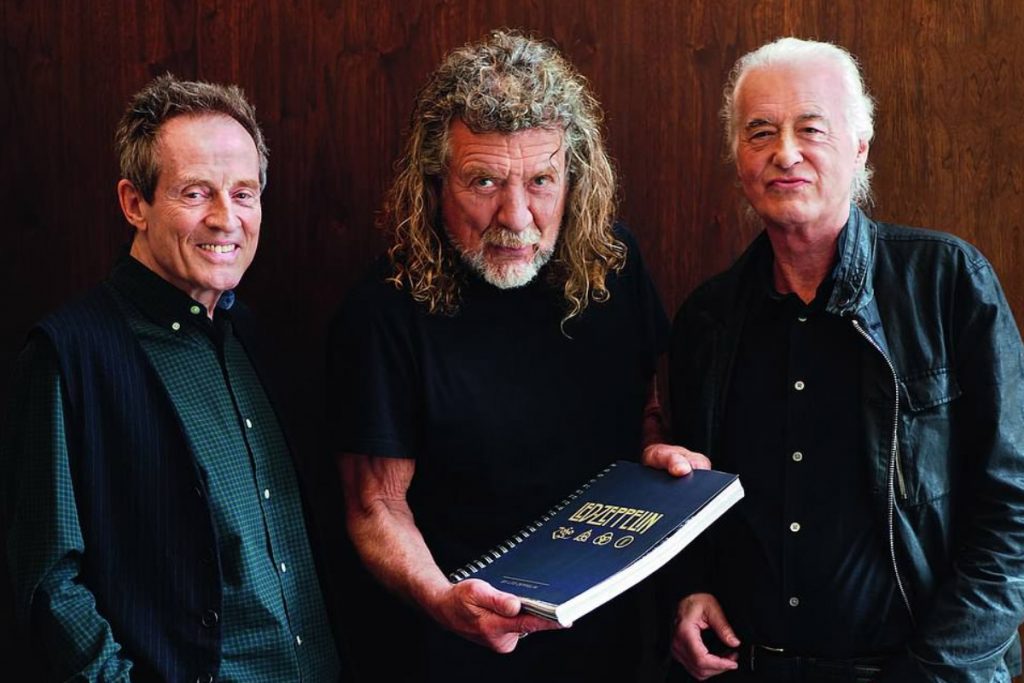 Ever since Led Zeppelin’s disbandment in 1980, almost all Zeppelin fans have hoped for a reunion. This expectation increased, especially with the 2007 Ahmet Ertegun Tribute Concert, since the performance was something the fans had been waiting to see for a long time. However, Jimmy Page and John Paul Jones claimed that although they were pretty eager to reunite, they wouldn’t because of Robert Plant. According to Plant, this wasn’t the case.

According to Far Out Magazine, Robert Plant stated in 2014 that he told the band members he was busy at that moment, so they would have to wait. He then said he would eventually come around for a reunion, and he thought the others were fine with this. However, according to Plant, it turned out that they weren’t, and it was pretty disheartening for him to see that Jimmy Page used this against him by making him the scapegoat.

As reported by Far Out Magazine, Robert Plant stated in 2014 the following:

“I told them I was busy, and they’d simply have to wait. I would come around eventually, which they were fine with – at least to my knowledge. But it turns out they weren’t. And what’s even more disheartening, Jimmy used it against me.”

In another interview with 60 Minutes Australia, Robert Plant claimed the same thing. He said that Page and Jones are Capricorns, and they don’t say a word about this issue. So, according to Plant, they eventually gave the role of the bad guy to Robert Plant.

The musician then stated that he wasn’t the bad guy, but the reporter Tara Brown said many Led Zeppelin fans see him as the one who refused to reunite. As a response, Plant claimed that they needed to talk to Jones and Page about this as he wasn’t busy in 2014, but they never approached him.

During the interview with 60 Minutes Australia, Robert Plant said the following:

“You know, the two other guys are both Capricorns, and they keep schtum. They don’t say a word. But they are quite contained in their own worlds, and they just leave it to me to do this.“

“Well, you are for all those Led Zeppelin fans, who’d love to hear ‘Yes, we’re reforming.'”

Below, you can check out Robert Plant’s interview with 60 Minutes Australia, where he claimed that he wasn’t actually the bad guy.