Rock music is no stranger to hearing unbelievable firing stories as rock stars have a reputation for not parting ways in peace. Instead, they often prefer quite scandalous ways to fire their bandmates, such as the time Metallica gave Dave Mustaine a lift to the bus station rather than telling him he was fired.

There are several shocking firing stories, but the list wouldn’t be complete without mentioning the Black Sabbath icon Ozzy Osbourne. The Prince of Darkness once let his bassist know that he was fired by plotting an entire scenario to humiliate him after headbutting him while on tour, and we’re here to break down the details.

Ozzy Osbourne Beat His Bassist Up 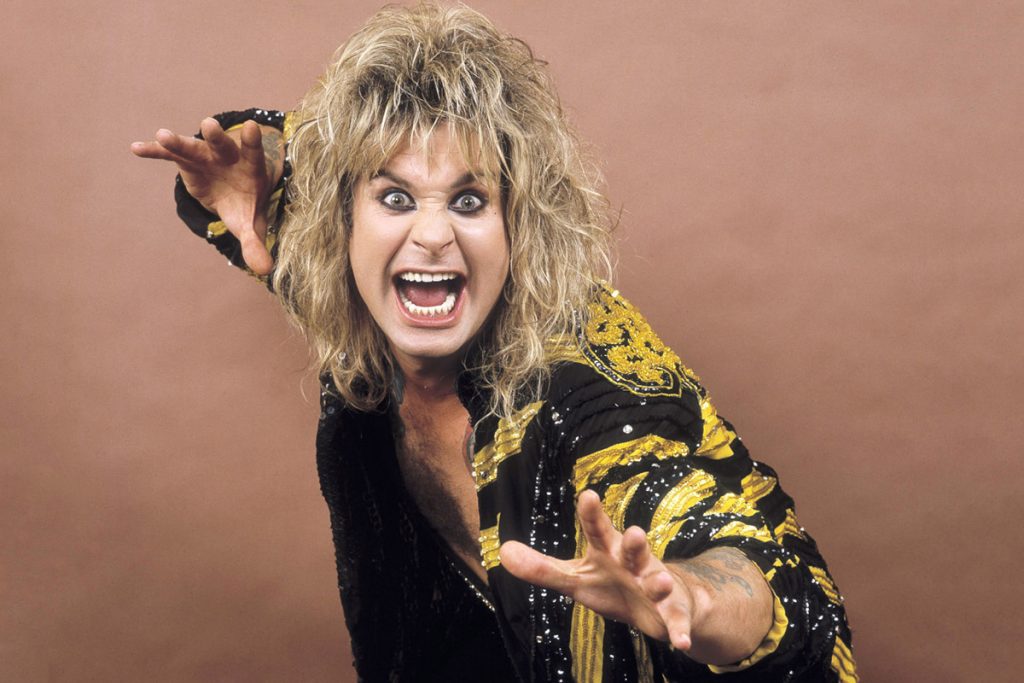 In 2018, guitarist Jake E. Lee who worked in Ozzy Osbourne’s band for four years, opened up about the worst firing he witnessed during an interview with Ultimate Guitar. The guitarist didn’t hesitate to tell the story as bassist Don Costa’s firing may be the worst of all time.

One day, Ozzy Osbourne summoned his bassist to his bus. A couple of minutes later, Lee saw Costa holding his face, which was covered in blood. When the guitarist asked Ozzy what happened,  he simply made a joke, saying his bassist tried to kiss him. In reality, Osbourne headbutted Don Costa in the face after calling him to the back of his bus.

During the interview, Lee said:

“I think the worst one was when he fired Don Costa, who was the bass player when I joined the band. And he was only in it for maybe three months or something. We did the European tour opening for Whitesnake, and then we did some American gigs, make-up gigs that were canceled because of Randy’s passing.

And then one day, Don got called to the back of the bus by Ozzy. And maybe three minutes later, Don came running out to the back, holding his face. There was blood all over his face. He ran off the bus. I was like, ‘Holy shit!’

I walked back, I saw Ozzy, and he just looked at me. And I said, ‘What happened?’ He said, ‘He tried to kiss me.’ I said, ‘Wait a minute. You’re telling me the bass player just went to the back of the bus and tried to kiss you?’ And he said, ‘Yeah, that’s my story.’

So I went out, and I asked Don what happened, and he said, ‘I don’t know. I just went back there, Ozzy said he had something to say and he said, ‘Come closer, come closer.’ And as soon as I got close enough, he headbutted me in the nose.’ I was like, ‘Oh shit. I think you just got fired.‘”

Costa and the rest of the band assumed that fight marked the ending of his career with the band. However, Ozzy Osbourne had another scenario in his mind that was more brutal than his headbutt.

To Jake E. Lee’s surprise, Don Costa wasn’t fired. At least, he thought he wasn’t fired as he was asked to appear with the band at a US festival after spending $5.000 on plastic surgery to fix his nose. Before Don Costa arrived at the festival, Jake E. Lee understood something was wrong when he saw Osbourne’s former bassist Bob Daisley on stage.

Apparently, Bob Daisley was recruited as the new bassist, and Costa, who had brought his entire family to the show, was only there to be humiliated and fired by Sharon Osbourne. According to Lee, it was horrible to see one of his former bandmates in such an embarrassing and awful situation.

About the firing, Lee stated:

“And the ensuing weeks after that, the very next gig was going to be a US Festival. I think that was maybe three weeks away. Basically, Ozzy assaulted him. I talked to Don, and he said they worked it all out, he signed an agreement that he would never press charges or anything. And then they spent I think five grand to have his nose fixed through plastic surgery.

And I saw him, he’s all happy, he’s all smiling, he’s got his family with him… And I saw him walk up to the bus, I saw Sharon come up and tell him that he wasn’t in the band anymore. And it was horrible. I mean, if you’re going to fire somebody, why do it like that? I think that was the worst firing I saw. And I don’t know how it could get much worse. So when I got fired, I think I actually got a pretty good deal.”

It shouldn’t be surprising that Jake E. Lee is happy with how he was fired from Osbourne’s band after witnessing somebody beaten up and then kicked out in front of his family, as this might be the worst firing story in the history of rock and metal history.