The Reason Nirvana Members Kissed Each Other During A TV Show

Nirvana is one of the greatest bands in rock history despite their short-lived music career that lasted only for seven years. It is one of the best-selling bands of all time, and they are still celebrated for their impeccable music and the impact they had on future generations is undeniable.

In addition to being an exceptional band musically, there’s no doubt that Nirvana has always been a band ahead of its time when it comes to its thoughtfulness on social matters. Targeting the still-existing social issues such as homophobia, sexism, and racism with their music, the band always shed light on those matters with their lyrics.

There was one time when all the band members, lead singer Kurt Cobain, bassist Krist Novoselic, and drummer Dave Grohl, actually made out on TV during Saturday Night Live. Let’s see why three Nirvana icons suddenly decided to make out on live TV. 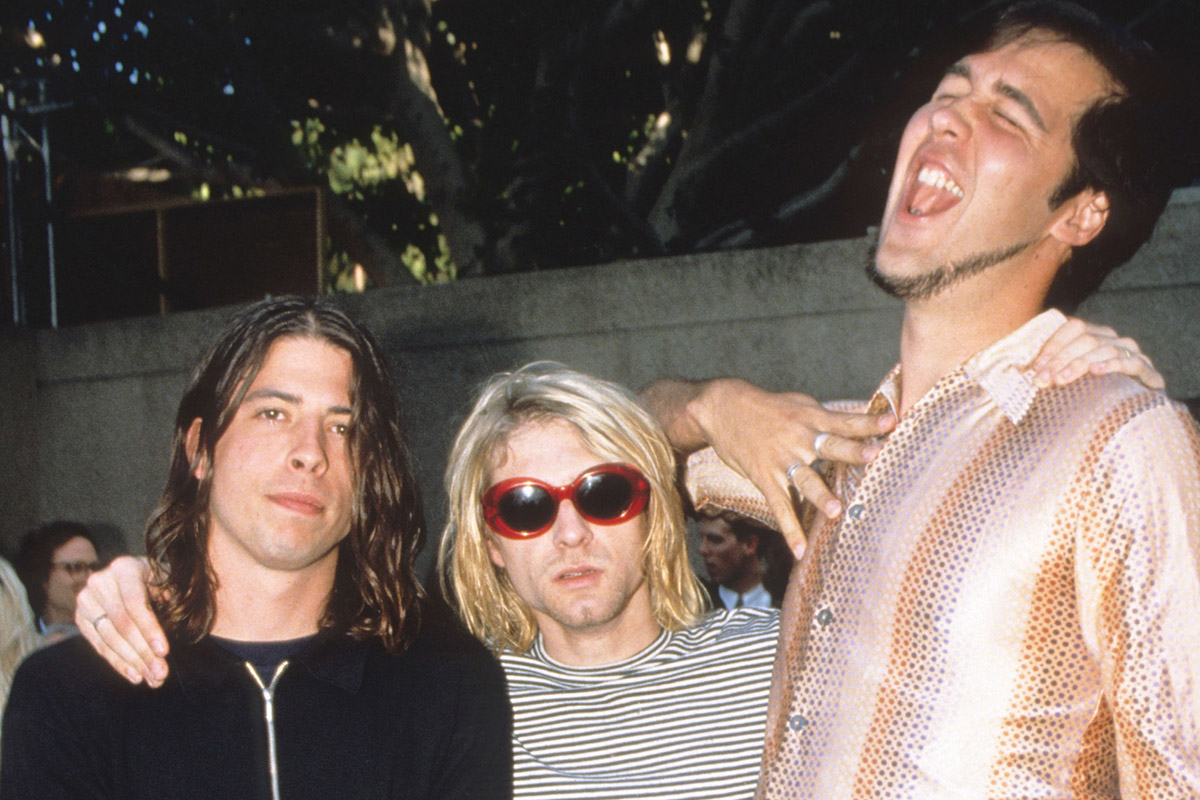 In 1992, Nirvana appeared as guests on Saturday Night Live and performed their hits such as ‘Smells Like Teen Spirit,’ and ‘Heart-Shaped Box.’ After their performances, the cast of SNL and band members gathered to close the show, and that’s when they made their message in support of equality pretty clear.

The band is widely known for supporting equality in every way, and they had previously spoken against any type of discrimination. Furthermore, late lead singer Kurt Cobain wrote a liner note for their 1992 compilation album, ‘Incesticide,’ and kindly banned their fans from buying their records or coming to their shows if they are homophobic, sexist, or racist.

“At this point, I have a request for our fans. If any of you in any way hate homosexuals, people of different color, or women, please do this one favor for us – leave us the f*ck alone! Don’t come to our shows and don’t buy our records.”

In that same year, 1992, the band appeared on Saturday Night Live and performed their hit songs. Since the show aired live, it was a perfect opportunity to stress how serious they are with their message for equality. At the end of the show, Krist Novoselic started kissing Dave Grohl and then kissed Kurt Cobain.

The band members wanted bug homophobic people by showing three guys kissing each other on live TV and that it’s okay to show affection to one another regardless of sexual orientation. Well, they made their point clear and used the perfect opportunity to bother people who didn’t believe love is for all nearly three decades ago.

You can watch the moments when Krist, Kurt, and Dave made out below.