The Reason Maynard James Keenan Had To Apologize To Tool Fans

There must be countless staple rules in the rock and roll world such as savage partying, endless drug and alcohol abuse, notorious relationships, and extremely funny stories. However, when rockers get bored of all of these assets or have an excuse such as April Fools Day, they often reveal their genius prankster side. While their fans mostly enjoy seeing their favorite artists pulling humorous pranks, it’s always possible for a prank to go wrong.

Maynard James Keenan’s Tool knows this best as the band members once thought it would be a great idea to prank their fans by telling them that they had a tour bus accident that resulted in three members’ critical injuries. While announcing their not-so-well-thought prank, the band also ‘announced’ the cancellation of their tour. As expected, Tool’s prank ended with an apology message and a bunch of annoyed fans. Let’s dive into the details of Keenan’s band’s prank.

While Tool was touring in Australia, the band shared an announcement on its semi-official website revealing that there has been a tour bus accident and that three members have been seriously injured. Despite not announcing the names of three heavily injured members, Tool stated that the rest of the tour was canceled due to the unfortunate event.

“Urgent- Early this morning, while on tour in Australia, Tool’s tour bus was involved in a serious highway accident. Early reports from zoo entertainment are that at least three of the band are listed in critical condition. While the label will not comment on which members of the band were injured, the remainder of the spring tour has been canceled, as have plans for a US tour this summer. Check the news for more info!!!”

Realizing the announcement sounded far from being a prank, Tool released another statement on the same website and gave the same information as the previous announcement. However, this time they added an e-mail address towards the end of their statement which revealed that all of this was nothing but an April Fools prank.

“Urgent: Information is still sketchy at best regarding the auto accident in Australia; the label won’t release any information about any of the band members’ conditions, except to say that at least three of them are currently listed in critical condition, and that tour dates for the next few months have been indefinitely postponed. Needless to say, this might end up being overwhelmingly disastrous. OK, Just in from BMG – they realized that a lot of you (hell, and me too) were going to be concerned about this, and would likely check this page for news, so they’ve set up an email address/listserv thing (I don’t know what it is yet) which they plan to use to keep us updated. Do Not Mail ME about it, I do NOT know anything that you don’t. I will post more about this as soon as possible. To get in touch with the BMG list thing, simply send mail to aprilfools@accident-austraila.com.”

Although they added an e-mail address that literary said April Fools in it, it’s fair to say their prank didn’t turn out the way they hoped it would. With many speculations and lack of enthusiasm towards reading more information regarding the bus accident, many fans were quick to jump to conclusions and thought Maynard James Keenan’s band actually had three members in critical condition.

Tool Had To Apologize To The Fans 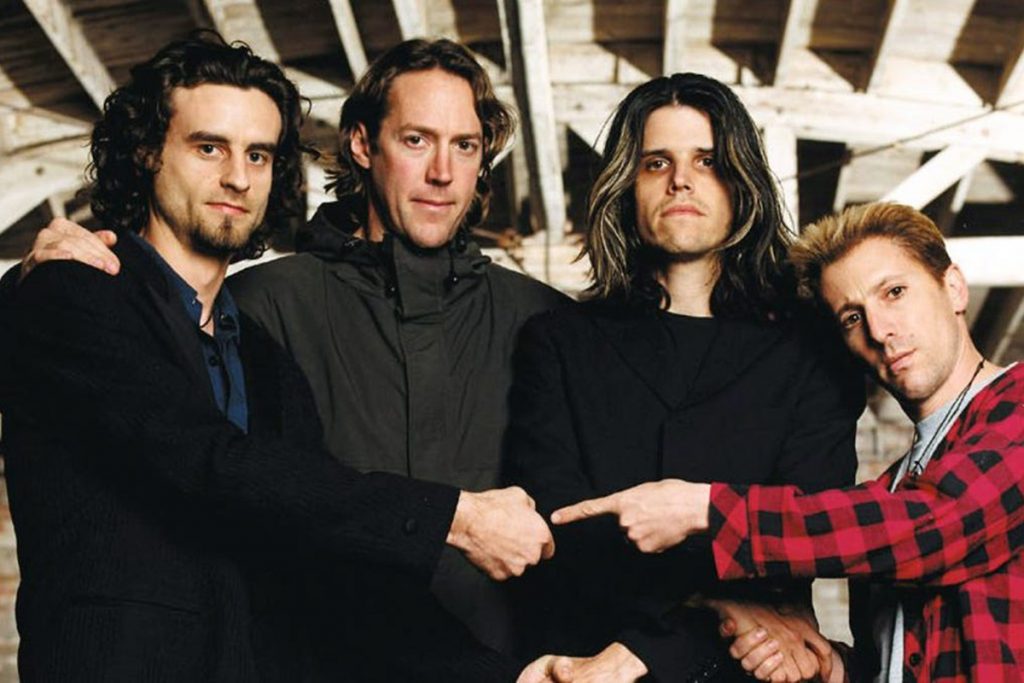 Tool managed to cause quite the stir with this prank in 1997 as some fans didn’t pay attention to the rest of the released statement on the website which had a clear indication that the story was an April Fools prank. After Maynard James Keenan’s band realized they had actually convinced their fans that members of Tool had been in a serious accident, they had to release an apology message on the website.

A day later, Maynard James Keenan himself released the apology and stated that the prank had a poor taste, considering it was thought past midnight when the musician wasn’t properly thinking it through. In addition to this, the musician stated that his intention was never to offend or stress out anyone and that their fans have the right to expect rumor-free news from their official website.

“To all those who took this too seriously, I apologize. Some have suggested that this post was in poor taste, and given that it was written past midnight, I won’t necessarily argue it wasn’t. To those who spent any time or money on web-searching or phone-calling to verify this information, again, sorry you didn’t see it for what it was. The subject is not one that calls for levity, and I stress that no offense was meant to anyone.

I apologize for having potentially taken advantage of the trust many of you have come to place on this site by posting this. Fear not, this site will not indulge itself in such outlandish pranks in the future. You can continue to expect rumor-free news and facts from The Tool Page as you have been able to since early 1995.”

This may go down the history of rock and roll as the most little thought prank ever as many fans found it was quite unnecessary as well as tasteless. Despite the fact that there’s nothing wrong with Tool wishing to prank their fans for April Fools, their approach to pulling a prank doesn’t seem to be the best. They have quit pranking since then and it may be the best decision considering the reaction.