Jon Bon Jovi is a singer-songwriter, guitarist, and actor who is mostly known as the frontman and founder of the band Bon Jovi. He formed the band in 1983 and released 15 studio albums with his band. With the music he made with Bon Jovi, the singer successfully built bridges between heavy metal and pop music.

As a frontman who is quite talented and good-looking, Jovi enjoyed great success throughout his career. However, nothing comes without a price. According to the singer, he had a complete burnout at one point during his career, and this caused him to contemplate suicide. Let’s learn the reason which caused him to want to end his life.

Jon Bon Jovi Was Under The Pressure Of Being Famous

Back when Jon Bon Jovi formed his band Bon Jovi, he was only 21 years old. Although he was quite young for the music business, Jovi climbed the ladders of fame in a short time with his band. In 1984 and 1985, Bon Jovi released their first two albums and released their third record ‘Slippery When Wet’ in 1986. This album brought the band global recognition and international success. The two best-known Bon Jovi singles ‘You Give Love A Bad Name’ and ‘Livin’ On A Prayer’ also belonged to this album.

Following that, Bon Jovi enjoyed phenomenal commercial success, went on tours, and continued to make musical efforts relentlessly. Throughout their career, the band released 16 studio albums, three live albums, and five compilation albums. Besides, their albums have sold over 130 million records worldwide, which is a significant achievement for the band. Considering that Jon Bon Jovi experienced being this famous at such a young age, this indeed had its effects on the musician.

Jovi Contemplated Suicide By Throwing Himself Out Of His Car 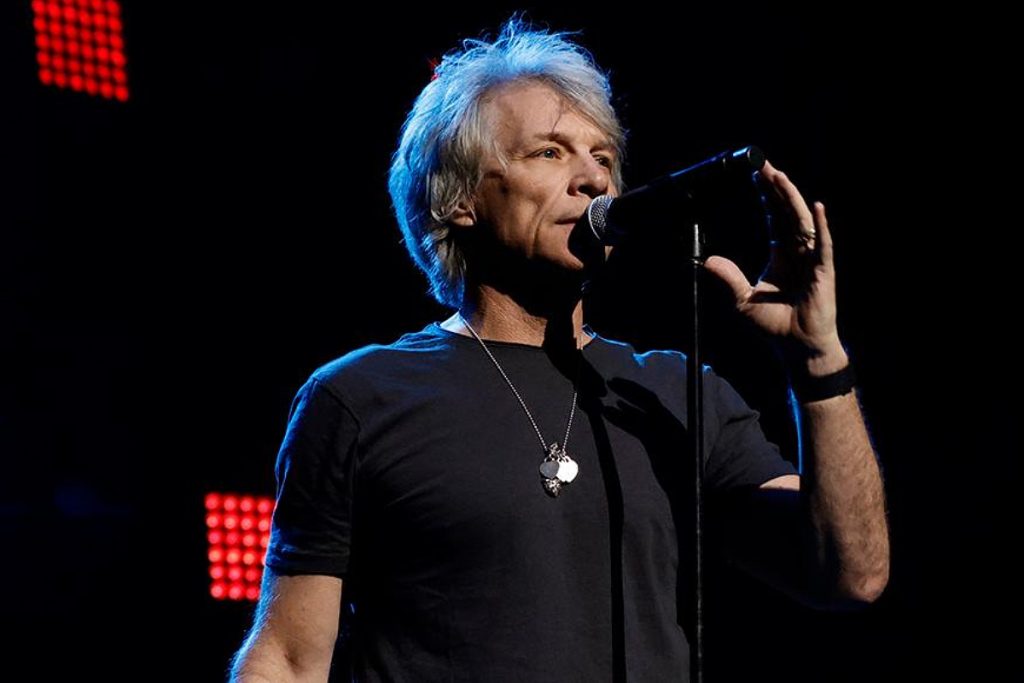 Back in 1991, when he was on his way to see a psychologist, Jon Bon Jovi contemplated jumping out of his car and ending his life. The musician was at the top of his career back in those days, as he released one of his best albums ‘Slippery When Wet’ in 1986.

Although Jovi was supposed to enjoy being famous, he thought of killing himself instead. According to the iconic frontman, he had a breakdown due to touring and making music relentlessly and feeling under the pressure of being a rock star.

In a previous interview on Sunday Mail, Jon Bon Jovi recalled what he felt back then. He said it was terrible, and he wasn’t prepared to be a 25-year-old in a rock band to the head of a corporation. The legendary rock icon then said he was physically and mentally crashed, so he contemplated doing such a thing.

“I remember the burnout. It was terrible. I went from being a 25-year-old kid in a rock band to the head of a corporation. Suddenly, I was the boss employing a lot of people and had to make decisions that affected lives. I wasn’t prepared for that. I don’t blame the managers around us then.

I crashed physically and mentally. My wife said, ‘You gotta stop’. I was driving on the Pacific Coast Highway on my way to see a shrink. I felt like jumping out of the moving car and I’d have been killed. I’m not exaggerating.”

It is no surprise that such a shift from being a young musician to a worldwide-famous rock star is a hard thing to deal with. Considering where he is now, Jon Bon Jovi successfully overcame his doubts, and he is currently among the most successful rock musicians in the scene.