Def Leppard became a prominent figure of the new wave of British heavy metal music movement in the 1980s. Their songs and tune and the band members’ personal lives led them to success, and they built a worldwide reputation. Their name became more known after their drummer Rick Allen lost his entire left arm. This tragedy brought almost a miracle as he started to play the drums with only one hand.

They reached commercial success in the early ’80s in the UK but their third album, ‘Pyromania’ released in 1983, brought them international fame. Especially with the tracks ‘Photograph‘ and ‘Rock of Ages.’ The band is aware that their sound is different and proud that their skills cannot be copied. They do not jam their songs on stage with other musicians like most bands do, and the reason is as simple as ‘because they wouldn’t be able to play it well.’ 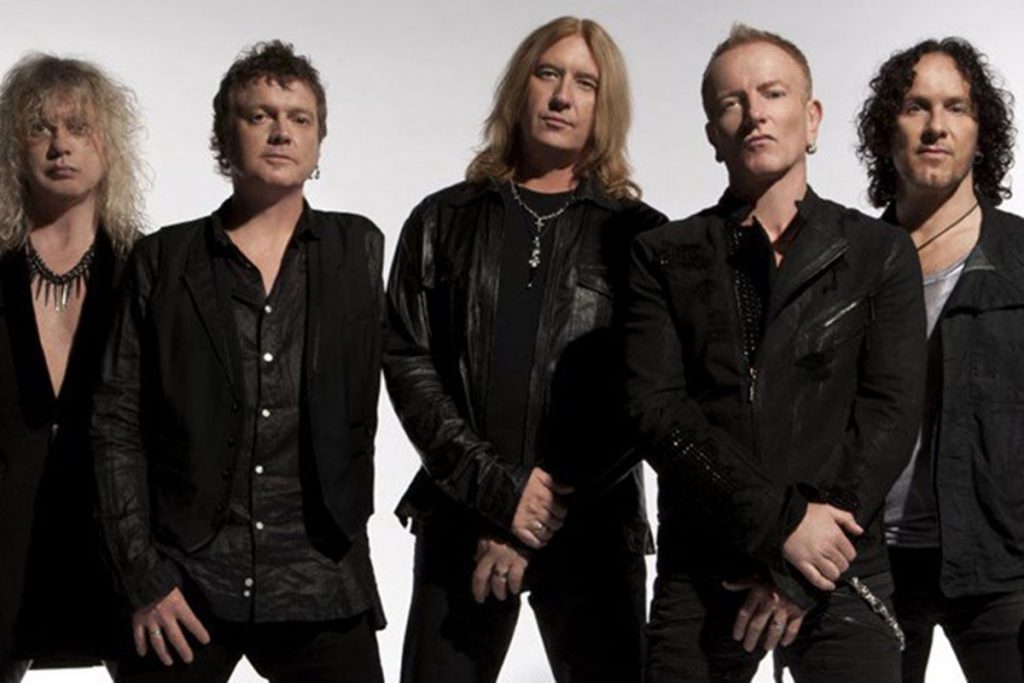 The band’s co-lead Guitarist Phil Collen had a conversation with Dave Lawrence in 2018 and revealed why they didn’t jam to their songs on stage with other musicians. He admitted that it is nice to play with others if it’s not their song and recalled the time Def Leppard performed the Credence Clearwater Revival song with Brian May and Jon Bon Jovi. That was a pleasant memory for him, yet they refused when it came to playing the band’s songs.

He gave an example, saying that their songs like ‘Photograph’ are more complicated and have very specific harmonies. The band generally didn’t want anyone’s music involved because they would mess the song and change the dynamic. He stated that what they do in the band is ‘almost spiritual,’ and any other outside force would ruin that.

Here is how Collen lengthly explained the situation in 2018:

“Usually the songs are pretty complex. We’ve done a Credence song once and brought Brian May out from Queen and Bon Jovi and Richie Sambora another time, that was pretty simple. Stuff like ‘Photograph‘ and those songs are very specific and the harmonies and that, we don’t want someone messing them up. We traditionally don’t do that.

Having said that, I just got off the G3 tour with Joe Satriani and John Petrucci, and we would have a jam session every night, about half an hour and three songs, and we’d invite guitar players. That was amazing, really fun. In Def Leppard, it’s a very different structure, if you like. We use backing vocals as an instrument, and all of the sudden, you can’t just let anyone in on that. It’s going to change the dynamic.”

He went on to say:

“As I said, we have our instruments, and that’s the backing vocals: Me, Rick Savage, and Vivian Campbell, we kind of lock-in. It’s almost spiritual the way we do things. I love it. It’s just a very special thing. Yeah, the other bands don’t do it. Me and Debbi Blackwell-Cook do harmonies all the time, but a lot of the time, we can do it on the fly. On live radio this morning, we were just breaking out a song acoustically. We naturally can do that.

With Def Leppard, we have three-part harmonies, very structured. It is like an instrument. We tend not to do that. Yeah, Delta Deep and Man Raze, we’re able to drift off and do a jam thing. Not necessarily an old blues jam, but literally go off on a tangent like The Police used to do, just that whole three-piece and four-piece in Delta Deep’s case. It’s really fun, and you can’t do that with Def Leppard because it would be like a house of cards, all come tumbling down.“

You can listen to the 2018 interview below.