The Real Story Behind Ozzy Osbourne’s Blunder Saying ‘Who The F-ck Is Justin Bieber,’ See What Happened After That

There were always some different kinds of feuds and controversies between the old generation and young generation celebrities. Sometimes, the predecessors don’t like the works of their successors. They think that the youngers’ music styles and performances are not art. The successors also criticize the old generation musicians because they are still living in the past.

The past is full of these stories. One of the most distinguishable stories among them was the situation between Ozzy Osbourne and Justin Bieber. In 2010, during an interview with Mark Hoppus in his A Different Spin show, the host asked Ozzy Osbourne about the music that he was listening to. Osburne answered the question saying that the new popular songs were easy to remember and he could start to sing after hearing them.

When And Where Ozzy Shared What He Thinks About Justin Bieber?

After these comments of Osbourne, Hoppus asked that whether Osbourne listened to Justin Bieber or not. The reason behind that question was Bieber reached the top of his musical career in the 2010s. After his debut album ‘My World 2.0,’ he became internationally famous and popular. Almost every teen was listening to his single ‘Baby’ all around the world. Therefore, the host wanted to know Osburne’s ideas about him.

However, the answer was very unexpected and shocking. Osbourne said ‘Who the fuck is Justin Bieber?’ This answer was talked about and debated a lot. The people started to question whether Osburne didn’t really know him or not.

What Happened Between Ozzy And Justin Bieber After That Blunder? 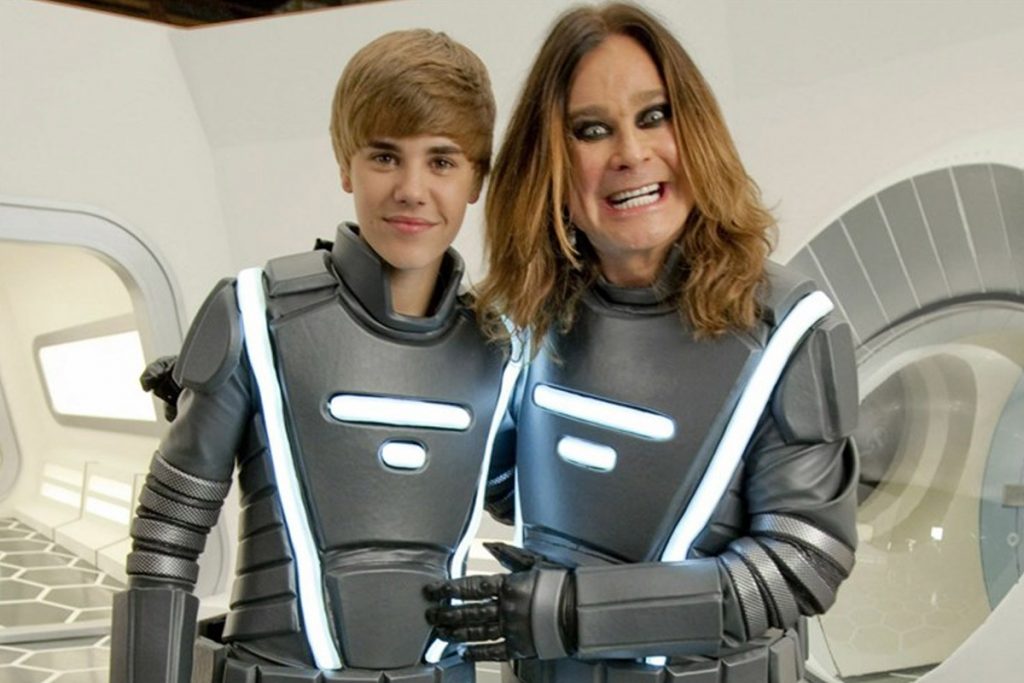 One year later, Osbourne and Bieber acted together in the Best Buy Super Bowl Commercial. The commercial was teasing with this situation between two musicians. In the commercial, Osbourne couldn’t understand and catch up with the newest technology. He was replaced by a next-generation star, Justin Bieber and he continued to act in the commercial.

Then, Osbourne asked that similar version of the famous question again, ‘What the fuck is Bieber?’ Also in a different costume, Bieber criticizes himself saying that ‘He looks like a girl.’ So, there wasn’t any feud between the two singers and the situation turned out to a sit-com scene.

You can watch the videos below.